After three trips to Thailand, Matt Frevola wasn’t stressing the trip to Abu Dhabi for Saturday’s UFC 257 card. And truth be told, as soon as heard of the existence of something called Fight Island, he was going to do whatever it took to get there.

“Ever since I heard about Fight Island, I got serious Mortal Kombat vibes and I wanted to fight there,” he laughs. “It's one of things I love about being a martial artist and being able to fight and train all over the world - learning the different cultures and being able to relate to the people through martial arts. I'm real excited about this.”

At this point, Frevola is excited to be fighting anyone anywhere after a 2020 campaign that saw three fights (two with Roosevelt Roberts, one with Frank Camacho) get scrapped. Yet through it all, the 30-year-old New Yorker stayed busy, stayed focused and stayed positive. 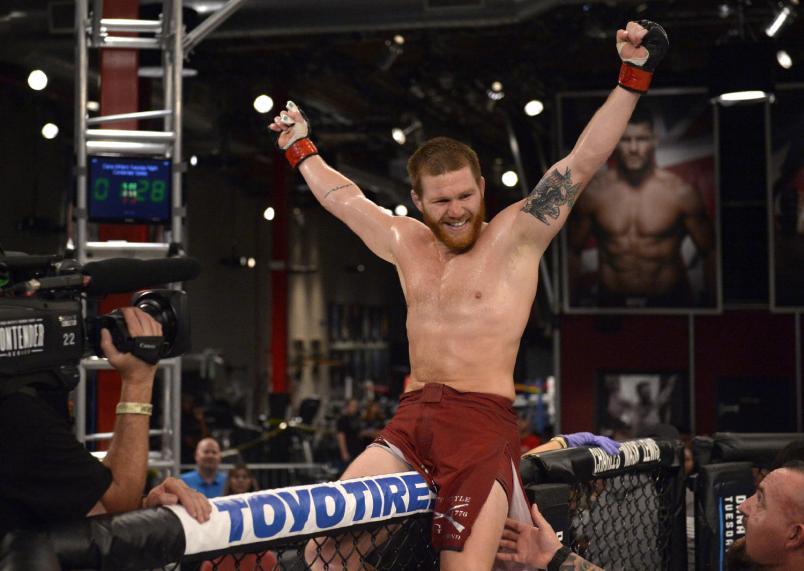 “2020 was a rough year for everyone,” he admits. “For me, I had two fights canceled due to COVID and I had one fight canceled because I got hurt and broke my foot. But honestly, I never stopped training. I was able to train, whether it was quarantine training, whether it was training in my house, the whole year I was working on my craft and I was leveling up. So it could have been worse.”

You can’t get more positive than that, especially with 2020 shaping up to the biggest year in the career of “The SteamRolla,” who is unbeaten in his last three, with a draw against Lando Vannata followed by wins over fellow lightweight prospects Jalin Turner and Luis Pena. Twelve months later, he doesn’t look at the time spent on the sidelines as wasted.

He laughs, knowing that getting back to what he loves to do most is just around the corner. 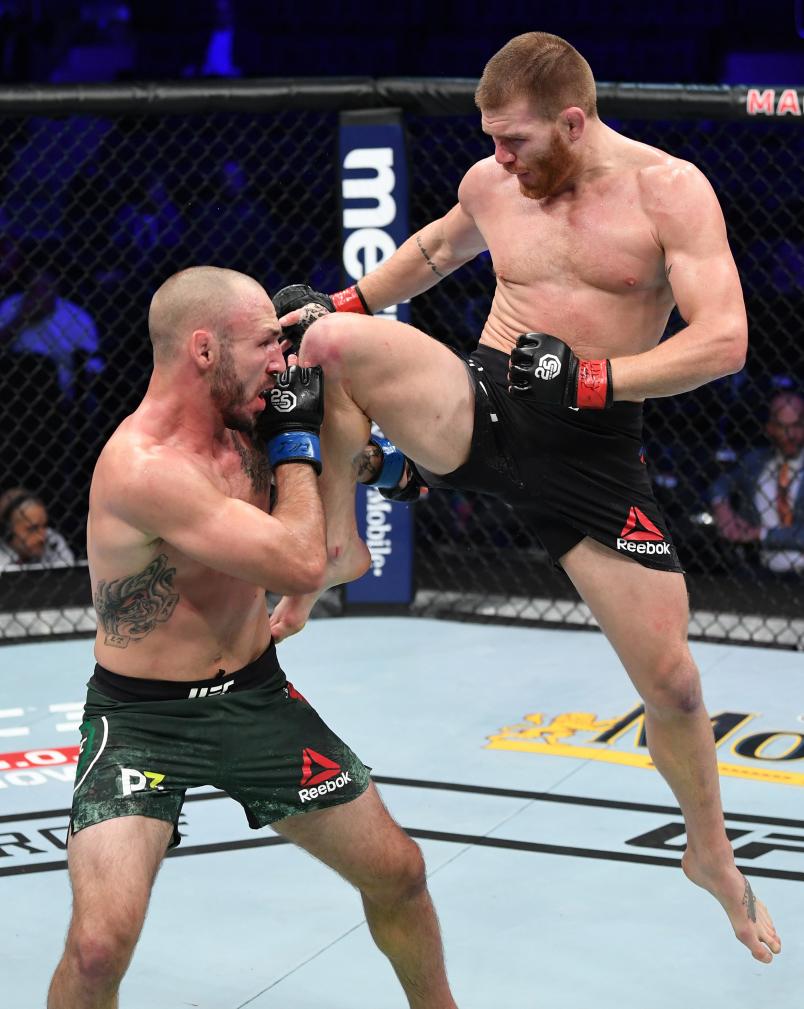 Scrapping to a rare draw with Lando Vannata, 2018 (Photo by Jeff Bottari/Zuffa LLC)

But wait, there was a plot twist on weigh-in day, when his UFC 257 opponent, Ottman Azaitar, was pulled from the bout for a violation of the health and safety protocols on Fight Island. It was déjà vu all over again for Frevola, until the dance card of Arman Tsarukyan became open when his opponent, Nasrat Haqparast, was removed from the event due to illness.

Now Frevola faces Tsarukyan on Saturday, and fight fans are just excited to see this matchup as they were for Frevola-Azaitar. Not excited as the 30-year-old is to compete on the Conor McGregor-Dustin Poirier card, though.

“As much as I try to hide it, I'm a fan just as much as a fighter,” he said. “Even when I'm at fights on fight week, seeing all these fighters walking around, every once in a while I've got to ask for a picture. I love it. I'm a fan of the sport as well as a fighter and being able to fight on a Conor McGregor pay-per-view card, it doesn't get bigger than that. I'm blessed to be able to have this opportunity, especially after having those fights canceled on me. I had my ups and downs after it, but I kept faith, I kept training and I knew my opportunity would come.” 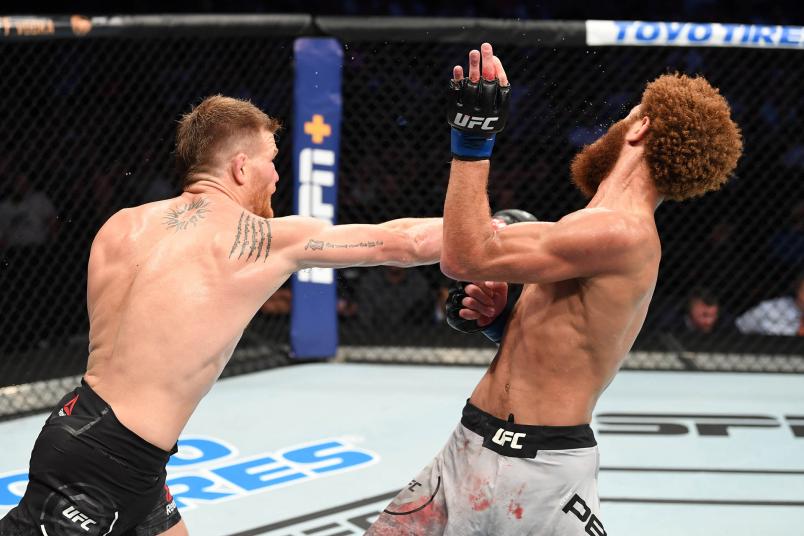 Getting it done against Luis Pena, 2019 (Photo by Josh Hedges/Zuffa LLC)

And here it is, the latest in a series of milestone moments for a young man expected to pile some more on before he’s done.

“MSG was huge,” said the Long Islander of his bout at “The Mecca” against Vannata in 2018. “It didn't get bigger than that for me and then fighting my last fight (against Pena) in Tampa at Amalie Arena was unreal. This, as soon as I heard about Fight Island, I knew I had to get a fight out here. I definitely think about how I'm gonna be able to tell my kids, remember that old pandemic? I got to fight on Fight Island during it. (Laughs) So it's definitely cool and I think it's something I'm going to be able to tell the grandkids about one day.”

As for the possibility that he gets Tsarukyan in trouble and his corner yells out, “FINISH HIM!” in true Mortal Kombat style?

“That would be epic.”