Heading into 2019, Matt Dwyer felt like he was on the precipice of receiving a call to return to the UFC.

Released following a loss to Randy Brown at the end of January 2016, the Kelowna, British Columbia native had put together a three-fight winning streak that included victories over former UFC contemporaries Jesse Ronson and Dominique Steele, with a BFL 53 victory over Chris Anderson sandwiched in between.

Slated to face MMA veteran Joe Riggs towards the end of January, Dwyer felt like a win over “Diesel” would likely do the trick and get him a second chance to compete inside the Octagon.

“I had a three-fight winning streak going into 2019 and I was supposed to fight Joe 'Diesel’ Riggs, and then he pulls out,” began Dwyer, discussing the kick-off to a four-fight slide that produced an extended layoff that ends on Thursday when he returns to the Battlefield Fight League cage to take on Christophe Van Dijk in an interim middleweight title bout at BFL 75. “Chris Curtis says, ‘I’ll fight Matt Dwyer,’ and I said, ‘Sure, why not?’

“I end up losing a five-round war against the guy, and then everything went for a downward spiral after that.” 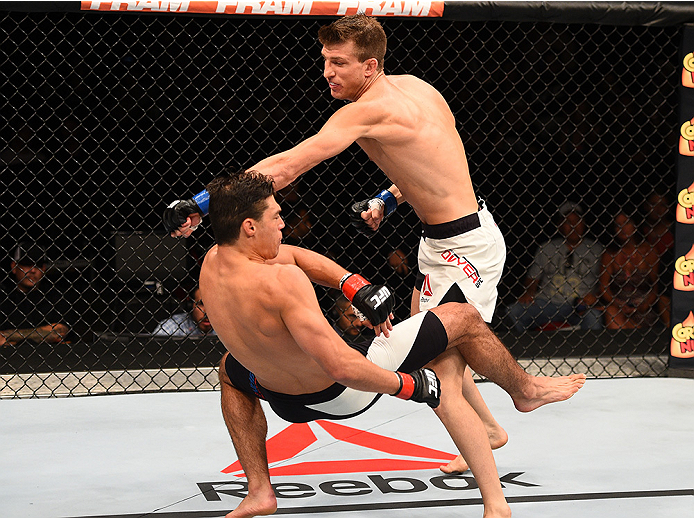 Two more losses in 2019 led into the pandemic year of 2020, and when he did return in March of last year, Dwyer was stopped by the late Elias Theodorou, leaving him on a four-fight slide and in desperate need of a break.

“I needed to take a step back — losing four fights in a row is a tough pill to swallow,” said Dwyer, who logged four appearances as an amateur under the BFL banner before turning pro and posting a 7-1 mark en route to getting called up by the UFC.

He took up a new trade and spent the winter working up north, taking a fight not even really crossing his mind.

He focused on his jiu jitsu, recently earning his brown belt from his longtime coach David Lea, and logged countless hours inside the Kelowna Boxing Club whenever he was back in town.

“I got a phone call from Dave Habib, who runs the Kelowna Boxing Club,” said Dwyer, recounting how he came to focus on his boxing during his self-imposed hiatus. “He asked if I wanted to come in and box with one of his guys — he needed sparring partners because he had a fight coming up — and I said, ‘Yeah, sure, I’ll come help out. I can go and spar a couple rounds; I’ve got that base cardio.’

“I went in there and I felt like I was drowning; the guy was relentless,” he said, laughing at the memory. “It was such an eye-opener for me in terms of what I could be doing with my boxing if I train with these guys and apply that to my MMA game.

“I feel like I’ve improved everywhere so much,” he added. “I’m just a student of the arts, and trying to learn from all avenues.”

The first chance to display all that he’s learned during his time away comes on Thursday night, when he returns to the Battlefield Fight League cage to take on Van Dijk, a Belgian judoka with a 9-5 record in MMA that has faced off with a handful of past and present UFC competitors during his career.

It’s a full-circle moment for Dwyer, who earned a victory in the co-main event of the very first BFL show on May 15, 2010, defeating Sean Zubor by rear-naked choke just two minutes and change into the opening round. He would go on to win the welterweight title at BFL 19, successfully defending the belt once with a win over Shonie Carter before beating Ultimate Fighter alum DaMarques Johnson at BFL 30 in a middleweight contest that produced a call up to the biggest stage in the sport. 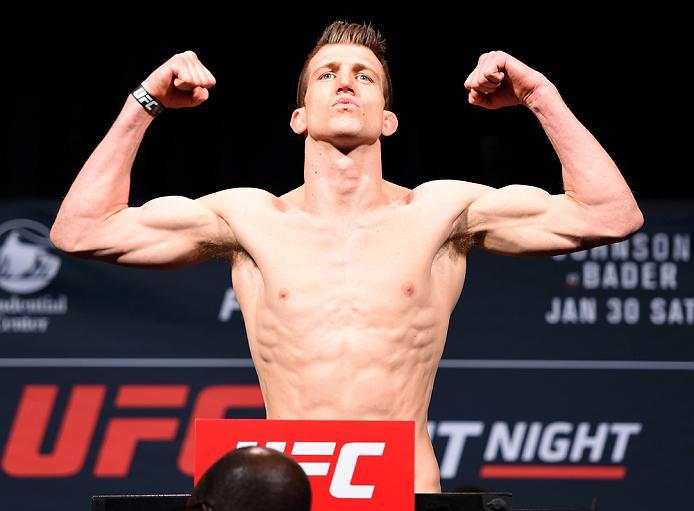 He returned to the Battlefield cage and won the middleweight title at the start of 2018 with his victory over Anderson, but relinquished the belt soon after.

Now, he’s back looking to claim BFL gold for a third time, and finally get things moving in the right direction again.

“It feels great. I’m very intrigued by it all because it’s been such a long time,” Dwyer said of returning to the Battlefield fold. “It’s going to feel great to be back in Vancouver, see all the familiar faces, and being a part of the event.

“It’s the only event in Vancouver and the energy, the vibes — it’s going to be a lot of fun, and I’m really looking forward to it.”

And while he knows Van Dijk is sure to present challenges on Thursday night, Dwyer is banking on his superior size and championship rounds experience to help carry him through.

“He’s got his judo pedigree, right, and I know he has jiu jitsu, as well, so it’s going to be a typical striker versus grappler thing,” began Dwyer, “but I’ve got my brown belt under me now, too.

“It’s going to be my height and reach versus his, where I have the advantage, but from what I’ve heard, he’s a pretty big dude — he’s jacked for his height — so I think he’ll be strong and durable. But going into the later rounds, we’ll see how those muscles hold up, how that oxygen is.

It also has the potential to be a special night.

“It’ll be a full circle, magical moment,” Dwyer said of snapping his losing streak in the first of Thursday’s three championship fights. “It won’t feel real; it’ll feel like a dream.

“To see everyone’s faces and just be smiling again — having my hands raised and that belt around my waist; it’ll feel like magic and a dream come true.”

And if that dream comes true, expect to see a lot more of Dwyer in Vancouver in 2023.

“That’s the plan,” he said when asked about defending the title going forward and taking on all comers, including the champion emeritus. “Jared Revel or whoever else Battlefield sees fit to fight for the title; we’ll be ready.”