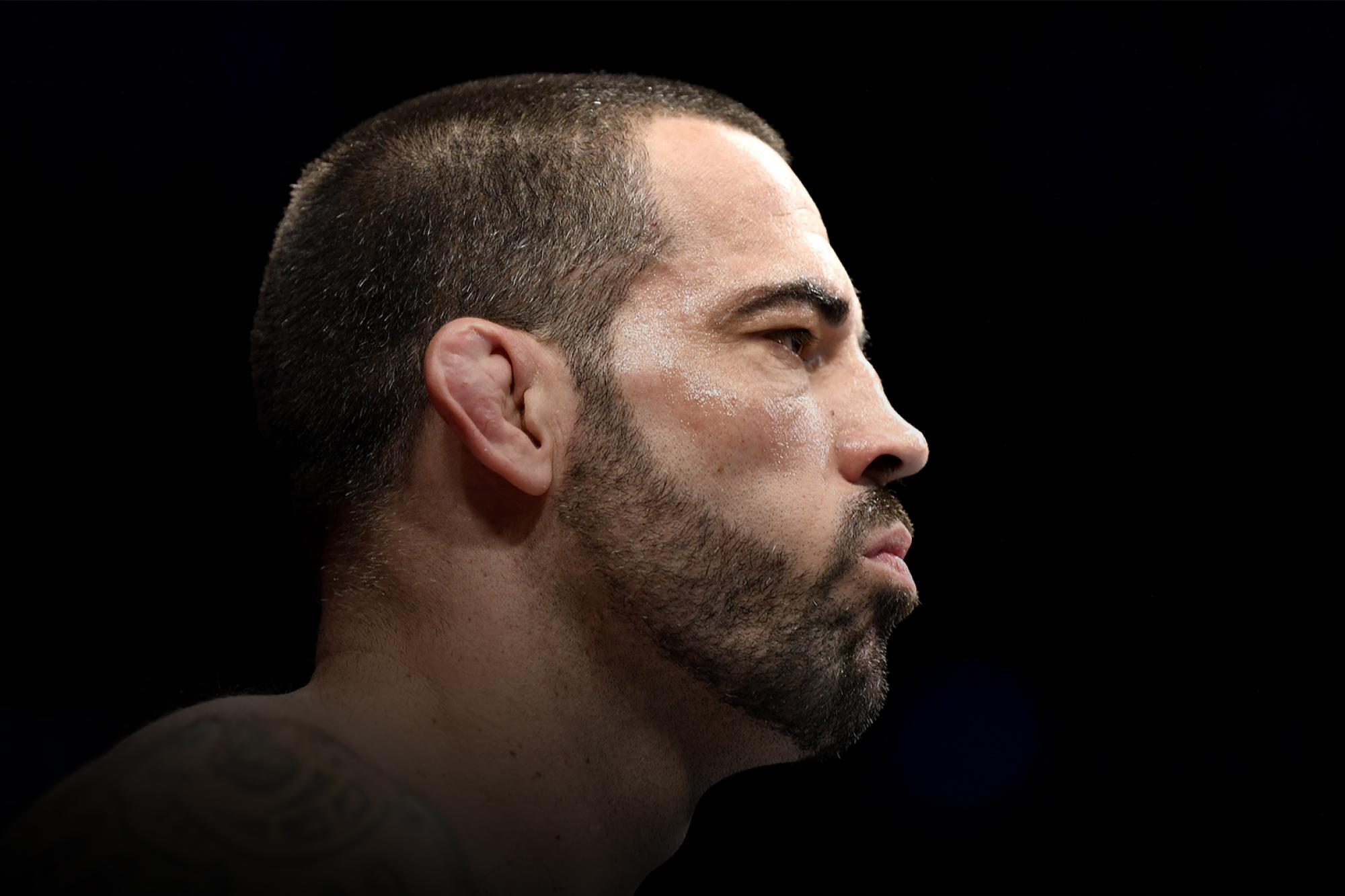 Matt Brown: There’s Only One ‘Immortal’

Matt Brown is probably the last fighter you would expect to be happy about a media tour, but as he made the rounds in his hometown of Columbus to promote his March 28 bout with Miguel Baeza, I wouldn’t go as far as to say happy, but “The Immortal” was in a good mood.

“I couldn’t wait to get up this morning and get this ball rolling,” he chuckled before adding, “I’m used to it now, though.”

After 25 bouts and nearly 12 years in the Octagon, the man with the most finishes in UFC welterweight history should be accustomed to the spotlight, which has always been a necessary evil with him. Simply put, if you put him in an empty warehouse to fight with no one but his opponent and a referee there, Brown would probably be agreeable to such a notion. And that’s always been part of his appeal to the fans. But these days, ask the 39-year-old about his December 2019 win over Ben Saunders, which marked his first fight in a little over two years, and he has a different response than you’d expect.

“Blessed,” Brown said when asked how it felt to be back. “If anything, it felt better. It didn’t feel like I was going through the motions like it was just another fight, just another day. I felt much more blessed, I felt a lot more gratitude, and happiness to be in there. That’s something I was so focused on, just trying to be more gracious, enjoy life more. That’s a piece of my evolution, being a more gracious person and being happy with everything that happens, good and bad.”

Fatherhood can do that to you. Also having your passion nearly taken away for good due to injuries can change your outlook, so now that the father of three is back, he’s even more locked into the notion that what matters is today. Not yesterday and not tomorrow. So don’t ask him about where he feels he sits in the welterweight title picture, his last bout in Ohio against Erick Silva in 2014, or what he’s got planned for after the Baeza fight. None of that matters to him anymore.

It’s a stark statement, but thinking that way has liberated Brown.

Now the purpose is to be in the moment and leave nothing for the swim back, assuming that he’s in the Octagon in March for the last time.

“For me, it was easy to create that fantasy in your mind,” he said. “And I’m okay with that. I’m comfortable with it.”

But is he the last fighter out there with that attitude?

“I bet there are other people, whether intentional or not,” he said. “I just speak out about it. But there’s certainly not many.”

No, there’s only one “Immortal.”