After Matt Brown's impressive TKO win over Erick Silva at Fight Night Cincinnati, the Ohio native has moved up to the No. 6 slot in the official UFC welterweight rankings. 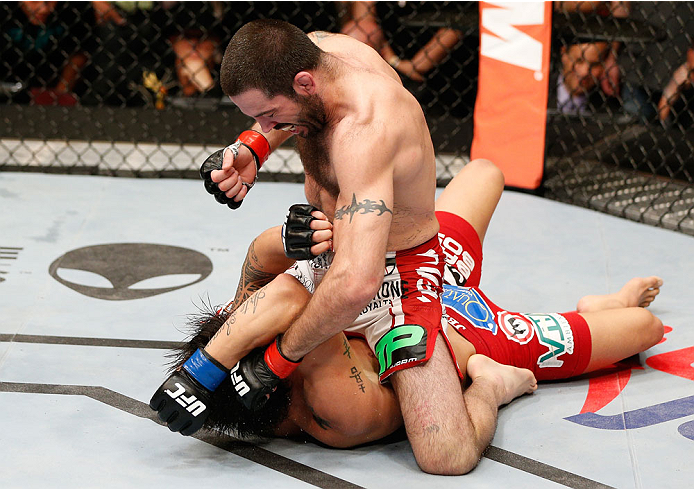 Saturday night Matt Brown placed himself directly in the middle of the UFC welterweight title contender conversation with his impressive third-round TKO victory over Erick Silva, who almost finished Brown in the first round with a devastating body kick.

Many called the back and forth first round between Brown and Silva one of the greatest single rounds in the history of the UFC, and UFC president Dana White said it was a sick fight.

"It's tough not to respect what (Brown) did," White said Saturday night in his post fight media scrum. "There are those guys that go out there and don't do anything, and stand around for three rounds. This kid goes. It doesn't matter who he is fighting, he goes after them. The punishment he can take and keep coming is - that kick would have stopped just about everybody. That shot to the body would have stopped everybody."

Brown moved up one spot in the official welterweight rankings on Monday to No. 6, passing Hector Lombard. With No. 1 Robbie Lawler facing No. 5 Jake Ellenberger at UFC 173 and then No. 3 Tyron Woodley set to meet No. 2 Rory MacDonald at UFC 174, Brown will now wait for his next opponent in a very top heavy division.

"With the absence of Georges St-Pierre, that division has become the wild wild west with just nasty, nasty, unbelievable guys," White said.

Brown was very vocal after his win, asking the Cincinnati crowd who it wants to see fight for the title next. He went on the MMA Hour on Monday and said he thinks he's done enough to be in the conversation.

"I believe that, on paper, when you compare what other guys have done to get title fights, I belive I have done enough to get a title fight. ... But I know it comes down to a lot more than what's on paper," Brown said.

"I don't see what the problem is with giving me a title shot would be," he continued. "I've never had a boring fight. I've got all these records now - for the KOs, significant strikes and, I don't know, everything for punching a person, I think I got just about got a record for it. ... I'm sure that if the reason would be that I have to fight a top 10, top 5 guy, that would be the only reason left. There couldn't be another possible reason not to give me a title fight."

Woodley, who could be in the mix for a shot at Johny Hendricks' title if he can knock off MacDonald, tweeted out after the fight on Saturday questioning whether or not Brown should be in the title picture just yet.

No matter what comes next for Brown, it's almost a certainty that he will give an entertaining performance. 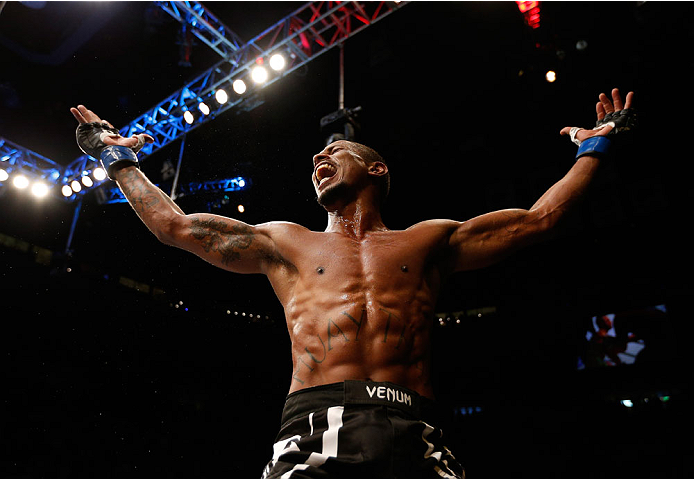 "He's been in there a long time, he knows what it feels like to be in hell," Rogan said. "I'd let him fight for the tite. This kid - Matt Brown - is as fierce as anybody I've ever seen fight. People were saying that about him when he was on the Ultimate Fighter - that there was a thing about him. He breaks (people). Matt Brown is my favorite fighter. He just forces everything to be war."

Other notable changes in the rankings include Lyoto Machida passing Vitor Belfort into the No. 2 slot in the middleweight division, as he prepares for his title fight against champion Chris Weidman at UFC 175. TJ Dillashaw passed Eddie Wineland to secure the No. 4 slot in the bantamweight division and Johnny Eduardo moved into the 12 spot after his impressive knockout win over Wineland at Fight Night Cincinnati after previously being unranked.