Matt Brown didn't care about any of the shenanigans reality TV provided, he just came to the TUF house with a goal to win.
By Walker Van Wey • Jun. 9, 2020

Knowing what we know now, Matt Brown was one of the strangest fits for The Ultimate Fighter in the history of the show.

There is certainly a history of troubled fighters coming into the TUF house, even since season one. Chris Leben opened the door and it seems once a season, there was one fighter running wild.

Matt Brown came into the house with about as heavy of a background as they come. The only difference is that “The Immortal” came to win fights, not hearts.

“It was the first time in my life I kind of had my life together,” Brown said. “I was a personal trainer in New York City and I was actually making a good amount of money. I guess looking at it right now I wouldn’t say I was making a lot of money or giving up so much but I was starting to really enjoy my life and I was in a good place and I had financial stability and a good job.” 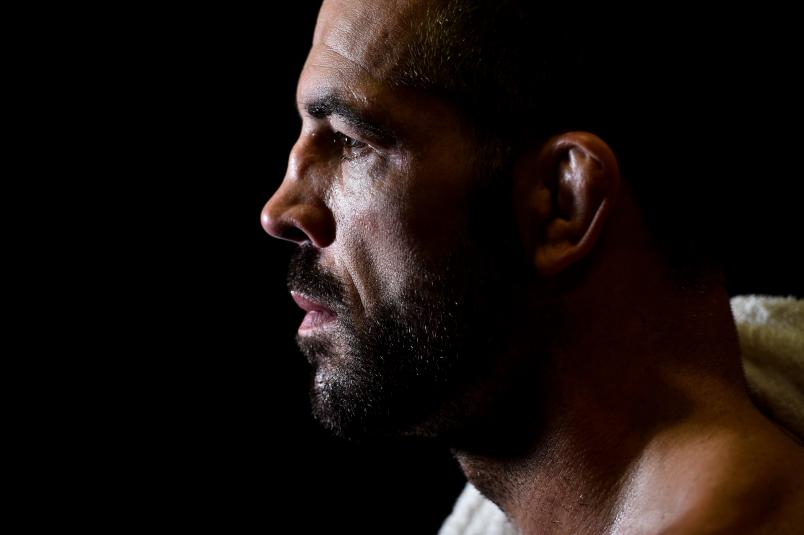 Brown was able to pull a complete 180 with his life just in time to potentially throw it all away for a dream. With plans to accomplish the impossible, Brown left his job, his girlfriend and his stable life to go back to uncertainty.

With a resume like Brown’s, it’s impossible to believe he was once a reality show contestant. His edges were too sharp, and he was too dangerous, too much of a loose cannon. In an environment tailor-made for clashes and shenanigans, Brown found familiarity in the most Matt Brown of ways.

“I just went in there where it was like 16 dudes and it was kind of like jail – which I’ve been to jail multiple times,” Brown said. “I knew I wasn’t going to be the sheep amongst all these lions so I felt like I had to let them know that I’m not going to be the guy you’re messing with.”

Day in and day out, Brown’s eyes were on the prize and there was no effort to intimidate the other fighters. He was calculated and motivated every day and paid little mind to “the reality show life.”

“I was so singularly focused that I wasn’t really interacting with people or staying up at night; I was just focused on myself,” Brown explained. “I didn’t really hear those ramblings a lot, I didn’t hear what people were saying but I don’t think I would have really paid any attention to it if I did hear it.” 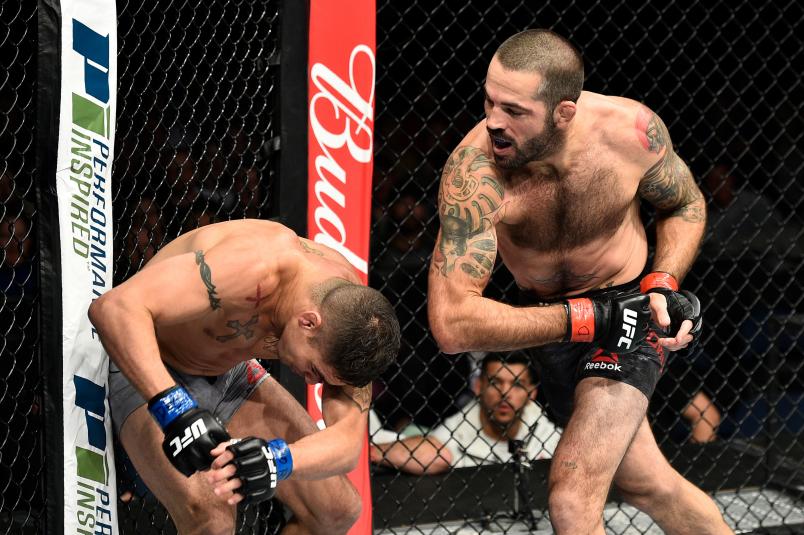 What Brown didn’t hear in the late nights and gossip sessions that inevitably occurred was how intimidating he was. While fighters aren’t a crew that’s easily impressed by the physical capabilities of another man, Brown’s presence was silently felt.

When fellow fighter Jeremy May got bored and put lime juice in Brown’s chewing tobacco, the joke fell flat, and instead of a crew of friends laughing with the prankster, people backed away and shamelessly told the camera, “Matt Brown is a guy you absolutely do not mess with.”

When Brown confronted May, the cackles turned to awkward laughs and the games were brought to a halt.

“I had seen previous seasons of the show and I knew I wasn’t going to be the guy getting picked on,” Brown said. “I had to let them know, I had to put it out there. Jeremy May was the first guy to try something and fortunately I was able to put a stop to that right away.”

Brown went on to defeat May and remove him from the show. Luckily for May, Brown called it even and went back to focusing on his remaining time in the TUF house.

None the wiser to the intimidation he was radiating, Brown doesn’t even recall what his thoughts were while watching the show. The opinions of the other fighters both in and out of the house meant little to him.

“There weren’t any thoughts in my head of, ‘I’m going to walk around like the tough guy’ or anything,” Brown said. “I think I just had a different mindset than most of the people who are just happy to be on the show. For me, I was 1000% focused on doing the best I could every day and not letting stuff get to me.” 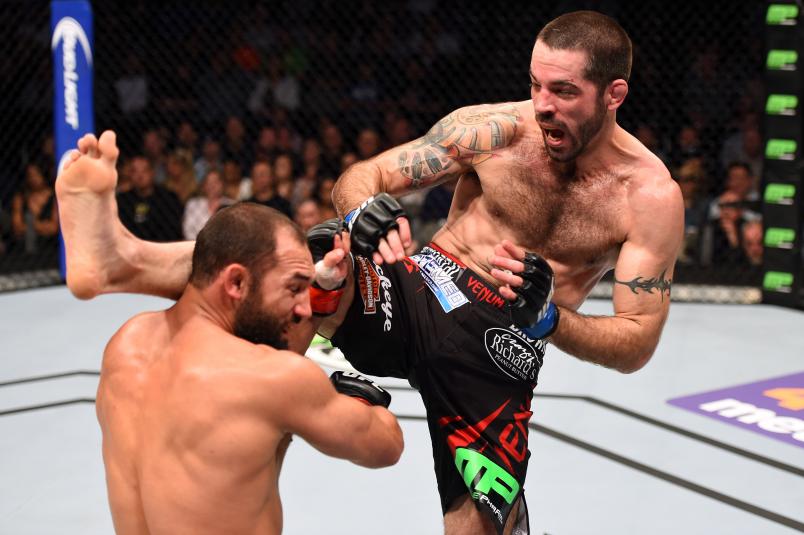 It’s been well over a decade since TUF 7 wrapped and Brown remains probably the only person in TUF history to enjoy his time with no cell phone or contact with the outside world. With complete disregard for fame or attention, Matt Brown is not only the last man standing from TUF 7 but he has also given some of the biggest names in the sport’s history some of their most brutal, painful fights.

“I performed well enough to keep my job in the UFC and always fought my heart out,” Brown said. “I’m not the type of guy to make a show about things or make jokes or anything. I’ve just done the best that I can.”

For a guy who didn’t even make it to the semifinals of his season, it may shock some Brown turned into the fighter he has become over the years, but as displayed all season long, the fighters all saw it coming.

It was all about keeping the focus, because unlike some fighters who use their past to earn their 15 minutes of fame, Brown used it as internal fuel to sustain his 12 year, 26-fight Octagon career, one that’s not done yet.

“I have a lot more to give in this sport and I’m getting back to that same passion that I had before,” Brown said.

Here’s to 12 more years of inadvertently intimidating his peers.

For TUF 7 and all of Matt Brown’s show stopping moments in the Octagon, sign up for UFC FIGHT PASS TODAY!