Matheus Nicolau's Return Gets Him One Step Closer

Flyweight Matheus Nicolau Started Off His Second UFC Stint With A Controversial Victory Over Manel Kape, But He's Ready To Set The Record Straight With Tim Elliott This Saturday
By McKenzie Pavacich, on Twitter @mpavacich_ • Oct. 6, 2021

Matheus Nicolau is eager to get back inside the Octagon, for both the honor of taking on UFC veteran Tim Elliott, and to put his contentious win over Manel Kape in March behind him.

While his split decision victory over Kape didn’t come without controversy, Nicolau’s fresh start to his second UFC stint got him exactly where he needs to be: ranked 11th in the UFC flyweight division, with a clear-cut path ahead of him en route to the top.

And this time around, the 28-year-old is learning every step of the way.

“What I learned is we all have some things that we can’t control in life, and what you have to do is keep doing your part,” Nicolau said of the nearly three years he spent away from the Octagon. “That is what I did during the time that I wasn’t here fighting.

“I was trying to evolve, to focus 100% on my martial arts and on my evolution, and then I had this opportunity again. So resilience, doing what you’ve got to do, and not getting frustrated at things you have no control over. I think I got a little more mature with the whole situation, too.”

With that maturity came a sense of clarity regarding which division the Brazilian would be competing in. After bouncing back and forth between bantamweight and flyweight, Nicolau has found a home in the 125-pound division.

“I feel good in both, but for now I think flyweight is my division,” he said. “At bantamweight, I used to fight guys that are a little bit taller and stronger than me. In the beginning of the fight they’re a little bit more dangerous, but as the fight keeps going I see that I get used to them better and better. But for now, flyweight is my division. It’s where I’m focusing on climbing to the top to get the belt.” 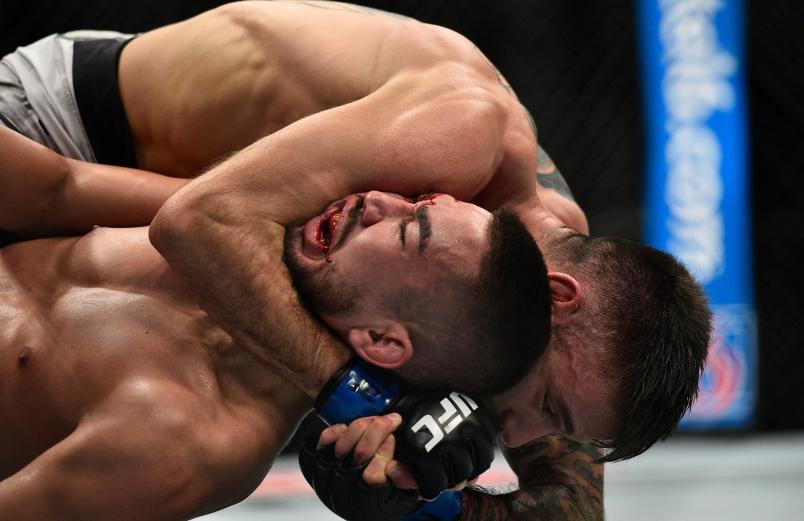 Matheus Nicolau of Brazil attempts to secure a choke submission against Louis Smolka in their flyweight bout during the UFC 219 event inside T-Mobile Arena on December 30, 2017 in Las Vegas, Nevada. (Photo by Brandon Magnus/Zuffa LLC)

Another hurdle Nicolau is forced to clear is working to ignore the naysayers and unsolicited criticism, while still leaving himself open to the critique that is necessary for growth.

“In a sport like this, we hear a lot of criticism. What I learned is to choose who I’m going to listen to,” Nicolau said, smiling. “Criticism is good. I’m a really critical guy about myself — every time I watch my fights I try to see where I made mistakes, where I did good, what I can do to get better — I’m really, really critical about myself, and I like to hear criticism from the people that I trust. 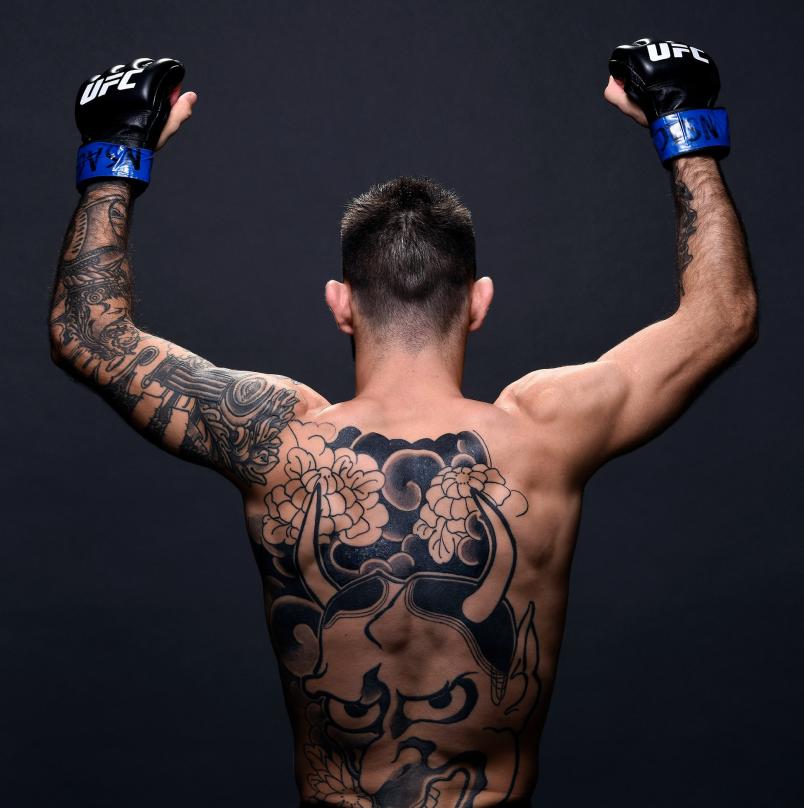 With a clear goal, a set weight class and the ability to tune out the noise that comes up during fight camps, the 11th-ranked Nicolau is finally ready to work his way up the ranks, starting with the ninth-ranked Elliott this Saturday at UFC Fight Night: Dern vs Rodriguez.

“Tim’s a veteran of the sport. He’s been fighting at a high level since I started doing this, so I’m really honored with the opportunity,” Nicolau said. “I have a lot of respect for him and his martial arts and his team. He’s got a great team. But I’m really motivated to get this victory; I think this victory will put me one step closer to my goal.”

While there’s sure to be some noise inside the Octagon with the mind games Elliott has brought to his last few fights, Nicolau is ready for the challenge. 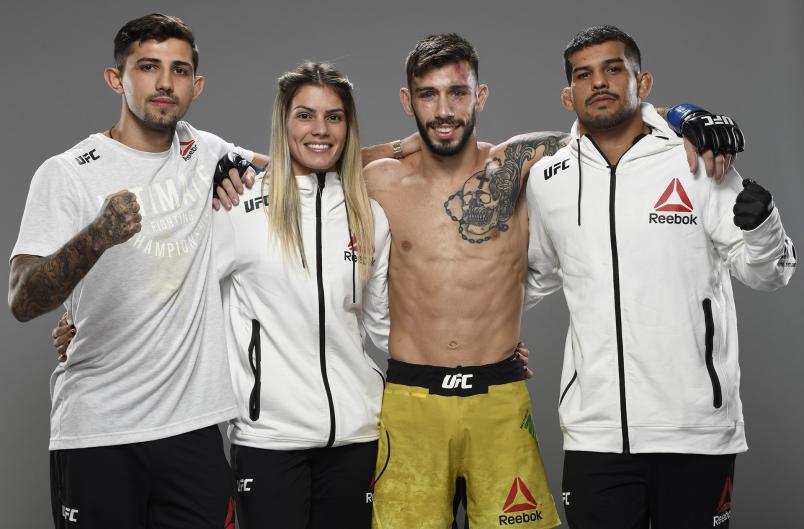 Matheus Nicolau of Brazil poses for a portrait after his victory during the UFC Fight Night event at UFC APEX on March 13, 2021 in Las Vegas, Nevada. (Photo by Mike Roach/Zuffa LLC)

“You never see Tim Elliott in a boring fight. He’s really well-rounded so he fights, and he fights forward. He always goes for the fight. I like when people fight with me, so I think our styles match. One thing that I’m sure — the fans will love it. This is going to be a great fight.”