Masvidal declares to hurt Maia, continue climb up the ranks 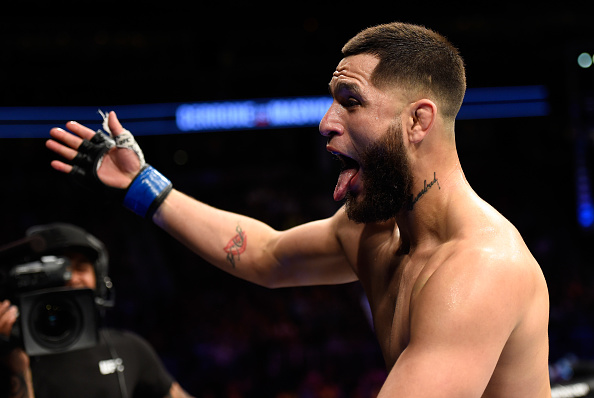 At his core, Jorge Masvidal is the same guy today – 14 years and 43 fights into his career as a professional mixed martial artist – that he was when he took his first step down this road.

While a lot of fighters talk about “anyone, anywhere, anytime,” the 32-year-old Miami native has been living that life from the jump, always more interested in competing against the best and finding out where he stands than padding his resume with easy wins against overmatched competition.

“There are a lot of pretenders, even current champions, but I won’t mention any names right now and make them famous, that don’t want to fight the best,” said Masvidal, spitting fire upon arrival in Dallas, Texas, site of UFC 211, where he’s set to take on Demian Maia in a pivotal welterweight clash. “The only reason why I got into it was one day I said, ‘The guys that are currently champions – I can’t beat those guys now, but one day, I’ll be ready for those guys’ and I want to fight the best in the world.

“I get no enjoyment from playing chess with a child; I like to compete against the best in the world and that’s the enjoyment,” he continued. “That’s when I can wake up at six in the morning, hit the pool and come back three hours later and hit my weights and all that stuff that I have to push myself through. There has to be a drive there.”
Get ready for UFC 211: Fight card | Reasons to watch | On the rise at UFC 211 | Camp updates: American Top Team, Strong Style | Andrade has become best version of self as strawweight | Watch: Free fight: Dos Santos vs Miocic 1 | Inside the numbers for the main event | UFC 211 extended preview | Do not miss out! Order the PPV now

Over his last three fights, the drive has been apparent, as Masvidal has notched victories over Ross Pearson, Jake Ellenberger and Donald ‘Cowboy’ Cerrone to climb to No. 5 in the UFC Fighter Rankings and saddle up next to Maia in what most believe will determine the next title challenger in the welterweight division. 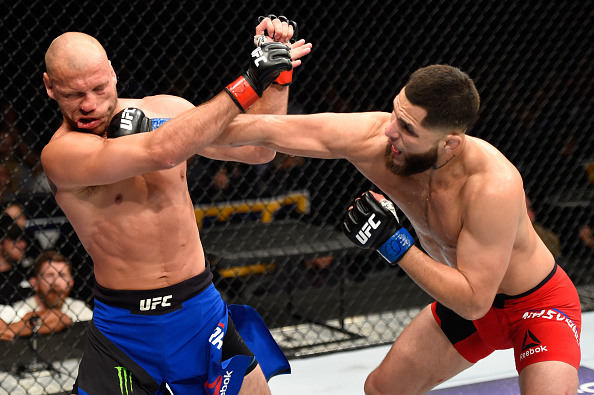 long before he debuted in the Octagon, his second-round stoppage win over Cerrone earlier this year finally put Masvidal on the map with the larger audience, setting the stage for this weekend’s clash with the surging Brazilian jiu-jitsu ace.

“These are the fights that I need,” he said of his recent assignments against ranked opponents and Saturday’s potential title eliminator against Maia. “Now that I’m getting my opportunity, I’m going to show up and show out. Whoever they put in front of me, I’m gonna destroy ‘em and luckily, they’ve been putting in better and better opposition.”

While his ethos has remained the same, his approach in the cage has shifted dramatically during his current three-fight winning streak, a change implemented in order to help avoid the frustration and heartache that comes with landing on the wrong side of three split decisions in four fights.

He spoke with his coaches and consulted officials he knew from the regional circuit in South Florida where he cut his teeth and continues to call home. He wanted to know what he was doing wrong, what he could improve and how he could avoid suffering the same fate in the future.

“Since the first day I laced up the gloves and got in my first sparring session, you could tell already that I was a natural counter-fighter because I could see the things in slow motion. I could fight going backwards,” said Masvidal, who earned early career victories over Raphael Assuncao, Joe Lauzon and Yves Edwards. “But that don’t pay the bills.

“These judges can’t see you going left or right. They just can’t see it even though I throw more, I land more and, in most of my fights, I do the most damage. It’s crazy to me, so I said, ‘I’ve gotta do all I can to not let it go to the judges,’ but it’s not always easy to do that. A guy might not come to fight and if they don’t come to fight, it’s a really long f****** night.’

Thus far, there haven’t been any long nights at the office for Masvidal since he’s adopted a more aggressive approach inside the Octagon.

The change started with his performance against Pearson and carried over to his win over Ellenberger, whom he dropped early in the opening round. Though he started slowly in his bout with Cerrone, it turned into an eye-opening performance once “Gamebred” got rolling.

After clipping “Cowboy” late in the first, Masvidal came out hot to start the second, forcing Cerrone backwards, using his full offensive arsenal to punish the hometown favorite before knocking him down and collecting the finish a minute into the frame.

It’s been a major shift in approach for the surging South Florida native, one that he continues to focus on in every camp, but it has produced nothing but positive results thus far and he’s confident that Saturday’s showdown with Maia will show the full extent of what he’s capable of inside the Octagon.

“It’s been a work in progress,” he said in regards to overhauling his style. “You saw it in the Jake fight, you saw it in the Cowboy fight and you’re about to see a real-life assassination in the Maia fight. I’m gonna hurt this guy. I’m not gonna let him breathe.”