More Than Ever, Marvin Vettori Believes He Has What It Takes To Become A UFC Champion
By Zac Pacleb, on Twitter @ZacPacleb • Oct. 21, 2021

Marvin Vettori stops short when sharing his thoughts about what Paulo Costa brings to the Octagon. Not out of concern of giving anything away, but more in a dismissive manner because, frankly, Vettori believes in himself and his skills above all else, so whatever his Brazilian opponent brings is nearly irrelevant.

“People, with me, never fight the way they fight with other people,” Vettori told UFC.com.
“That’s because I come out in a way that people feel like they can’t do much. The level of technique and everything that I bring, they don’t feel comfortable fighting the way they fight with other people. That’s a point that he has to understand. We’ll see. He’ll come out, he’ll fight his fight, and I’m just better.”

Looking at Vettori’s fights, he has a point. Although “The Italian Dream” tasted defeat in the Octagon, he has never been finished, and he is rarely completely out of the fight.

As he developed his skills over the years, Vettori has become a complete mixed martial artist, one with suffocating grappling, slick boxing and defensive movement, as well as an intensity few in the promotion can match. It’s that all-around ability in which Vettori takes pride, and it’s also what he feels befuddles his foes, preventing them from getting into their usual flow against him.

“I’m just too well-rounded,” he said. “They don’t feel like they have the opportunity. They get shut off. The intensity, the energy – most of the time, the fighters are thinking about defending what I bring than actually doing things to me. That’s actually the case. They’re not really thinking that much offensively many times when they fight me. They’re thinking defensively, so that’s why.”

It’s that mentality and ability that put Vettori on a five-fight winning streak and back into the Octagon with middleweight champion Israel Adesanya in June. Three years after his split decision loss to the now-champion, Vettori stepped into the Octagon with all the belief in the world that his destiny was to avenge his loss to Adesanya and become the first Italian-born UFC champion.

It didn’t happen, though, despite Vettori’s efforts. For five rounds, Vettori tried to get the fight into his world, to walk Adesanya down, to take the fight to the mat. He got close, taking the champion’s back and nearly sinking in a choke, but the position was reversed, and the judges each gave all five rounds to Adesanya.

And so, the journey back to the title begins anew. Vettori believes he’s ready to show “another version” of himself against Costa, who is also coming off a failed title shot against Adesanya. 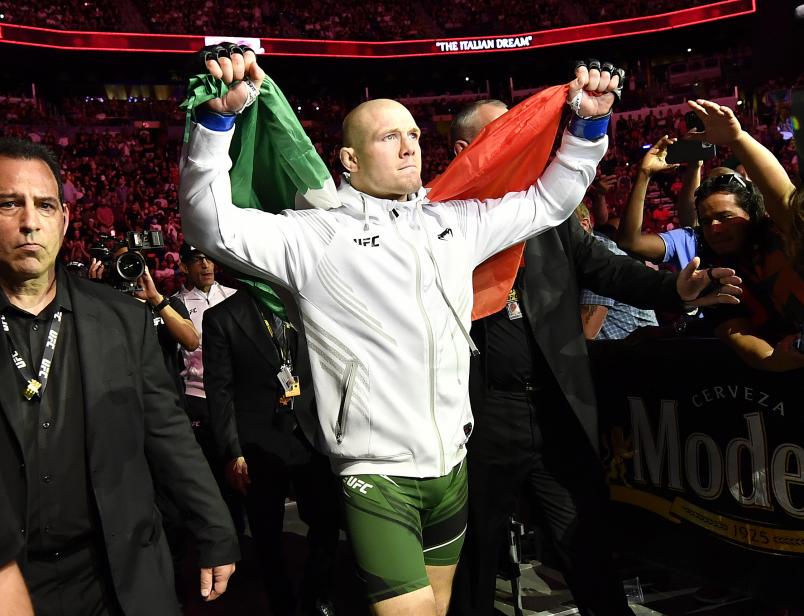 Marvin Vettori of Italy prepares to fight Israel Adesanya of Nigeria in their UFC middleweight championship fight during the UFC 263 event at Gila River Arena on June 12, 2021 in Glendale, Arizona. (Photo by Jeff Bottari/Zuffa LLC)

In Costa’s bid for the belt at UFC 253, the Brazilian never really got going, and the fight was more of a display for Adesanya. It ended with Costa losing via knockout in the second round, and UFC fans haven’t seen “The Eraser” since.

Even so, Vettori understands that he has a threatening fighter to deal with in the main event on October 23, and he’s well-aware of the problems Costa presents in the cage.

“He’s dangerous if you let him build up his momentum,” Vettori said. “With that being said, I think I’m way superior in all areas, to be honest. I just look forward to going out and seeing those holes and picking him apart and exploiting those holes and eventually taking over and finishing him.” 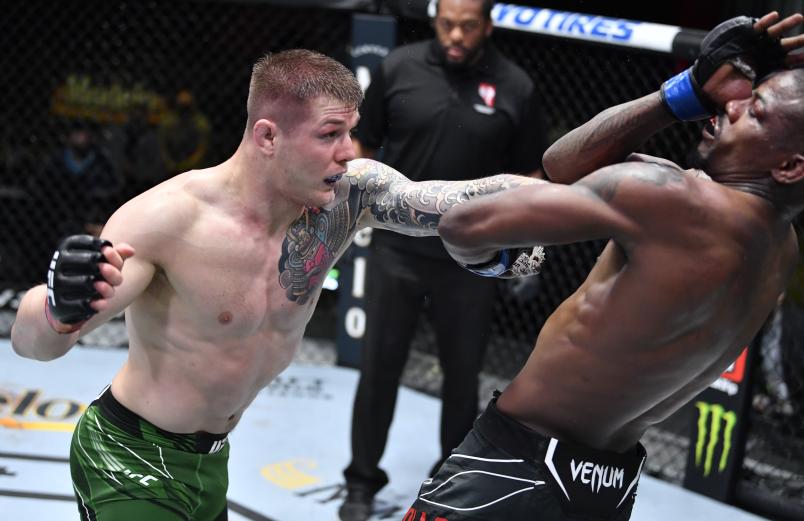 Vettori’s resolve to be the best in the world is unabashed, perhaps even more so after his second loss to Adesanya. Something about that fight opened Vettori’s eyes to the belief that he would become champion one day, although he declined to share specifics as to what clicked in his head in the aftermath of the bout.

Regardless, the point is: Vettori is undeterred in his quest for the belt. Although the path is a little murky at the moment as Adesanya’s reign continues, Vettori is going to just do his part and let it play out, which starts with taking care of business against Costa.

“I know I will be (champion),” Vettori said. “It was such a thing in my mind before this, but now it’s actually so clear to me that I will be, and I want to fight everybody. I’m going to fight all the best, and so it’s just going to happen. I won’t even have to push it. I’ll fight the best, I’ll be the best, and then if it’s prior to the title or after I win the title, that doesn’t really matter to me.”