Martinez Ready to Fight Whenever, Wherever, and Whoever

"I’m not looking at this fight the same way I looked at that one. I feel more like myself." - Henry Martinez 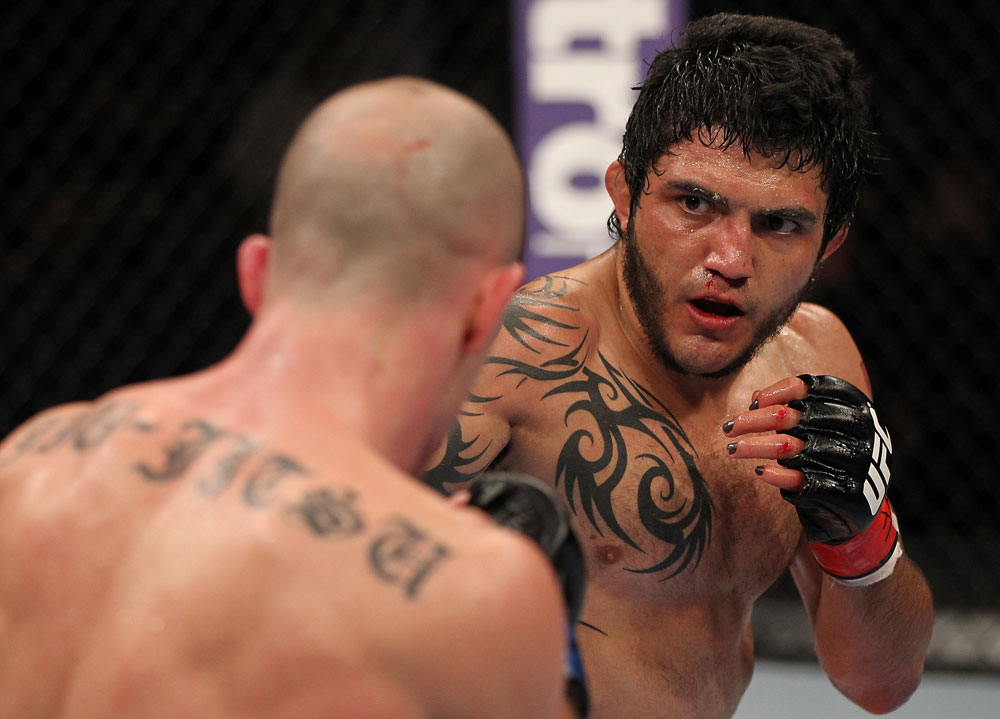 Henry Martinez has rarely been the biggest man in the ring or Octagon on fight night, but that’s never deterred him from his path or stopped him from winning nine of his 11 pro bouts. In fact, he’s embraced that notion from the time he started watching the early days of the UFC.

“I thought about that since watching it on Day One and just thought ‘wow, imagine fighting somebody that big, like when Keith Hackney fought Emmanuel Yarborough,” said Martinez, referring to the UFC 3 bout in 1994 when the 200-pound Hackney defeated the 618-pound Yarborough in one of the sport’s most memorable moments.

And though the 29-year-old southpaw didn’t give up that much in the modern-day UFC when he made his debut against Matt Riddle in February, the short-notice match did provide its share of obstacles for Martinez to overcome on fight night, none of which he’s complaining about, because when the UFC calls, you usually answer.

“The UFC comes a calling, you can’t really say no,” said Martinez, a pro since 2006. “That’s a call you wait for in training all the time. You fight in these regional shows and struggle though and you work this odd job and that odd job, and really struggle along the bottom of things for a long time, and when you get that call, you can’t really say no. It’s not really an option of ‘am I in shape, am I mentally ready?’ It’s just let’s go for it.”

Two weeks before the UFC 143 bout with Riddle, Martinez submitted Ali Hanjani in the second round of a local bout in his native New Mexico. In it, he broke his foot, but he took the Riddle fight anyway. For good or bad, it’s what fighters do.

“I just wanted to go in there and give it hell and give the best performance that I possibly could under the circumstances,” he said. “I got that call the Thursday night before and I was like ‘okay, here we go. I’m out of shape, my foot’s broken, I’m fighting up a weight class, oh well, let’s do it.’”

What resulted was a star-making performance that didn’t earn Martinez the win, but definitely earned him plenty of fans and plenty of respect as he battled Riddle tooth and nail for three fast-paced rounds in a division above his usual 155-pound class before losing a split decision.

“I was just focusing on the fact that I had to perform and I just pushed through mentally,” he said. “I think if I had been in shape, I could have really kept that pace that I had in the first round. I started to fade in the third round, and standing up off the stool in the third round, I just took a deep breath and was like ‘this is gonna suck.’”

He laughs, but thinking back and knowing that he was going to be in for a rough five minutes didn’t deter him that night and wouldn’t stop him from doing the same thing in the future, as sometimes the battle is more important than the result, and when it was over, plenty of people that enjoyed the battle believed that the result wasn’t a just one.

“I get that from a lot of people, and I think a lot of people think I came out on the winning end of that one, but it is what it is if you leave it in the judges’ hands, and that happens sometimes,” he said. “What can you do?”

Nothing, except win the next one, and though Martinez’ subsequent match with Bernardo Magalhaes in June wasn’t an all-out scrap like the one with Riddle, “Sicario” admits that an 0-2 start to his UFC career wasn’t an option if he wanted to stick around. So he did what he needed to do in order to secure the victory.

“It’s two and out a lot of times in the UFC, so going into that second fight, I really had a gameplan in my head and I thought my standup’s a lot crisper and better than Magalhaes, him being more of a jiu-jitsu guy,” he recalled. “I’ve also got a black belt so I wasn’t really afraid of being submitted or knocked out or anything, but in my performance with Riddle, I really went out there and swung for the fences and let the cards fall where they did, and I was afraid when the time came that I might lose on positioning and I did. Magalhaes’ only objective was to try to get that fight to the ground, so I was really afraid to lose on the same principles in the judges’ eyes if it went the distance. So I think I ended up fighting a lot more tentative fight than I really wanted to and could have.”

He did get the win though, taking a split decision over Magalhaes in his return to more familiar confines at lightweight. Now 1-1 in the Octagon, Martinez readily admits that he’s got a new lease on his UFC career as he gets ready for his Saturday bout with Daron Cruickshank, which was a fight originally scheduled for the scrapped UFC 151 event.

“When you get some breathing room in there and get some fights under your belt and you do establish that you show up and you perform, you’ve got a little bit more leeway to play with and open up,” he said. “Not always, but that’s the way I see it. Where I was, being a newcomer, if I had lost the last fight, my neck was on the chopping block, and it really does weigh on your mind. It’s hard to go back to fighting regional shows, because ultimately you want to be on the big stage. But I’m not looking at this fight the same way I looked at that one. I feel more like myself.”

And the way the Jackson’s MMA product is approaching things these days, he’s not going anywhere – well at least not promotionally. As for his weight class, he doesn’t rule out a visit to featherweight.

Keith Hackney would be proud.