"I want to get back on a win streak. I’m very motivated and feel that I’m in a good place to show it on August 28th." - Martin Kampmann 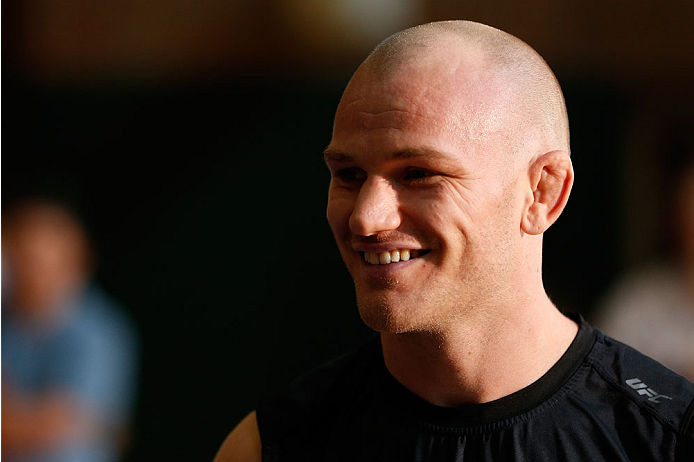 It’s been a long year for Martin Kampmann. The welterweight contender headed into a November 2012 showdown with Johny Hendricks riding a three fight win streak, and he hoped to earn a title shot in the process of beating the powerful wrestler.

Instead, Hendricks knocked Kampmann out early in the first round and is now the one set to face champion Georges St-Pierre this November. The Dane has not fought since that devastating loss.

But on Wednesday, he gets a chance to right his course against former interim titleholder Carlos Condit, whom he faced and beat back in 2009. Many fighters choose not to watch bad losses of theirs for fear that it will mess with their heads.

Heading into his rematch with Condit, “The Hitman” says he’s watched his loss to Hendricks.

Having to sit on a loss as your last fight for so long before getting a chance to win again made matters even worse. “When you get a loss you want to get back in there and erase it. You want to get back on a win streak,” Kampmann explains.

“When you watch the fights and you can’t train because you’re injured it’s hard, physically and mentally…I really wanted to get in there but I just had too many outside things to deal with and injuries. It would not have been a smart thing to do.”

So, Kampmann waited, and worked and healed. And he trained around his injuries when he could.

During a stretch when he had thirty cc’s of fluid taken out of a knee, for example, Kampmann got into the gym to lift weights for his upper body. When he could put weight on his knee, he got in the ring and moved around without contact. “I did whatever I could,” he says.

Kampmann may have been out of the limelight for nearly a year at this point, but he’s stayed moving and he says he’s ready and eager to fight Condit again at UFC Fight Night in Indianapolis.

“I want to get back on a win streak. I’m very motivated and feel that I’m in a good place to show it on August 28th,” the 31-year-old says.

“It is an honor for the UFC to put us in the main event spot. The reason they are doing that is that they know we fight. We come in and go for the finish. We go for the kill.”

Kampmann is certain that he can beat Condit again, despite holding his opponent in high regard. “I feel I match up well wherever the fight goes,” he says.

“We are both very well rounded fighters. He’s got really good jiu-jitsu and is dangerous off his back. He’s dangerous on top as well, but he goes for the finish even when he’s in tough spots and on the bottom. His standup striking is unorthodox. He does spinning elbows and flying knees that, while risky, can finish a fight if they work out. He mixes his game up and I plan to go for the finish, too. That’s a recipe for a great fight,” Kampmann smiles.

Their first encounter was certainly exciting as well as evenly-matched. Kampmann won a close decision.

This time out, however, the fighter out of Vegas is sure that he’ll finish Condit. Why is Kampmann so certain that he can finish Condit inside of their scheduled five rounds? Well, because he has no interest in fighting for five straight rounds, that’s why. “I have five rounds to do it. That’s a long time,” Kampmann chuckles.

“I want to get the finish. I’m going to finish him so I don’t have to go five rounds.”