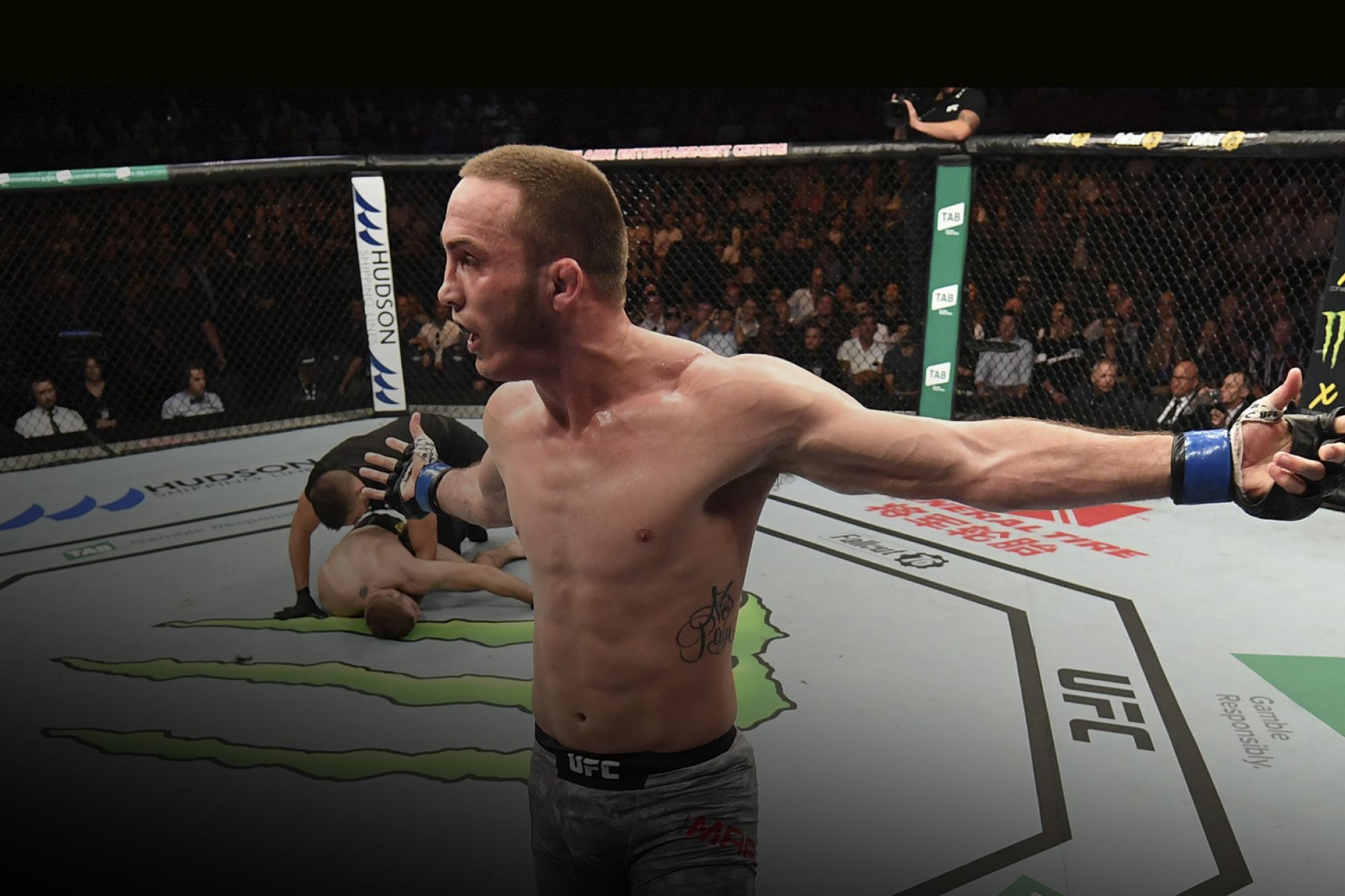 If you talk the talk in the fight game, you better be able to walk the walk. But backing up trash-talk isn’t an issue for welterweight Rocco Martin, it’s what he does.

Martin’s confidence is at an all-time high after a very successful move up from lightweight to 170lbs. In 2018 he was able to string together three wins, including finishes over Ryan LaFlare and Jake Matthews. His performances more than justified the move-up, they gave Martin’s fans and his haters more to talk about.

Martin is perfectly OK with that.

“Honestly I’ve grown up talkin’ s*** to everyone,” Martin said. “Every training partner and ever opponent. It helps me feel loose out there. I walk into ATT and everyone starts talkin’ s*** to me. It’s fun.”

The American Top Team product is set to scrap with Sergio Moraes at UFC Wichita on Saturday in a match-up that has fight of the night potential. During his fight camp Martin paid close attention to Moraes jiu jitsu game as well as striking habits.

And while he believes the fight specific aspects of preparation are important, its Martin’s mentality that is his biggest weapon.

“You can see me getting in the cage now at 170lbs and you can see the confidence that I have in there,” Martin said. “And the enjoyment that I’m getting because mentally I’m just so strong now. Positive energy and momentum are behind me right now. This is my time.”

Stylistically Martin feels that he is a difficult guy to fight and when he was at lightweight he was making simple errors that forced him to drop some fights. Now that he’s moved up to welterweight and feels the dramatic difference in energy and health, Martin has been able to combine his raw talent and mental fortitude.

That maturing process doesn’t happen in a day or a fight camp or in a year, it’s something that Martin has worked at for years. He believes that 2019 is the year that he begins his climb to the top.

“Earlier in my career when I was losing you could tell it was mental mishaps,” Martin said. “But now I’m putting it all together and I’m a scary guy. How do you fight me? That’s the question, like what do you do? You gotta be scared to take me down because you know my submission game is top notch. And now I’m showing on my feet I can strike with anyone in the world.”

Martin is expecting a fast start from Moraes and he’s looking forward to getting punched early and often. Yes, you read that correctly.

“He’s going to come out throwing heat,” Martin said. “I just visualize him hitting me a few times and me just smiling at him. I really do like getting hit because when I get cracked I know that this isn’t just a sport, this is a fight. I want to feel it and I want to feel that we’re both giving one hundred percent and getting after it.”

Martin and Moraes will get after it on Saturday March 9th at UFC Wichita. Make sure you tune into ESPN+ at 8pm/5pm ETPT to see if Martin can extend his winning streak.