Martin Day isn't worried about wins and losses, he's focused on doing what he loves and enjoying the ride.
By Thomas Gerbasi, on Twitter: @TGerbasi • Nov. 27, 2020

Maybe the MMA Gods have seen it fit to punish Martin Day for living in his Hawaiian paradise all these years. The beautiful weather, the great food, the beaches; yeah, sometimes you have to pay the piper in one way, shape or form, and that could be the explanation for Day’s UFC career thus far consisting of a controversial decision loss to Liu Pingyuan, nearly two years off due to injury and a knockout defeat to Davey Grant in the third round of a fight that many believed he was winning.

“I've had some tough luck the last couple, haven't I?” Day laughs. “But these things are part of the game. I gotta take the responsibility into my own hands at the end of the day. That first one that didn't go my way, decision wise; I should have been able to push a little bit more and get a finish or been dominant. And then when I got finished, I take full responsibility for it. Of course, you gotta give it to Davey for catching me with a good shot, but I made some mistakes too that he was able to capitalize on.”

That’s a classy response from a classy young man who, like all the Hawaiians on the UFC roster, are so likeable that you can’t even blame them for living in a place we would all like to spend some time in, especially as winter approaches. But it has to be asked: disputed decisions are part of the game, but did he feel that being out for 20 months affected him in any way against England’s Grant in their July bout?

“I don't think I was affected by the layoff,” Day said. “I think that's more of a mental thing, anyway. That fight was going well. I felt like I was winning, felt like I was up and having success, and then I just got caught. So I'm not sure if it affected me at all, really. I could sit there and make excuses, but the bottom line is, Grant just caught me with a good punch and perfect timing, and that's what it was. There's not too many other factors, because I was liking my performance leading up to that part. I was having a good performance; I was putting on a good show and landing good shots. And it happens sometimes.” 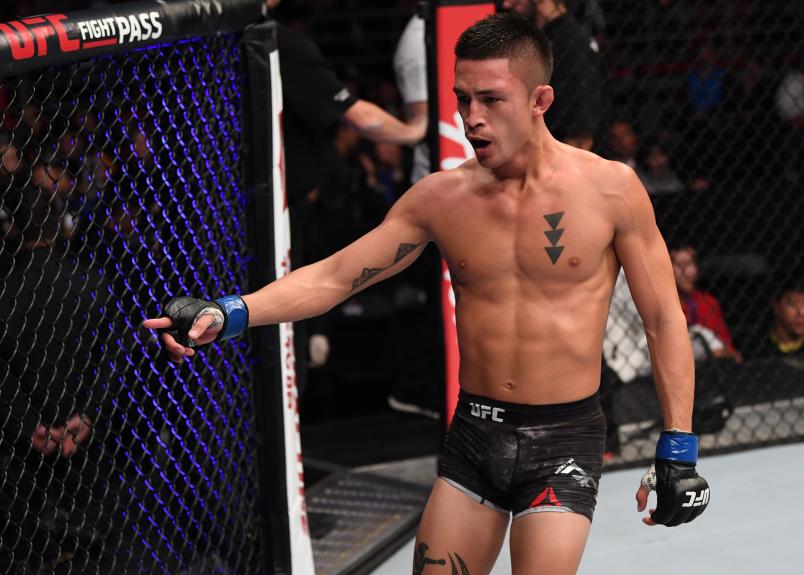 Martin Day reacts after the conclusion of his bantamweight bout against Liu Pingyuan during the UFC Fight Night event inside Cadillac Arena on November 24, 2018 in Beijing, China. (Photo by Jeff Bottari/Zuffa LLC/Zuffa LLC via Getty Images)

With just 12 pro fights under his belt, you can’t say it’s years and years of experience that have made Day like this. And at 32, he shouldn’t have the wisdom of someone much older. I tell him of that old saying, “I’ve seen fighters get knocked out and think they deserve a draw,” and he laughs because he knows it’s true. That’s just not a road he wants to take in his career or his life.

“I've learned a lot just being a martial artist,” said Day, who has been training since he was 13. “And I teach martial arts, too. I teach Taekwondo, I teach a lot of kids, and we have programs where we teach instructors how to teach, too. I run leadership programs, and one thing that we always say is, 'One thing a leader does is they take full responsibility.' To me, a leadership mindset and a champion's mindset are similar in many ways, including that one, where you have to take responsibility for everything. At the end of the day, you're the guy that gets into that cage and you make the final decision of what punch to throw, what strike to throw, and all that stuff. You even make the decisions leading up to it, like what coaches you choose to have and all that stuff. It's really all up to you. So to blame anyone else is a lack of leadership and it doesn't show good leadership quality at all.”

So after taking responsibility for what’s happened in his first two trips to the Octagon, which broke up a three-fight winning streak, what does the Kailua product do next?

“I just continue to build on it, get back in the gym and get better at those things I needed to get better at, and the rest of my game, as well, so these things don't happen again,” he said. “When you go into a cage fight, all these different things can happen to you. You just gotta be able to be as well prepared as possible and get in there well-prepared and train for the best and hope for the best.” 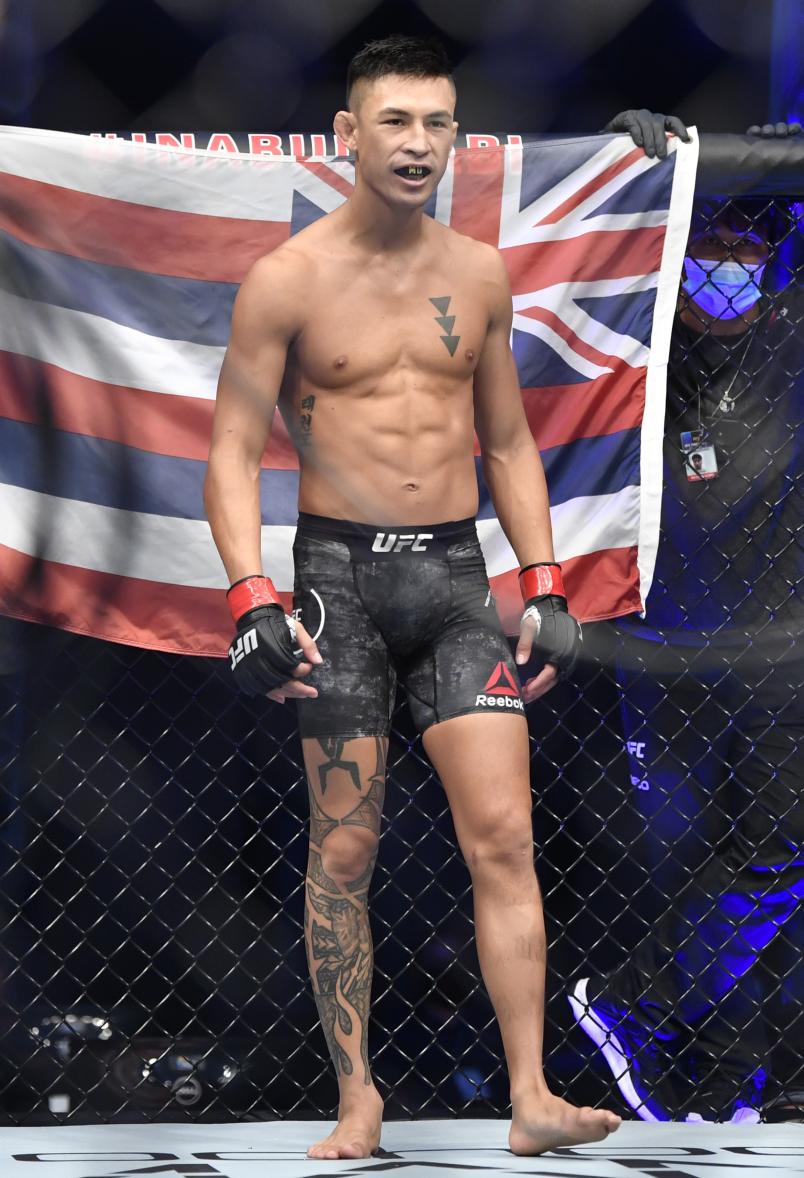 That’s it right there. In mixed martial arts, there are so many ways to win, but also so many ways to lose. And to make sure you’re on the right side of that equation, you have to be focused every second of every minute. Lose that focus for a split second, and it’s game over. That’s scary, but it’s also exhilarating for fighters like Day.

“That's part of the thrill of it,” he said. “The game of MMA is a game of seconds and centimeters. You could be doing so good and then everything can change if you're one centimeter this way or one second too late or too early. And a lot of these things can affect you for a lot longer than that. You sit there and the what ifs and the should haves haunt you sometimes. That's what I'm still learning, and I think a lot of people are learning to not let those things haunt you. You have to take them as a learning experience and get better. It's easy to say that, but it's so hard to do. I have losses or times when I got caught, and if you let those what ifs haunt you all day, you're never gonna let them go. You gotta use them to learn. And it's tough. You can lose sleep over it. It's centimeters and seconds, and you've gotta be on it for that full 15 minutes.”

Preview the fights with significant stats

This weekend, Martin Day returns to face Brazil’s Anderson dos Santos. With dos Santos also 0-2 in his first two trips to the Octagon, it’s the classic crossroads fight, but Day knows that to stay on course for all those centimeters and seconds, it’s not about the stakes involved; it’s simply about the fight, and “The Spartan” loves fighting.

“Obviously, my last fight wasn't the outcome I was looking for,” he said. “It happens to everyone, but I am happy to have a pretty quick turnaround and be able to get back in there. I’m getting back to doing what I love.”