See What The Ecuadorian Bantamweight Had To Say About Facing The Legendary Frankie Edgar At UFC 268:
By Thomas Gerbasi, on Twitter: @TGerbasi • Nov. 5, 2021

That wasn’t the case in June when he engaged in a rematch with England’s Davey Grant. It was nothing personal against Grant; Vera was angry at himself.

“Going into that fight, I was mad,” he said. “I was pissed off at myself, no fingers pointing to anybody but me. I took it like a man, I didn't have any excuses, I didn't even talk about it.”

“It” was a December 2020 bout against Brazilian icon Jose Aldo. Fresh from a stoppage of Sean O’Malley four months earlier, Vera could have thrown his hat into the title race by beating Aldo, and he was on his way to doing it heading into the third and final round.

“I was too excited in that third round,” he admits. “I was full of energy, and I wasn't even breathing heavy. I was like, ‘I'm gonna kill this guy.’ Aldo was done. After the second round, he was broken, and I got too cocky and too excited and that cost me a lot of money and it was a huge fall for me stepping up the ladder. That was the biggest lesson I ever learned in my life because now I know, even if you are in control, stay sharp. I lost my focus and I let him advance in position. I knew he wouldn't finish me, and then when I realized, 'Hey, you're gonna lose by points,' I was like, f**k, it's too late.”

Three scores of 29-28 gave Aldo the victory, and Vera took a step back in a crowded bantamweight division. But as he prepared for Grant, he had three mantras running through his head.

“Stay sharp, win the fight, don't get too excited.”

He did the first two against the Brit. As for the excited part, Vera did look to be amped up to new heights in the third round of the Fight of the Night clash. That’s not easy to do physically after 10 minutes of a fight. Vera explains that it really has nothing to do with the physical part of the game.

“I think it's very mental,” he said. “We all get tired, we all breathe heavy. There was a video after that fight (with Grant) where I wasn't even able to hug my wife because of how tired I was. It took me at least ten minutes to get back to normal. But in the cage, it's mental. If you're strong in your mind, you can push, no problem. We all get tired, but the mental part is to push that extra mile. In round two, I was pretty tired, but if you start thinking about it and start giving up on yourself, then your mind will break. I thought, if I'm tired, he's dying, because I'm a workhorse. I don't care how hard he worked, I don't care how much he wants this for his family, I just want it more. And in the third round I kicked his ass even more. I was mad. I was mad at myself for what happened with Aldo, and I was like, I'm not letting this guy off the hook.” 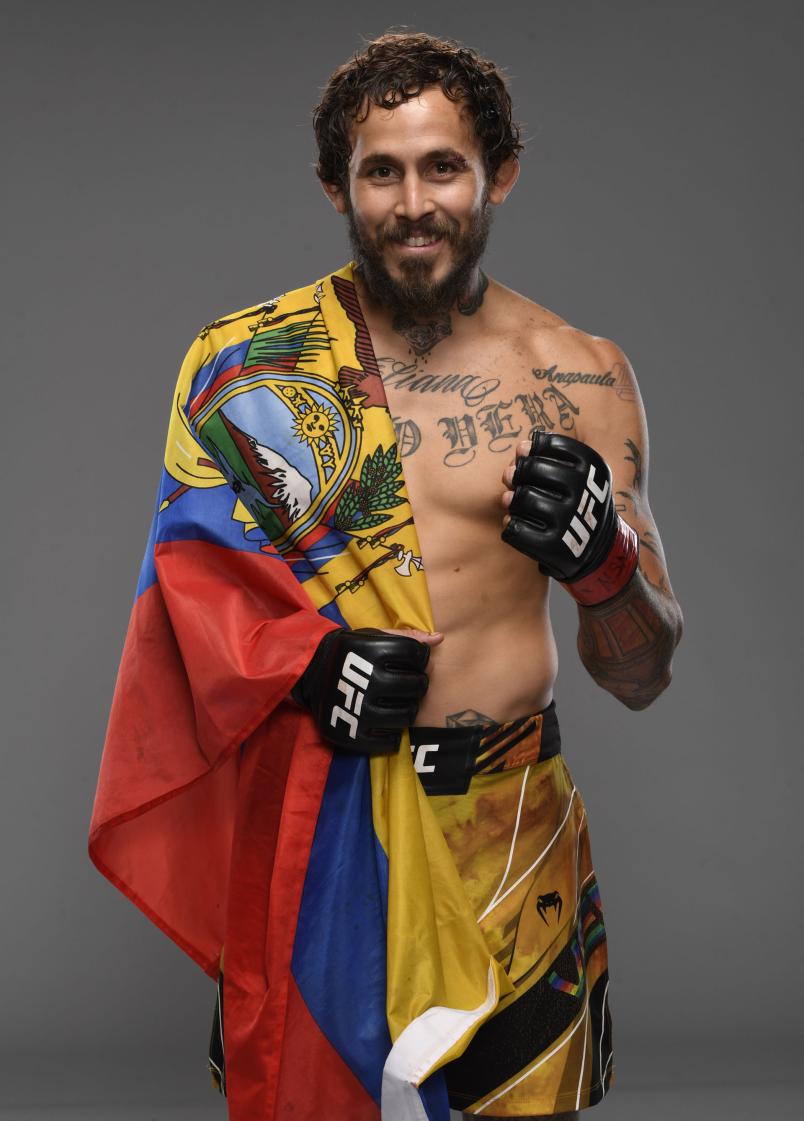 This time, all three scores came back for Vera, who lifted his pro record to 17-7-1 and moved on to another fight against another icon of the sport in Frankie Edgar. This one takes place Saturday night at Madison Square Garden in New York City.

“It means everything to me,” he said. “I've been dreaming about it, and when they called me for the opportunity, it was like everything started making sense and all the pieces of the puzzle started to come together, and I'm slowly, but surely, becoming everything I thought I would become growing up.”

Vera is still growing, as he is still only 28 years old despite logging 17 UFC appearances since his Octagon debut in 2014. How does he explain staying young while everyone else gets old?

“I think it's because I used to watch a lot of Peter Pan growing up,” he laughs, showing the sense of humor that is in stark contrast to his demeanor on fight night. Even ask him about his favorite boxers, and he will mention two of the most intense competitors to put on the gloves – Roberto Duran and Erik Morales.

See, Vera hasn’t forgotten that when it comes down to it, this is still a fight.

“I think people get really confused,” he said. “There's sportsmanship, yeah, you shake his hand after the fight. But this is a fistfight.”

And when you mix Vera’s intensity with his existing skill set and new focus, he’s a tough out for anyone at 135 pounds.

“My focus (before the Aldo fight) was, beat Aldo, then go for a title shot,” he said. “I was so prepared, but that also made me a little cocky, and I paid a price for that. Now I know the work ethic is there, the technique is there, the balls have been always there; I just need to stay focused and that's what I'm doing right now.”

But he’s not mad anymore?

“I'm not mad right now, because I'm coming off a win,” Vera said. “But I'm not satisfied. I don't have everything I want, so I'm going to do the same exact thing to Frankie, just on a different night.”