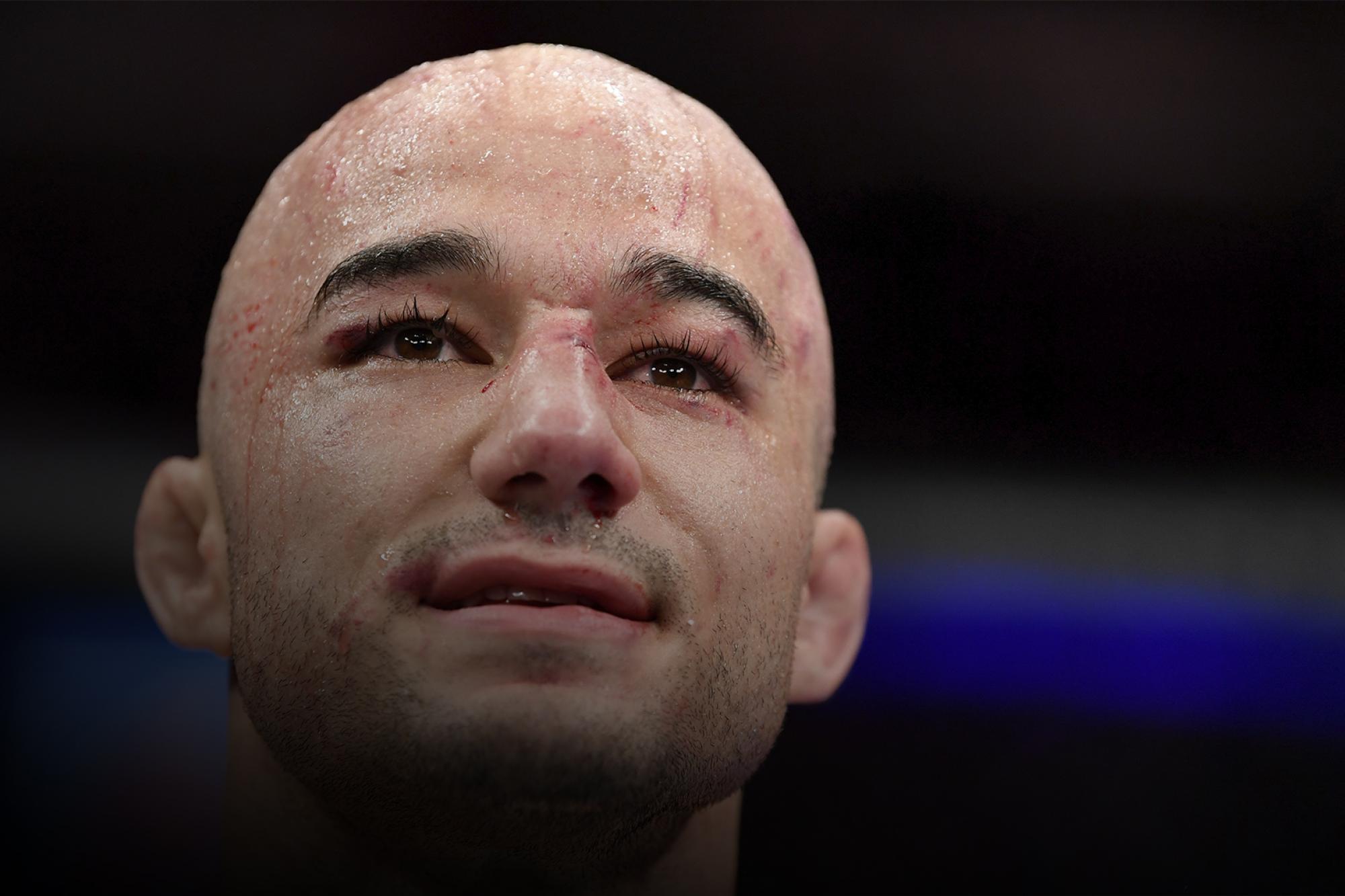 Marlon Moraes Is Here To Stay

For one fighter to battle through adversity and come back to win, another fighter has to start strong and eventually lose. Unfortunately, Marlon Moraes was on the latter end of that exchange when he fell to Henry Cejudo in their bantamweight title fight at UFC 238.

Moraes started strong, chopping at Cejudo’s legs and building toward what seemed like a UFC belt, but eventually, Cejudo rallied and got a stoppage win in the third round to become a two-division champion. Moraes, however, was left to figure out where he went wrong and eventually moved past his first loss in two years.

To cement his spot near the top of the bantamweight ranks, Moraes welcomes fellow Brazilian and undisputed legend Jose Aldo to 135 pounds this weekend in Las Vegas. After more or less dominating the featherweight division throughout the last decade, Aldo is finally moving down to bantamweight and seeking to immediately stake his claim to the division’s belt.

Moving down a weight class later in his career is certainly an interesting challenge for Aldo, but the extra work it takes to cut 10 more pounds isn’t playing into Moraes’ approach to the bout.

“We go in there to fight the best fighter he’s ever been.” Moraes said. “You better be sure about that, and we’re ready. I don’t care about weight, about how much he’s going to weigh … I don’t care. I’m going to go in there. I’m facing a tough opponent, and I’m ready for a tough fight.”

Whoever wins this fight makes a big statement, and Moraes is confident he’ll be the one authoring that sentence at UFC 245. One of the more polite and personable fighters one can meet, he’s also not one to shy away from sharing his confidence. A move to American Top Team has Moraes feeling like “the best Marlon,” which, given his track record, is a terrifying hypothetical for the rest of the division. He believes he learned plenty from his loss, processed what he needed to improve and made good on the holes he identified.

In terms of his demeanor, he painted a pretty clear picture as to how he transforms into “Magic” Marlon when it comes time to fight.

“I just try not to burn myself like some people (who) keep thinking, keep angry all week, all the time,” Moraes said. “Sometimes, you use too much (energy), and you can’t use it on fight night, so I just try to relax and that’s me. That’s me outside of the cage, but when I get in there, I turn it on.”

When he turns it on, it’s a must watch. Moraes racked up three straight performance bonuses en route to that title shot against Cejudo, and a fight against Aldo figures to be another prime opportunity to fire up the Las Vegas crowd. Moreover, it’s a turbo-charged path back to title contention. He isn’t fazed by the aura of Jose Aldo; he’s only concerned about charting his own path to UFC gold.