Marlon Vera Is Fighting For A Better Life

Marlon Vera isn't focused on fame, he's in the fight game for competition and to make a better life for his family.
By Thomas Gerbasi, on Twitter: @TGerbasi • Dec. 16, 2020

It’s a typical day of domestic bliss in the Vera household, with Marlon Vera watering his plants before conducting an interview and heading off to train for his Saturday bout against Jose Aldo.

Marlon Vera Is Fighting For A Better Life

At least until the topic of perhaps respecting his opponent – a Brazilian superstar and a former champion with Hall of Fame credentials – a little too much.

“You know me,” said Vera. “I don't care who you are. I'm not in there to appreciate what he did before; I'm there to go in there and put him out. I'm the least friendly person to fight and there's only one thing that drives me, and that's my family and making a better life for them. We're gonna be locked in the cage and one's gonna smile and the other one's gonna cry and I'm pretty confident I'm gonna raise my hand that night.”

It’s that intensity that has led the 28-year-old Ecuadorian from a country with practically no MMA scene to the heights of the sport in the UFC. This weekend, fresh from handing hot prospect Sean O’Malley his first loss in August, extending his current run to 6-1, Vera now faces one of the most revered fighters of this era. But “Chito” isn’t about to get sidetracked from his goal of winning.

“It's a great fight, I respect him for what he's been doing, but we're going to be facing each other and as I always say, this is not a sport for me - this is battle. You're fighting for a better life, for the things you want, for money, for all those things.”

And that’s not a personal knock at Aldo. In Vera’s mind, if there’s a possibility of a fight, he doesn’t want to know you.

“That's why before I started fighting, I never picked idols or became a fanboy of somebody that was close to my weight class,” he said. “Anybody ten pounds up or ten pounds down, if we don't train together, we're not cool. I respect everybody because I believe in respecting everybody, but that's about it. If you're my opponent, you're f**ked.”

More UFC Vegas 17: The Arrival Of Tafon Nchukwi | Fight By Fight Preview | Fighters On The Rise

“You don't need that many friends anyway.”

That’s probably a good mindset to keep as he keeps rising up the bantamweight ladder on the way to a world title. Currently ranked 15th at 135 pounds, a victory over the seventh-ranked Aldo will likely send Vera soaring up a few numbers by Monday afternoon, and there will be even more people jumping on the bandwagon and wanting to be his friend. That’s the price to be paid for fame, and though Vera got a taste of the big fight hype when he fought the unbeaten O’Malley, it didn’t bother him in the slightest. 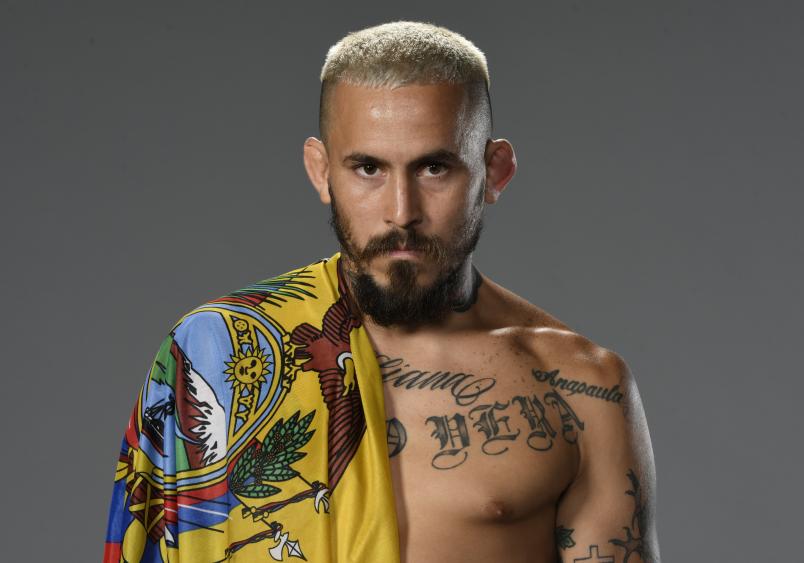 Marlon Vera of Ecuador poses for a portrait after his victory during the UFC 252 event at UFC APEX on August 15, 2020 in Las Vegas, Nevada. (Photo by Mike Roach/Zuffa LLC)

“To be honest, I don't really buy the bulls**t of ‘Oh, this fight's bigger than this fight,’” he said. “I'm not a guy chasing the fame or the attention. I know how to handle it, I know how to work it, but I'm good with or without it. At the end of the day, I always say this and I'm always gonna say it; it only matters when you win. A quick example: look at all the hype O'Malley had before the fight and look right now. He's a dead person. So, for me, it's not about that because when people start paying attention to the attention, to the fame, to all the bulls**t, you forget about what got you there. And what keeps me here and makes me grounded is the hard work. It's easy to forget those things. The thing that I enjoy the most is fighting, going in there and seeing who has the better day.”

In a lot of ways, that sounds like Jose Aldo’s M.O. for all these years. For the longtime featherweight champ, it was always about the fight and not the hype. No one looked more uncomfortable in such a scenario as Aldo during his media tour with Conor McGregor, and some folks just aren’t built that way. Yet while Vera can take it or leave it when it comes to fame, he does appreciate having the opportunity to tell his story, because it is an inspiring one that could influence people not just back home in Chone, but everywhere.

“It's a great part of this because you can actually let people know how the real world works,” Vera said. “It's not about what you want, it's not about what you're aiming for; it's all about the work you put in to get it. It's the little things you do on a daily basis to achieve your goals. And if you're not really working towards them and you're paying attention to the things that are not as important as the goal, you'll have a pretty big failure ahead. So I just hope that when people want something, they focus on the right things and never forget what really gets you there, and that's hard work.” 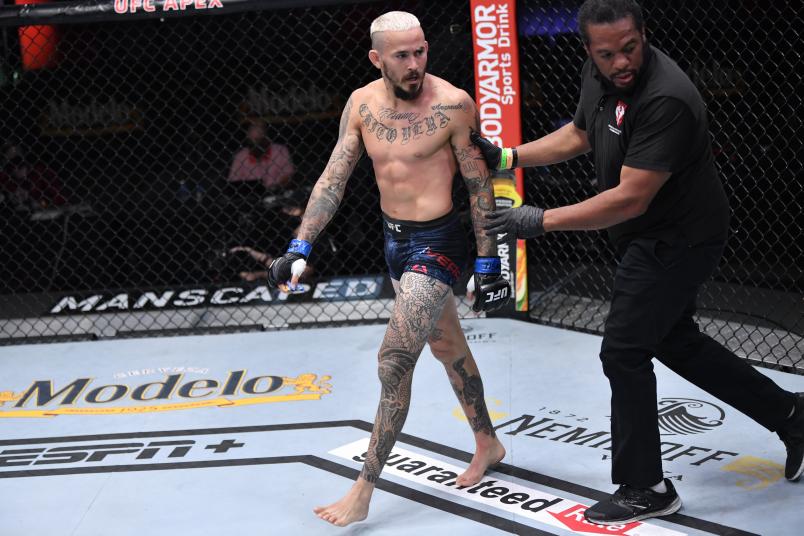 Marlon Vera of Ecuador reacts after his TKO victory over Sean O'Malley in their bantamweight bout during the UFC 252 event at UFC APEX on August 15, 2020 in Las Vegas, Nevada. (Photo by Jeff Bottari/Zuffa LLC)

That hard work has led Vera to the biggest fight of his career for the second straight time. That’s funny to write, but it’s true. And the next one will probably be the biggest once more. It’s the life of a prizefighter and Vera knows it. So when people talk about his life changing should he beat Aldo this weekend, he doesn’t agree. For him, it’s his body of work that will change his life, not a single fight.

“I think a lot of people, they walk to the cage thinking after that win, your life is gonna change, everything is gonna be perfect and you're gonna be rich,” he said. “That's not true. You go, you fight and you can become a world champion, and you come back home and everything is the same. It's not about one win and your life changes. It's about you. If you want it to change, you gotta make it yourself. You've gotta think different, act different and attract the most positive things in your life and surround yourself with the most positive people you can, because one s**t person can ruin your whole life, so it's not about that win. Win, lose, draw, you go back home and you've got your wife, your kids, your friends - nothing's gonna change. Life keeps going. And a lot of the fighters think they're gonna win a fight and be the coolest thing ever. You win one, and in three weeks people forget about you. It's all about your personal life, and you work from your inside and go from there. It's not about a win or a loss, it's about how you handle your life inside that makes you go farther than other people.”