Alexa Grasso may be in Mexico City ahead of her opponent, Randa Markos, getting acclimated to the high altitude that will likely rear its ugly head during Saturday’s UFC Fight Night card. But Markos found her answer when it comes to evening the score on that front.

“The only thing that can prepare me for the altitude over there is actually being over there,” Markos admits. “But I train in an attic that has no windows, so it’s pretty hot up there, over a hundred degrees, and I’ve got a sauna suit on. (Laughs) So hopefully, it (fighting in Mexico City) is not going to be as bad as that.” 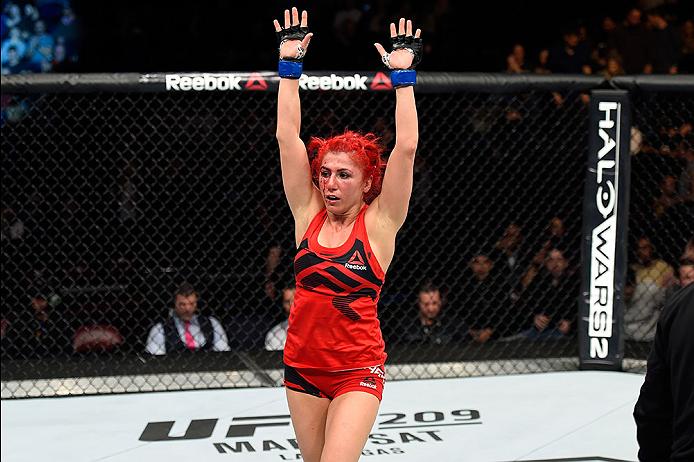 It’s safe to say that it’s gotten a little hot in Windsor, Ontario, Canada, this summer, and Markos is doing whatever it takes to push through those days when the most appealing option in the world is to quit.

“I keep telling myself it’s worth it, and hopefully Mexico City won’t be as bad.”

That’s fighter talk, and when that talk turns to action, like it has for Markos ever since she stepped on a wrestling mat as a kid, good things usually happen. It was certainly the case in February, when Markos defeated former strawweight world champion Carla Esparza.

The victory was huge for the 31-year-old on so many levels. It was over Esparza, who Markos had some heat with dating back to their time on The Ultimate Fighter. It evened her UFC record at 3-3 and propelled her into the 115-pound top ten. And it was at home in Canada. But most importantly, it reminded Markos that she has what it takes to do big things in her chosen sport.

“It wasn’t just the fact that I beat Carla Esparza,” she said. “We had the history together where we both didn’t like each other on The Ultimate Fighter. But what came out of that the most is that I just beat a former champ. That says a lot for me, and I do have that potential to become the champ one day. I know I have the work ethic, I know I have the drive; I just have to figure out what’s best for me. Every fight’s going to be hard, but I know I have what it takes. It’s all about timing.” 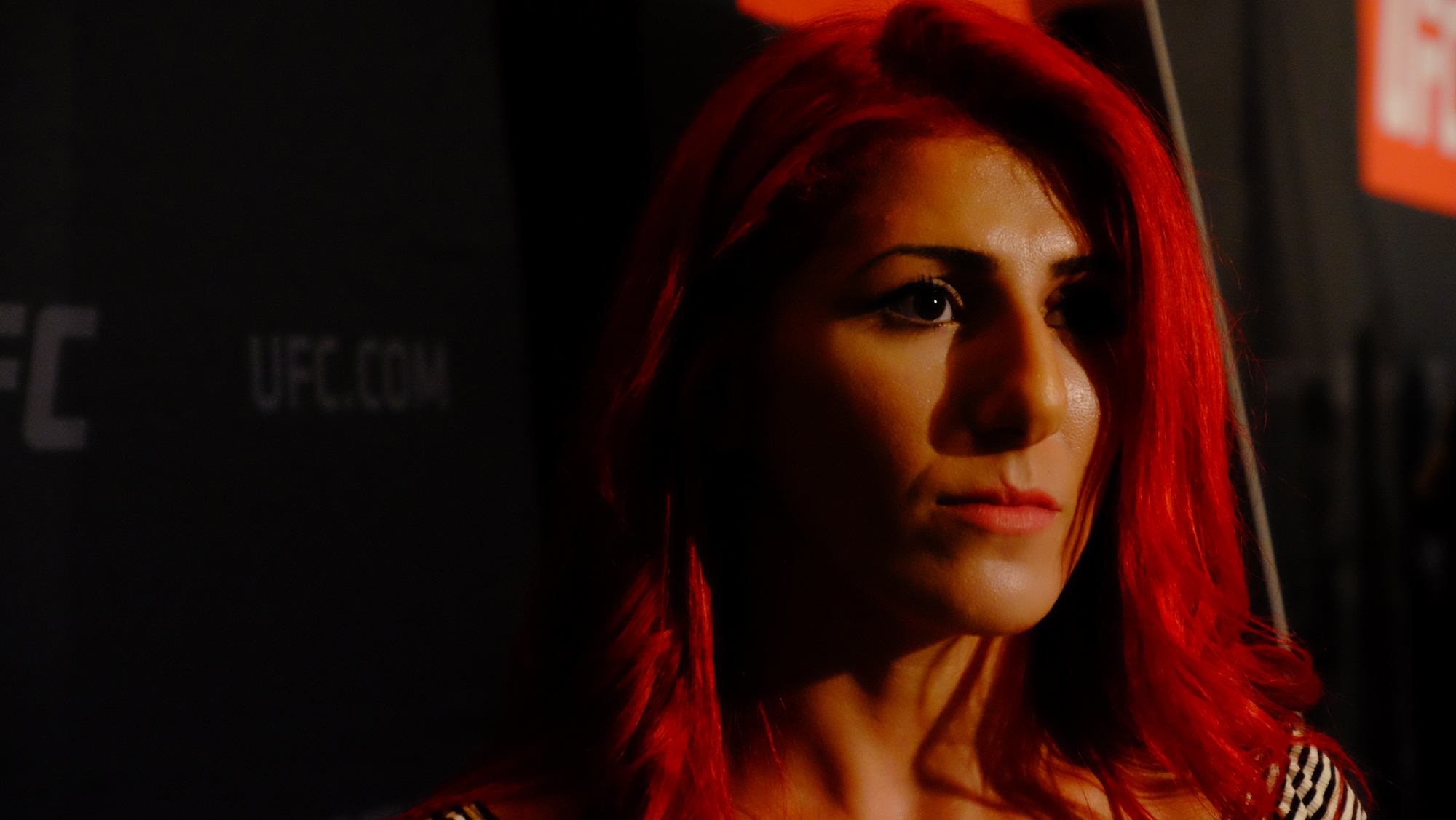 At the moment, the timing seems right for the “Quiet Storm” to make her run at the top, but first she has to deal with the altitude and Grasso this weekend. On paper, Markos should have the edge based on experience alone, but as the Canadian points out, that’s not always enough.

“I think experience is huge, but every fight is different and every opponent is different,” she said. “I fought a lot but I’m still learning every day and with every fight. Experience helps, but with new, talented fighters, you always have to be ready for them because they may be coming up with something new or they could pick up things a lot easier than us, so you never know what’s gonna happen.”

So Markos controls what she can control, and that may be the key word for her these days, as she’s sticking with the Team Markos approach she took before the Esparza fight. That means no big teams, no classes with everybody else in the gym, just a focus on what she needs to get ready for a fight.

“I liked the way things were working last time, so I just continued it,” she said. “We just changed a few things because I’m fighting a different style of fighter, but with the same people. Everything is really geared to what I need to do, and it’s not like a class setting, so I feel a lot more comfortable this way. I want to really focus on me and what I need to do. You have to see what’s out there and what works for you, and I’ve come to the point where this works for me.”

Now it’s out of the attic and into Mexico City. Randa Markos is ready.

“I know it’s gonna be different,” she said of this weekend’s fight. “But whatever it takes, I’m not gonna go down easy. I’m gonna give it everything I’ve got.”