Markes vs. Brunson Scratched after Crash

UFC middleweight Ronny Markes suffered a mild concussion in a car accident on Friday morning before the UFC on FUEL TV 10 weigh-in. His planned bout against Derek Brunson was cancelled for safety reasons.

UFC president Dana White confirmed that both men will be paid for their fight. 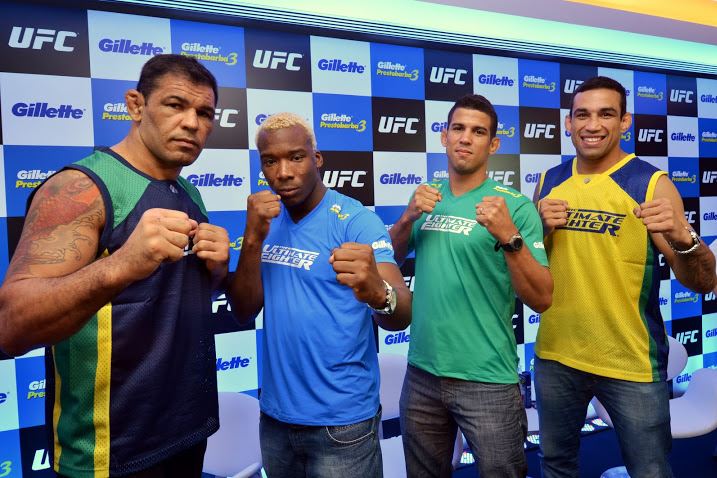 The co-main event for this weekend's UFC on FUEL 10 event is official with the broadcast of the final episode of TUF Brasil 2. Two Team Nogueira welterweights will face off as William "Patolino" Macario faces Leonardo Santos.

Undefeated at 6-0, Macario reached the finals via two knockouts and a decision win over the course of the show. The youngest member of the TUF Brasil 2 cast, the likeable 21-year-old won the friendship of his teammates and praise from opposing coach Fabricio Werdum.

Pedigreed jiu-jistu world champion Santos (who once beat Georges St-Pierre in the ADCC with a flying armbar) used his domination on the ground to defeat his opponents en route to the semi-finals. The brother of WEC veteran Wagnney Fabiano and teammate of UFC champions Jose Aldo and Renan Barao is no stranger to high stakes, having taken his first MMA bout with no training on two weeks' notice against Takanori Gomi. Although Argentinian Santiago Ponzinibbio won the semi-final bout with Santos by decision, he was injured during the fight, thereby clearing the way for Santos to advance to the finale. 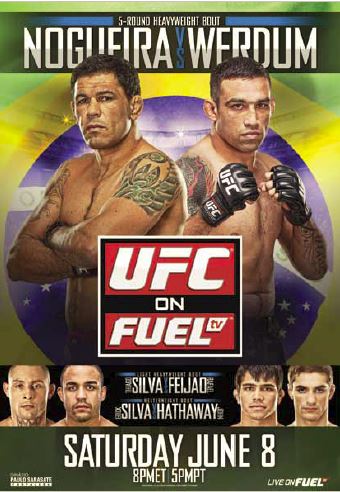 Northeast Brazil will host its first UFC event on June 8, as UFC on FUEL TV 10 will take place at the Ginásio Paulo Sarasate in Fortaleza, Ceara.

In addition to the headlining bout between TUF Brasil 2 coaches Fabricio Werdum and Minotauro Nogueira, the event will feature a welterweight bout between the two TUF Brasil 2 finalists to determine the season winner. The rest of the main card will include:

Tickets for the event go on sale Thursday, April 25 at 4 pm local time via www.ticketsforfun.com.br. All bouts are subject to change.

*Silva vs. Hathaway was originally announced for the main card but, shortly after it was announced, fell ill and had to withdraw. Hathaway has been replaced by Strikeforce import Jason High. High was scheduled to fight Ildemar Alcantara, who will now face newcomer Leandro Silva.

Nogueira, Werdum to Rematch in June

updated March 12
The second season of The Ultimate Fighter: Brasil premieres Sunday night on Globo in Brazil (with re-airs available on TUF.tv after) and comes to a close June 8 with a heavyweight showdown between coaches Fabricio Werdum and former interim champion Minotauro Nogueira.

That fight -- a rematch of their 2006 bout at PRIDE Critical Countdown Absolute -- will be the five-round main event of the TUF Brasil 2 Finale, airing in the US on FUEL TV.

The two initially met in the quarterfinals of the PRIDE 2006 Open Weight Grand Prix, with a primed "Minotauro” taking on a fairly green “Vai Cavalo” in what was essentially a striker’s duel. The result was a unanimous decision win for the former PRIDE heavyweight champion Nogueira.

Now six years older and eight wins wiser, Werdum has notched victories since then that include a submission upset of Fedor Emeilanenko and a UFC Fight of the Night performance over Roy Nelson. Add a season of tension as leaders of opposing teams on TUF, and the big Brazilians' rematch promises to be an entirely different -- if equally exciting -- fight.

More details on the event, including additional bouts, ticket info, city and venue will be released in the following weeks.