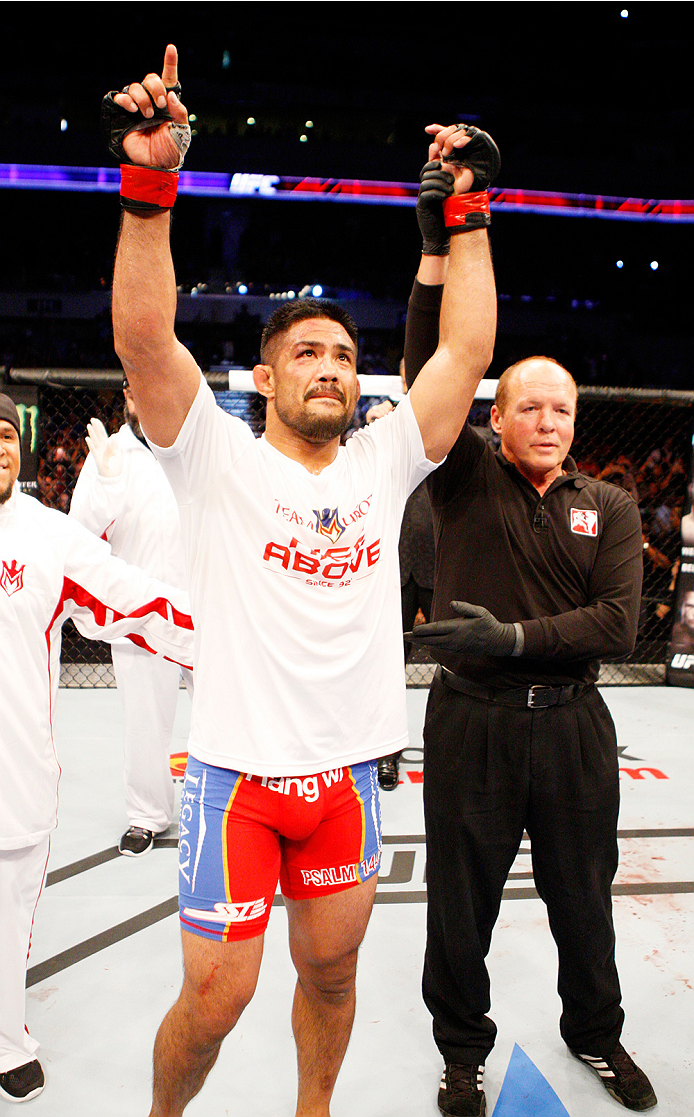 MANILA – Retired UFC® middleweight contender Mark “The Filipino Wrecking Machine” Muñoz will return to the Philippines for UFC FIGHT NIGHT® Manila. Rather than wearing a pair of fight gloves, Muñoz will don a suit and tie as the official ambassador for the event scheduled on October 15, 2016 at the Mall of Asia Arena, Pasay City.

Filipino fans will remember the last time Muñoz stepped inside the Octagon during the inaugural UFC FIGHT NIGHT® Manila back in May 2015. In what would be the final fight of his lauded mixed martial arts (MMA) career, “The Filipino Wrecking Machine” used his superior wresting pedigree and dominant ground game to earn a victory in front of the home crowd. Since that evening, he has promised to return to help grow the sport of MMA in the Philippines. Starting this August, Muñoz and the UFC® will come back together to initiate a series of grassroots activities.

As the official ambassador for the upcoming event, Muñoz will be taking part in a number of press and fan engagements to further promote MMA among Filipinos and create excitement for the UFC’s second live event in the country. From August to October, Muñoz will be conducting MMA clinics, empowerment workshops, meet-and-greet sessions with press, fans and young sports enthusiasts. Muñoz will also be taking part in a number of community activities and charity events with Called to Rescue and SM Cares.. The social responsibility campaign delves into the stories of real-life fighters, as well as the real-world battles beyond the Octagon.

“It is a dream to come back to the country that gave me an unforgettable ending to my journey as a professional fighter,” Muñoz said. “As I return to promote UFC FIGHT NIGHT® Manila, I also hope to share my passion, talent, and abilities to our young Filipino athletes. I look forward to helping my kababayans take their game to the next level. I hope to see more Filipinos make a name for themselves in the Octagon® in the future.”

Tickets for UFC FIGHT NIGHT® Manila can be purchased at all SM Tickets outlets or through www.smtickets.com. Official ticket prices and fight card are yet to be announced, but fight fans are encouraged to register on www.ufc.com/manila to gain special pre-sale access and up-to-date information on UFC FIGHT NIGHT® Manila.

Please continue to check UFC.com for more information or current fight news.  All bouts live and subject to change.