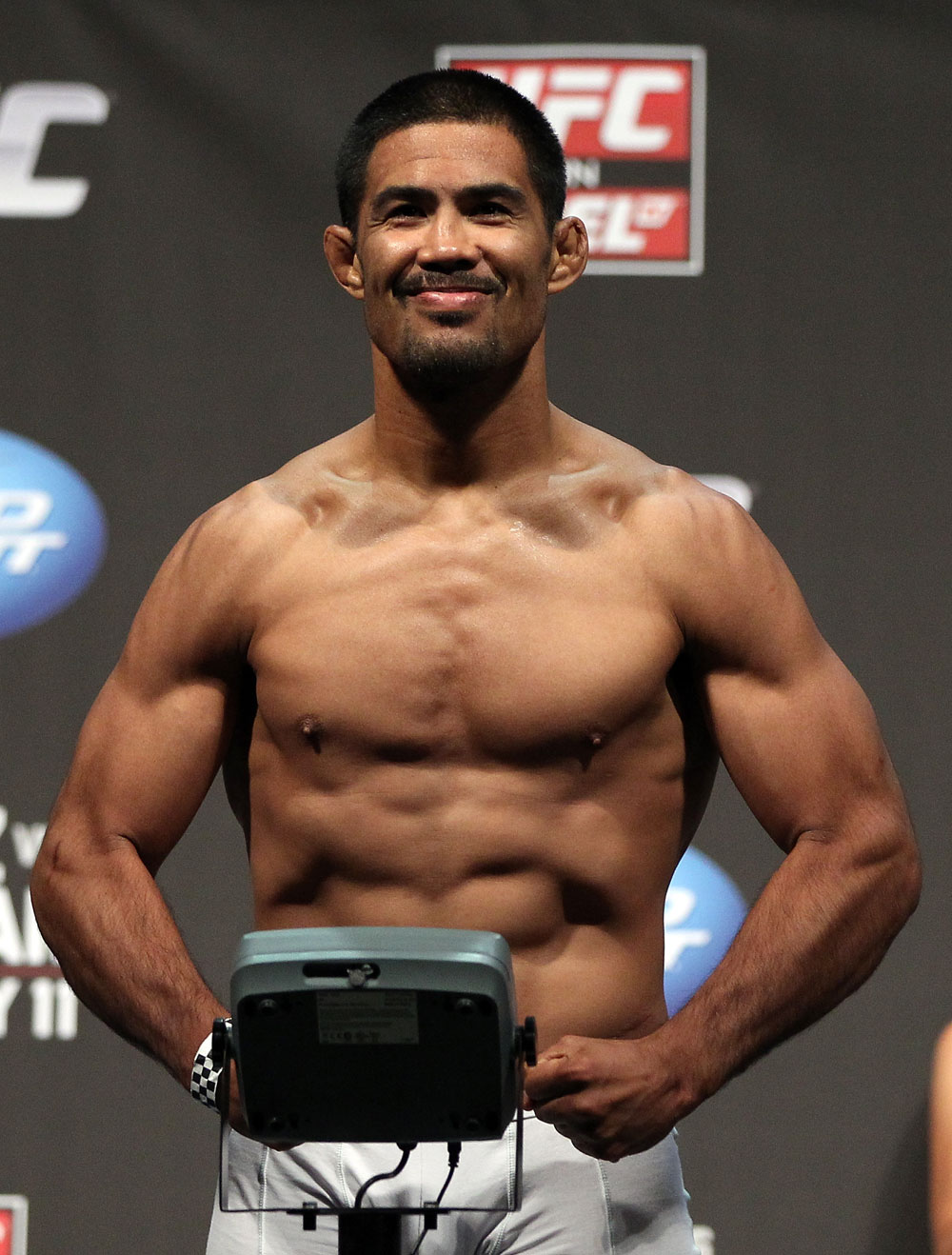 UFC middleweight contender Mark Munoz has always been quiet, but that doesn’t mean he isn’t paying attention to what's going on at 185 pounds. He’s watched brash trash talkers like Michael Bisping and Chael Sonnen advance their careers by mouthing off for far too long and Munoz is tired of being the overlooked nice guy.

“It does get me riled up,” Munoz tells UFC.com.

Munoz is the one that has won seven out of his eight fights at middleweight (his only loss a close split decision loss to Yushin Okami in 2010) and four straight. Yet, Bisping has been out in the media saying once again that he deserves a title shot even though the Brit lost his last fight. Sonnen has pushed champion Anderson Silva like no one ever has, yet there’s no doubt that his audacious trash talk helped him gain the spotlight.

“When they talk stuff like that they must be crazy, out of their minds,” Munoz says. “The one that deserves a title shot is me. They lost and they are talking about title shots right now. It doesn’t make sense to me…I haven’t been as vocal before, but now let the games begin.”

Munoz was forced to pull out of a number one contender fight against Sonnen in January with an elbow injury that required surgery. Bisping filled in for him and lost to Sonnen, who in turn went on to receive another title shot against Silva at UFC 148.

Munoz has healed from his surgical elbow repair and now looks to a UFC on FUEL TV main event engagement against Chris Weidman tonight in San Jose. Weidman is a well-rounded young buck with a wrestling base that beat former title challenger Demian Maia in January despite taking the fight on short notice.

Munoz knows that he has his hands full with Weidman, but remains confident that his aggressive fighting style will carry him to victory.

“I see a really good fighter [in Weidman]. I see a very good up and coming guy. Someone that is very well rounded, somebody that is very tough,” Munoz says of his opponent.

“He’s a good fighter but I see myself exploiting the things I saw in him in his last fight. Without giving too much away, I’m going to be who I am inside the Octagon. I’m going to force my will on him. It’s no secret that I’m gonna throw bombs wherever I am.”

Munoz has been plying his trade at the gym he owns and runs, Reign Training Center, in Orange County California. As such, he’s had an interesting, Bill Russell or Pete Rose type role in camp. Those greats were player/coaches at times in their careers and Munoz is in a similar position as a fighter/coach.

Since opening a couple years ago, Reign Training Center has attracted lots of top fighters, which Munoz says has a lot to do with the friendly and supportive environment he’s tried to foster. And Munoz is the one leading all of those fighters during practice, even during his own training camp.

It isn’t rare for a UFC contender to be the best fighter in his training cohort, but it is rare for them to essentially train themselves and everyone around them as Munoz has. Training for a fight is, by definition, a selfish thing. Everything revolves around getting yourself ready to compete at a high level.

Conversely, coaching is a giving thing, where time needs to be spent on developing others. To Munoz, however, the two are complimentary. He views coaching and fighting simultaneously as an opportunity and not a burden.

The fighter has coached Division I wrestling for about a decade, ever since he graduated, and he enjoys teaching. “We’ve been fortunate to get grade-A level fighters coming in,” he says.

“I run practice and it’s something I really like to do. I always wanted to coach and wrestle at the same time but couldn’t. With MMA I get to both compete and coach.”

Munoz clearly looks at his coming fight against Weidman as a number one contender’s fight. That means that if he wins he wants to fight Anderson Silva.

The only thing is that the two are former training partners and Munoz still counts the champion as a friend. All this begs the question - are things still cool between Munoz and “The Spider”?

“I’m still cool with a lot of the Blackhouse [the Southern California gym where Silva does a lot of his training) guys but haven’t spoken with Anderson or the Nogueira brothers in depth for a while. But I still talk with [Anderson’s manager] Ed Soares and he’s explained my position to Anderson. Every time I see Anderson in passing I try to let him know that I respect him as a fighter and as a friend. Ed explained to Anderson that because of where I stand in the division, I need to be vocal. It is something where I’m kind of walking on eggshells because Anderson is a good friend of mine,” Munoz confesses.

“But I want to be champion, too. I’m not just here to be a UFC fighter…I belong at the top of our division and I want to make that statement in my next fight.”