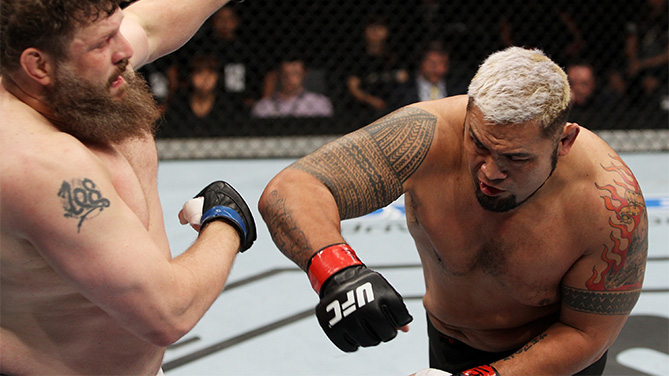 Some fighters keep their game plan a secret to gain the upper hand over their opponent.
That’s not the case for Mark “Super Samoan” Hunt, who fights Stipe Miocic this Saturday (Sunday Australian time) in the main event of UFC Fight Night at the Adelaide Entertainment Centre in Adelaide, Australia.
> Watch Fight Night Adelaide Saturday, May 9 only on UFC FIGHT PASS

When Hunt steps into the UFC’s Octagon, he’s doing his best to keep the fight on the feet and knock you out. And he’ll usually walk away before you hit the ground.

“Everyone knows what I’m gonna be trying to do, I’m going to try and knock his (Miocic’s) head off.”

A former K-1 World Grand Prix Champion, Hunt doesn’t need the element of surprise. Since ending a six-fight losing streak in 2011, Hunt has scored highlight reel knockouts over some of the best heavyweights in the UFC and is currently ranked number five in the division. 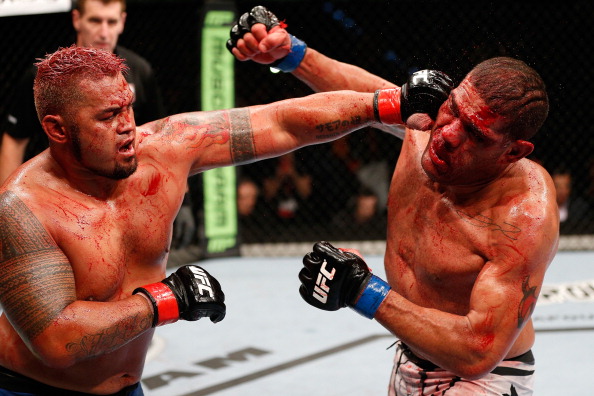 After a strong start, Hunt was dropped by a flying knee in the second round. Werdum swarmed on him, and the fight ended by TKO at 2:27 into the second stanza.

While he didn’t have a full training camp, and it emerged that he faced a drastic weight cut to make the 265-pound weight limit and had personal problems going into the bout, Hunt won’t blame those factors for his loss.

It’s common for fighters to claim they “don’t make excuses” before giving into temptation and pointing out all the bad luck that undid them on fight night, from an undisclosed injury to an incompetent judge. It’s understandable: losing can wreak havoc on a fighter’s ego.

But Hunt doesn’t just pay lip service to the fighter’s code of “no excuses”. He lives it.

“I’m not one of those guys that says shoulda, woulda, coulda. I took the fight and I lost, that’s it.”
> WATCH: KO of the Week: Mark Hunt vs. Chris Tuchscherer 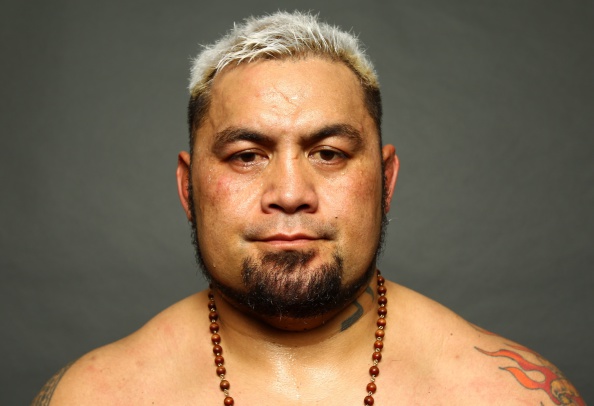 Regardless of the outcome, Hunt fighting his way to a title shot is one of the most remarkable stories in MMA history. In 2011, if you had told a fellow MMA fan that Hunt was headed for a UFC title shot, you’d probably have been called an idiot.
From July 2006 to February 2011, the former elite kickboxer and star of Japan’s PRIDE Fighting Championships didn’t win a single fight.

Thanks to a self-described mental block and a failure to take his training as seriously as he could have, Hunt’s time as an elite fighter seemed to be over.

Things are different now for the “Super Samoan,” but one does wonder what he might have accomplished had he found his feet in mixed martial arts earlier. But Hunt, who lives in Sydney and prepares for fights in New Zealand, says he has no regrets about that period of his career.

“I don’t really look back (at that time in my career); I’ve accomplished a lot more than a lot of fighters in the world. Not many people can say they’ve done two combat sports and been at the top. I’ve already won my world title in my chosen sport (kickboxing). Winning a world title in MMA is a bonus. I don’t look back, I’m just doing it now. I’ll go do it now and see what happens. If it works out, it works out. If it doesn’t, it doesn’t. I’d rather have nothing and try for everything; that’s just the way I look at things.”

Outside of his fighting career, Hunt has also reversed his fortunes on a greater scale. Growing up poor in South Auckland, New Zealand, he was a troubled youth who had been in jail twice before becoming a professional kickboxer. 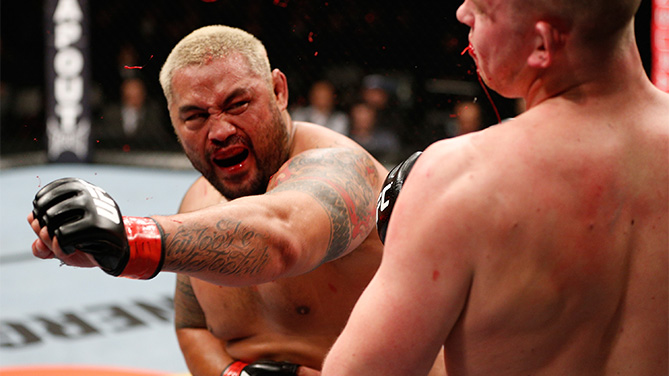 The 41-year-old fighter still visits his hometown of South Auckland. In part, it serves as a reminder of how far he has come.

“For me it’s a good self motivator, a booster for my mindset when I’m sitting there thinking I don’t want to train, I don’t want to do any of it. That’s why I do things like that because it encourages me a lot and shows me where I came from to where I am today. As a man, as a person, as a fighter, as a provider for my kids.”

Hunt’s journey from difficult beginnings to MMA star is another layer of unpredictability in the unconventional life of the “Super Samoan”. Hunt, who started his fighting career after a bouncer noticed his talents in a bar brawl, doesn’t try to predict his future anymore. That’s why the father of six says he hasn’t given much thought yet to the prospect of retirement or life after fighting.

“I’ve been a fighter, a modern day gladiator for the last 25 years. The funny thing about it is I’m someone who doesn’t have any martial arts heritage. I didn’t train kung fu or karate or anything as a kid. I didn’t have plans to do what I’m doing now as a fighter. This is a gift I’ve been given by God to be doing what I’m doing as a fighter, so who knows what the future holds. Only God knows.”

But while Hunt isn’t looking too far into the future, he does have a simple plan for Stipe Miocic on Saturday.