"My goal in this sport is to be the best in the world, and my opportunity to do that was at 145.” - Mark Hominick 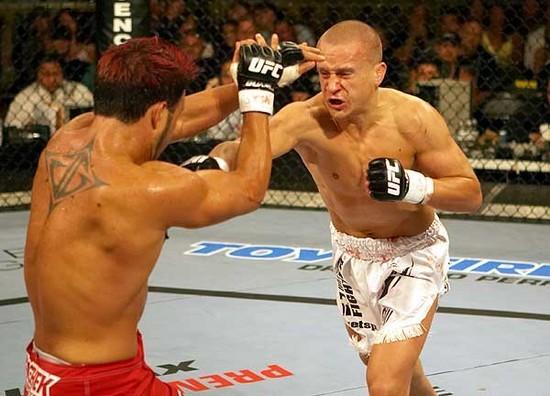 In a game stacked with more gentlemen per capita than practically any other pro sport, number one featherweight Mark Hominick stands out, and anyone who has ever dealt with him over the years would echo that statement.

Not that such a declaration means anything on fight night, but it’s worth pointing out, especially since the Ontario native has dealt with the amped up media coverage for his UFC 129 co-main event bout like a true pro, which probably bodes well for him when he faces featherweight champ Jose Aldo, because it means he’s not going to get overwhelmed by the moment. In fact, if the 28 year old does get rattled by anything, it may be the impending arrival of his first child, an event that can take down the best of us.

But barring that, April 30th will be a moment Hominick has been waiting to see ever since he first set foot in the world of professional mixed martial arts a decade ago. And as cliché as that sounds, it’s true in this case, as Hominick has weathered wins, losses, weight class changes, fighting his heroes, and losing his father, among other things, to make it to Rogers Centre in less than two weeks. As he said earlier this year, “This is ten years fighting as a pro all coming to one moment, and I’m gonna give it everything I got.”

So before we get there, let’s look back on five moments that made Mark Hominick the fighter he is today.

June 15, 2002 – TKO3 Richard Nancoo
Pro debuts don’t usually get put in the “defining moments” category, but in Hominick’s case, he wasn’t getting a cupcake or easy mark when he turned pro. He was battling an unbeaten (5-0-1) fixture on the Canadian MMA scene who was also one of the 19 year old’s fighting heroes.

“Richard was one of the guys that kinda got me into mixed martial arts,” Hominick told me before his UFC debut in 2006. “We were competing on a local and regional level when I was 14, 15 years old, and he was the big dog. I idolized him, his style, and he was beating everybody, but he gave me the time of day. He set out time after tournaments to talk and I really respected that.”

So not only was Hominick making his professional debut at UCC 10 in Quebec, he was doing it against a hero who was actually nice to him as he made his way to that point in his career. How’s that for a welcome to mixed martial arts? But Hominick’s poker face wouldn’t waver, and at 3:23 of the third round, he stopped Nancoo to win the Canadian Super Lightweight title. Not bad for a debut.

March 4, 2006 – Wsub2 Yves Edwards
After running out to a 3-0 record, Hominick ran into some trouble when he traveled south to fight in 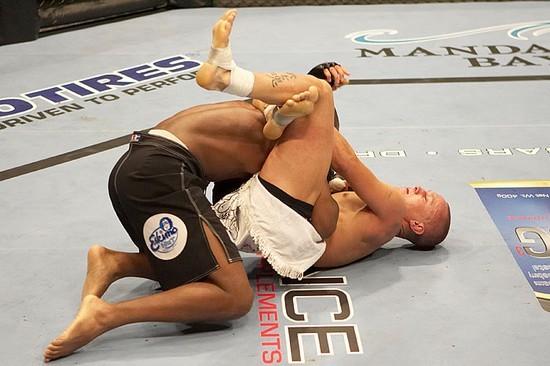 the United States. His three fight stint in Hawaii, Ohio, and Illinois left him with a .500 record, but he was not about to lose faith in his ability to eventually get to the top. As he recalled, “No excuses, but I had some bad luck.” And he wasn’t kidding. In his US debut against Stephen Palling, he was stopped on a cut in just 16 seconds, and after a submission loss to future WEC champion Mike Brown less than a month later, Hominick would get slammed by Tommy Lee two months after the Brown bout and bang his head on the canvas, knocking himself out 18 seconds into the bout.

Following those bouts, Hominick returned to Canada and went on a tear, winning six of seven bouts and earning an invite to the UFC for a lightweight bout against Yves Edwards. The bout not only marked the return of the 155-pound weight class to the organization, but it introduced “The Machine” to a worldwide audience, and the striking specialist responded, upsetting Edwards with, of all things, a triangle armbar at 1:52 of the second round.

“Going in, I felt I had no pressure on me whatsoever,” said Hominick of the Edwards bout. “He was pretty much the uncrowned champ at 155, so I felt that a lot of people were counting me out before I even got in there, so I didn’t have any pressure; I just had to prepare and make my debut. But I knew what I was capable of, and I proved that.”

June 3, 2007 - Lsub1 Rani Yahya
Two months after the biggest win of his career, Hominick defended his TKO featherweight title in Canada against Japan’s Hatsu Hioki and got submitted in the second round. Amazingly, Hominick was back in the UFC a little more than a month later, winning a three round decision over Jorge Gurgel. It would be his last UFC bout for nearly five years.

“I was a 145-pound fighter, and that’s what I looked at,” he said. “I thought Yves Edwards was a great matchup, the same with Gurgel, and I knew I could beat those guys, but my goal in this sport is to be the best in the world, and my opportunity to do that was at 145.”

Hominick returned to the featherweight division, and after going 2-1 in his next three bouts, he was pitted against Brazilian Jiu-Jitsu ace Rani Yahya in the new-look WEC. But this was not to be Hominick’s night, as Yahya submitted him in just 79 seconds. It was a rough introduction to WEC fans, but “The Machine” knew he had to sew up the holes in his submission defense if he was going to make a title run.

June 20, 2010 – TKO2 Yves Jabouin
With the loss to Yahya still a sore point, Hominick went back to the gym and prepared to jumpstart his career. Two wins in Canada and a WEC loss to Josh Grispi ensued, but beginning with a July 2008 submission of Savant Young, Hominick looked ready to tackle the WEC’s best again. He took less than four minutes to submit Bryan Caraway in January of 2010, and then came one of the best fights of 2010, as he went to war with Yves Jabouin in front of his Canadian fans in Edmonton. It was a double hit of good fortune for Hominick, because not only did he get a third win in a row, but he made himself a must see for WEC fans when it came to precision striking on the featherweight division’s most visible stage. “The Machine” was back. 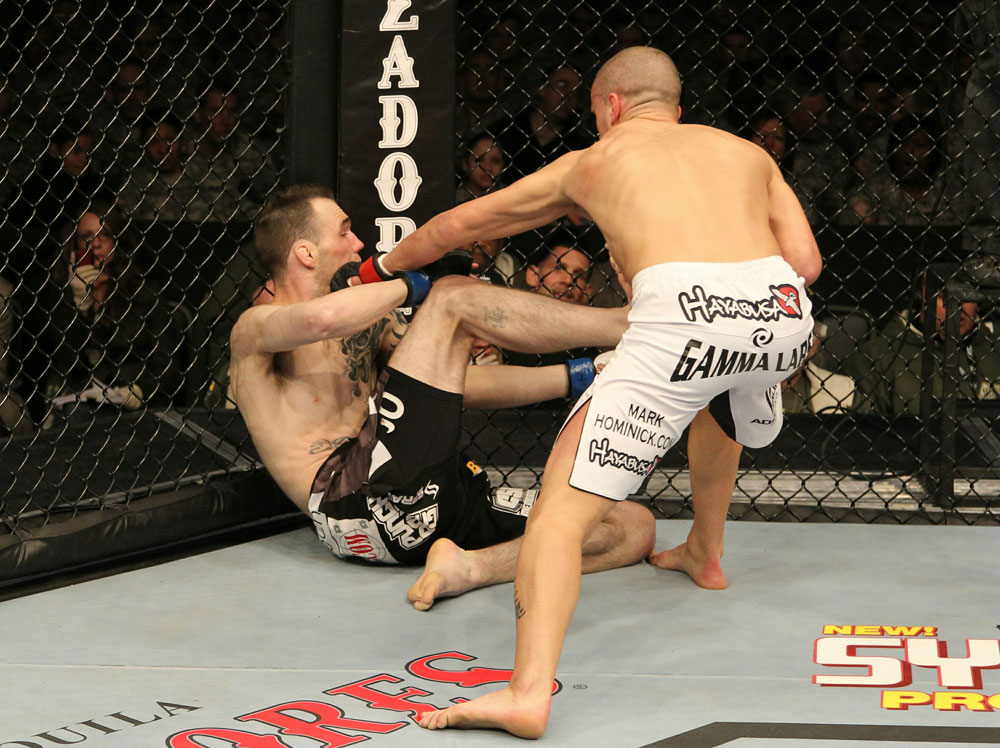 January 22, 2011 – TKO1 George Roop
In September of 2010, Hominick continued his resurgence with an action-packed win over Leonard Garcia that was a split decision only in the eyes of the judges, and as the WEC merged with the UFC, organization president Dana White made it known that after Grispi was injured and forced out of his UFC 125 title bout against Aldo, the next shot at the champion would go to Hominick, but only if he got past his January bout against his teammate George Roop. For many fighters, it could have been a recipe for disaster, but Hominick showed off the maturation of his game as he bit down on his mouthpiece and made sure nothing would keep him from his date with destiny – not Roop, not the pressure, and not a cut or injury. The TKO win took just 88 seconds, and Hominick had his title shot.

“I wanted to make a statement with the fight,” said Hominick. “There was talk that I was going to get the title shot, so I knew I was close, but I just wanted to go in there and make a statement, silence any of the critics, and just prove why I was the number one contender, and I went in there and that’s what I did.”

Now he’s got just one more win to go to be called “champion”.