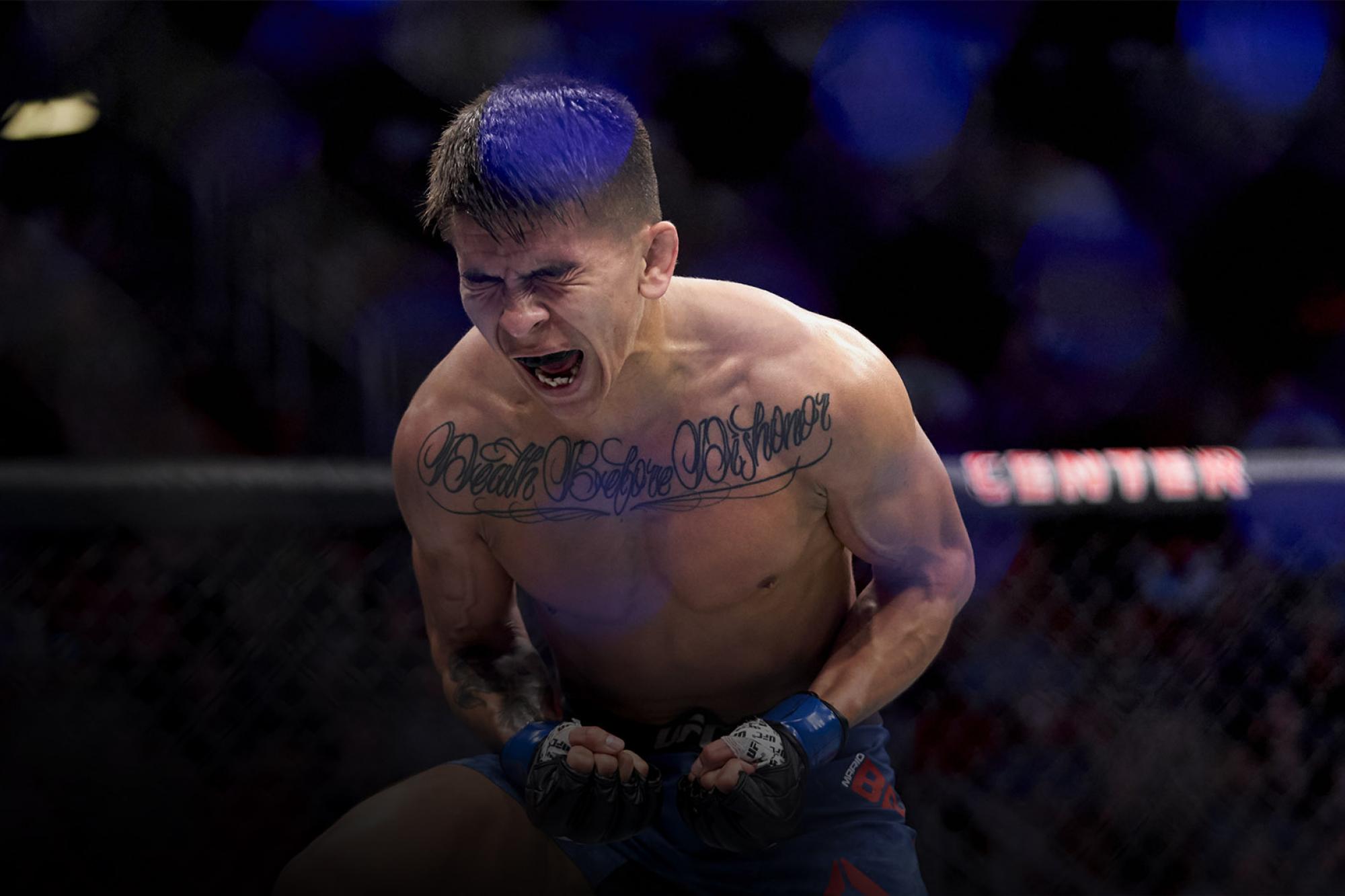 Mario Bautista is doing everything he can stay ready in case a fight arises
By Thomas Gerbasi, on Twitter: @TGerbasi • Apr. 11, 2020

At this time last year, Mario Bautista was itching to get back into the Octagon and erase the memory of a short-notice loss to Cory Sandhagen that started off his UFC career on a negative note, despite some positive moments in the January 2019 meeting.

This year, the 26-year-old bantamweight is in a similar state of mind in terms of his eagerness to return to action, but the situation is completely different.

First, of course, there’s the COVID-19 pandemic that has put a halt to so many things around the nation and the world. That means Bautista’s short-notice bout replacing Louis Smolka against Davey Grant in Columbus last month was postponed, but the Arizonan hasn’t stopped working.

“I'm staying in shape, and even with everything that's going on, I have to be doing something,” he said. “I'm trying to fill up my day with either hiking, working out, doing mitts whenever I can. I haven't been really wrestling with anyone or doing jiu-jitsu, but I'm doing everything I can just to stay in shape for myself. And if the occasion arises, I can take a fight. I try to stay ready.”

That’s the fighter’s life, or at least this fighter’s life, so while some are missing nights out with friends, going to concerts or ballgames, Bautista is comfortable with a Spartan existence for the time being.

“Even in my normal, everyday life, before all this, I didn't really go out too much,” he said. “It's usually gym, home, gym, home.”

Now it’s mostly home, but the 26-year-old isn’t complaining. The only thing that does sting a bit is that after a Performance of the Night finish of Miles Johns in February, he wasn’t able to capitalize right away in March.

“I didn't even get hurt or anything and I came back to the gym that Monday,” he said. “I didn't want to get fat and lose a lot of time. I felt good, so I said I'm just gonna go the gym. Two or three weeks later, they called me and asked if I could take a short-notice fight for the 28th and I said yeah.”

A couple weeks after that, the card – and his fight – got postponed. If there is any consolation, it’s that everyone else in the stacked bantamweight division is in the same spot as he is, and if anyone has momentum firmly in his corner, it’s Bautista, who rebounded from the loss to Sandhagen with a Fight of the Night win over Jinsoo Son and the stoppage of the highly-touted Johns. In other words, Mr. Bautista is becoming must-see TV. 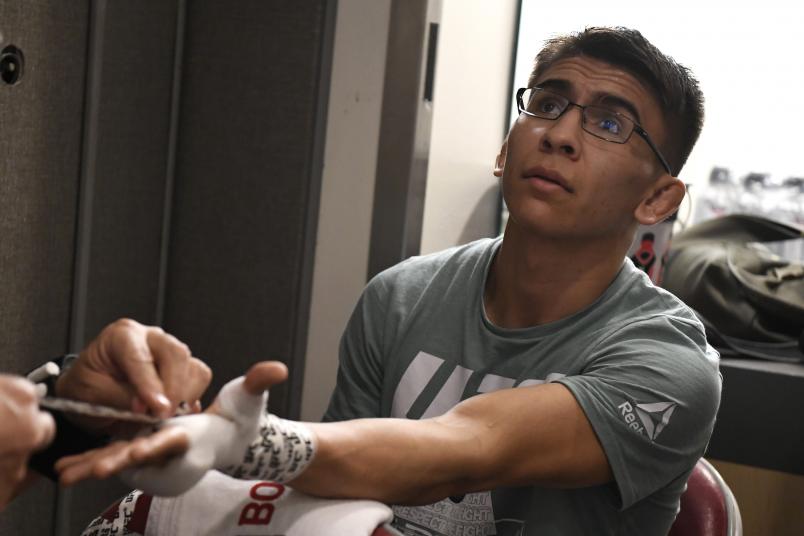 HOUSTON, TEXAS - FEBRUARY 08: Mario Bautista has his hands wrapped backstage during the UFC 247 event at Toyota Center on February 08, 2020 in Houston, Texas. (Photo by Mike Roach/Zuffa LLC via Getty Images)

“It feels pretty good,” said Bautista of his rising profile. “I'm putting in the work, and not only putting in the work but pulling off these performances inside the cage. I feel like I'm getting recognized, but I'm not letting it get to my head. I'm still just a quiet guy who just comes into the gym and works hard, and I let my performances speak for themselves. But I'm glad people are starting to watch. I always get messages saying, ‘If you're on the card I'm gonna definitely watch,’ or ‘I'm a big fan, that was a crazy fight.’ It's starting to feel pretty real now.”

That’s the difference a year makes. And maybe in April of 2021 he could be looking at a rematch with the only man to beat him in the Octagon, the No. 4-ranked Sandhagen.

“Once I get to the top and I still have that one loss to him and he might be the one in front of me, I think that would make a great story, and an even better one if I beat him,” he agrees. “But that loss has given me so much confidence, especially with what he (Sandhagen) has been able to do. To feel what I felt in there, I had little moments, so I got confidence from that and I knew I belonged there and I feel I'm right behind him on my way to get up there.”