Mario Bautista Is Searching For His Best Performance Yet

With the high energy and intensity that comes along with having two of his teammates preparing for big fights, Mario Bautista was looking for a fight.

At the beginning of June, he got one. And while he won’t be on next week’s UFC 276 card that features MMA Lab teammates Jared Cannonier challenging middleweight champion Israel Adesanya and Sean O’Malley in a clash against Pedro Munhoz, he had no problem strapping up the gloves seven days early for Saturday’s matchup with Brian Kelleher.

“I was getting ready for an opportunity on July 2 because I had Sean on that card and Jared's fighting for the belt, so I wanted to be ready just in case an opportunity came up,” said Bautista. “And it was one week earlier, so I felt good and I've been in the gym training hard, so I had no issue taking this fight.”

It’s an important one for the bantamweight prospect, as he’ll be in with a battle-tested Kelleher, a veteran who competes in his 38th pro fight this weekend. Sure, there won’t be the roar of the crowd at the UFC APEX in Las Vegas that there will be at T-Mobile Arena on July 2, as the Arizonan puts it, “A fight's a fight. I wish it would be in front of some people, but it's all good.” 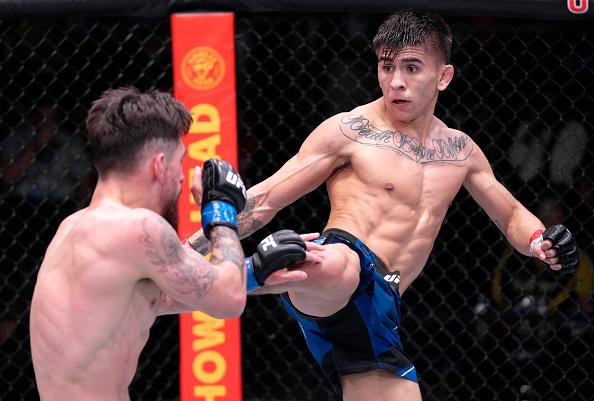 Especially if he can make it two straight wins and four of his last five. If he does that, it doesn’t matter that he hasn’t fought in front of a packed house since his stoppage of Miles Johns over two years ago. But Bautista does admit that he’s ready to get back to the way things used to be on a more regular basis.

“I thought I wouldn't miss it too much because when you're in there you really don't pay attention too much, or at least I don't, to the crowd,” he said. “But I went to the UFC here in Phoenix and that crowd made me miss it. So hopefully after this one, I can get on a card with a crowd.”

At UFC 274 in his adopted hometown, Bautista didn’t have to work, but it was a different vibe now that he’s established in the sport’s biggest promotion.

“Here locally, I'll have a few photo requests, which is always fun, but it’s also good just being able to watch the fights and relax and not have to worry about your fight. You can just go there, grab a little Modelo and watch the fights.”

That must be a trip for the Nevada native, who turned pro in 2017.

RELATED: Tsarukyan Is Here To Knockout Gamrot | Gamrot Wants To Challenge The Best

“It's something you always dream of,” Bautista said. “When you're coming up, you picture yourself in these situations, so it's always fun. And it's always the right amount. It's not overwhelming; it's not like I'm Conor McGregor. (Laughs) It's nice and I think it's the perfect amount for me right now.”

“Right now” is the operative phrase, as things will escalate as he keeps piling up the wins. Even these days, Bautista notices that when the younger fighters in the gym spar with him, they put a little extra on the fastball for the “UFC guy.” That’s good for them and good for him, especially after he bounced back from a 2021 loss to Trevin Jones with a March victory over Jay Perrin. 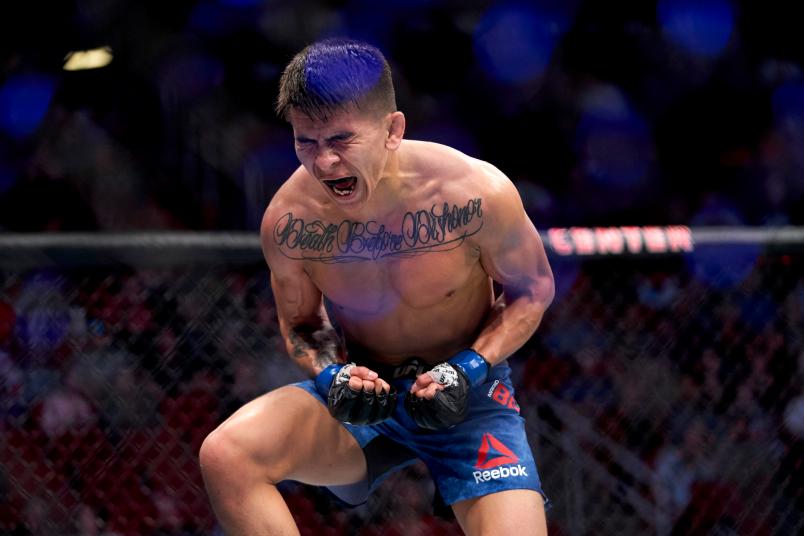 “I just stay in the gym all the time and you have to take what you can from each fight,” he said. “A loss hurts and it's something you think about until your next camp, but I just don't want to lose. So I'm always training hard. And each camp, even these younger guys who get thrown there for my rounds, those guys are constantly getting better, so I'm having to always keep up with those guys. It's always a learning process at the gym, for sure. And I'm not the young guy anymore. They come in here and they're trying to prove something, and you've got to show 'em what's up a little bit.”

Bautista laughs, and I laugh harder as a 28-year-old bemoans the loss of his youth. But don’t worry, the “Old Man of Arizona” is keenly aware that the best is yet to come. It may even show up this weekend.

“I'm 28, gonna be 29, and it's like a four-year window from 28 to maybe 32 when you're physically at your best and that's when you have all your skills,” he said. “And so I think that's the thing that's really motivating me right now. I needed to take this fight; it's an opportunity and I'm ready for it. I'm trying to be as active as I can in this time right now so I can have my best performances.”