Mario Bautista wants to follow-up his Fight of the Night performance by ending his opponent's unbeaten run.
By Thomas Gerbasi, on Twitter @tgerbasi • Feb. 3, 2020

Having seen Jinsoo Son’s 2018 war with Petr Yan, Mario Bautista knew he was going to be in for a fight with the South Korea native last summer. He just didn’t know it was going to be Fight of the Night.

“At first, it was strictly business,” said Bautista. “A lot of people do, but I didn’t go in there thinking I was gonna get Fight of the Night. My only thing was just to win.” 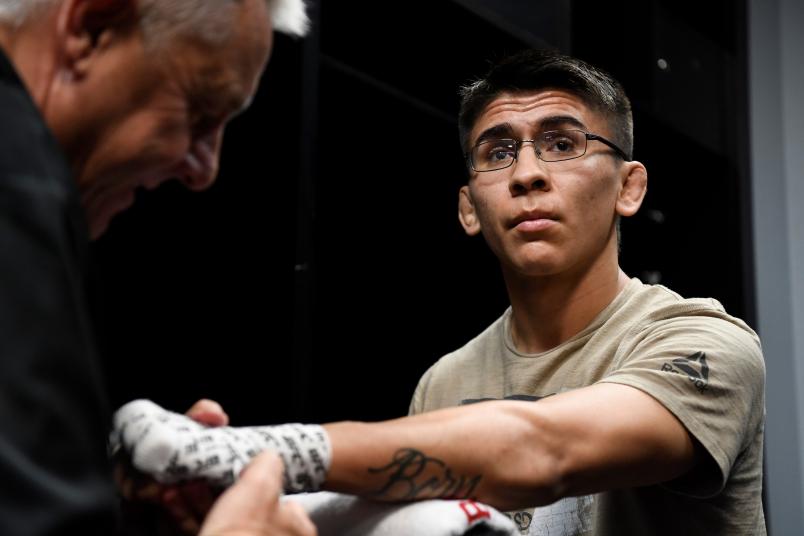 It was an understandable mindset, given that both Bautista and Son were looking to bounce back from UFC debut losses at the same time in San Antonio. But given such high stakes, it’s not surprising that the two bantamweights threw down for three rounds until Bautista left with a unanimous decision victory.

“You just want to get that first win,” said the Nevada native. “I was coming off a loss and he was coming off a loss too, so I felt like they were putting us together to see who wants it more. I came out on top and I was relieved, but being in the UFC, there’s always gonna be that little bit of pressure no matter what.”

Once the final horn sounded and Bruce Buffer announced him as the winner of the July 20 bout, it was all positive notes for the 26-year-old, who upped his pro record to 7-1 as he and Son took the Fight of the Night bonus on a card featuring big names like Leon Edwards, Rafael Dos Anjos, Walt Harris, Aleksei Oleinik, Dan Hooker, Andrei Arlovski, Ben Rothwell, Irene Aldana and Greg Hardy. That’s not to say Bautista and his team weren’t watching the rest of the card go by to gauge their chances for that $50,000 check.

“In my mind it was just a regular, good ol’ fight, but it wasn’t until I went backstage, and coaches and random people were saying, ‘Hey, that was a great fight, Fight of the Night, good job, you’re crazy,’” he said. “So I didn’t realize it until afterwards. Then we started counting down the fights. (Laughs) But it was pretty cool to get Fight of the Night with all the talent and big names on the card, so I was really happy with that.” 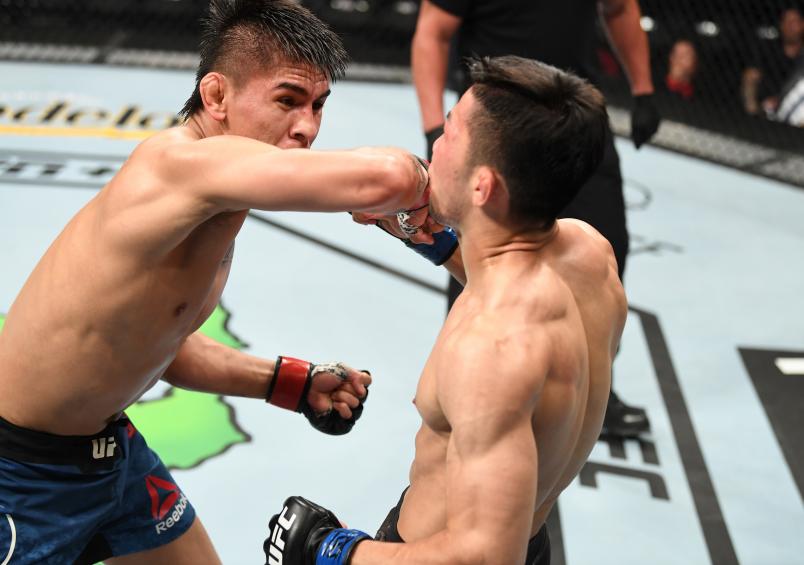 Once he got home to Arizona, Bautista didn’t go buying a sports car or anything extravagant. Instead, he took heed of the words of UFC matchmaker Sean Shelby, who told him after the fight, “Save your money,” before Bautista even had a chance to speak. There was a trip to his hometown by air instead of car, which saved him a 12-hour drive, but other than that, it was back to work to get ready for his next trip to the Octagon on Saturday against unbeaten Miles Johns.

For Bautista, it’s an interesting position to be in, as he was once the young hotshot with the perfect record before Cory Sandhagen beat him a little over a year ago in his short-notice UFC debut. Now it’s his turn to try to turn Johns’ “0” into a “1” in Houston.

“The mindset I had was that whatever I was doing, it was working, so I really didn’t grow as fast as I could have,” Bautista said of his approach before the Sandhagen fight. “I didn’t feel I had to change much, but after that loss, I realized you do have to change mentally, physically, with your skills, everything. So I feel like he (Johns) is going in there with the mindset that he doesn’t really have to change anything, that he’s won all these fights and whatever he’s doing is working for him. So I hope to change his mind on February 8th.”

“The closer it gets to the fight, I start to realize that I am being looked at and I like that pressure,” Bautista said. “It motivates me, it drives me and I want to continue to stay on everyone’s radar and stand out from everyone. I’m going to continue to do that and just push hard.”