Marcin Tybura Building His Own Story

Streaking UFC 267 Heavyweight Proud To Have A Hand In Poland's Ongoing Power
By Gavin Porter, on Twitter: @PorterUFCnews • Oct. 28, 2021

Thanks to the likes of Jan Blachowicz, Marcin Tybura and Michal Oleksieijczuk, UFC 267 might be the most important UFC event ever to the people of Poland.

“In Poland, we call it [UFC 267] the Polish card, the most important UFC event ever because every fan in Poland will watch from the beginning to the end,” Tybura told UFC.com. “There are three of us, Jan Blachowicz fighting for the title, me on the main card and Michal Oleksiejczuk, so it’s great. There is a lot of attention in Poland for this fight and for us. It’s a big event.”

Headlining the event is Blachowicz, someone that Tybura has known for years and watched grow on his way to becoming the UFC light heavyweight champion. Seeing Blachowicz’s changes over the years gave Tybura inspiration that he’s on the right track and that trusting the process will produce results.

Tybura’s UFC journey has had some ups and downs, but he’s been red hot since the beginning of 2020, winning five straight fights.

In his next chapter, Tybura is seeking a something epic.

Even though he’s had some great moments during his five-fight win streak and made his way into the UFC heavyweight division’s top 10, he’s still looking for his signature moment, the type of performance that changes the narrative of his career and establishes him as one of the true elite fighters at heavyweight.

At UFC 267, Tybura believes he has the perfect opportunity to truly break through when he faces perennial contender Alexander Volkov. 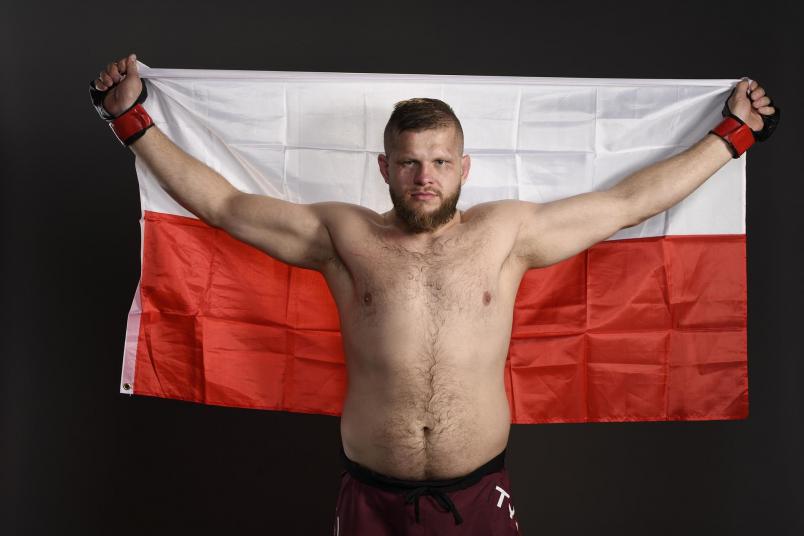 “I’m just building my position as an exciting fighter, and to do that I have to beat the best in impressive ways,” Tybura told UFC.com. “I’m looking to showcase my skills against Volkov and earn my third straight performance bonus. Beating Volkov in a big way will, of course, be a big moment for me and show that I’m an exciting fighter.”

Things are heating up in the heavyweight division, with the undisputed title on the line when champion Francis Ngannou meets interim champion Ciryl Gane at UFC 270.

“When it comes to the gold, everyone wants to see an exciting matchup,” Tybura said. “I want to be that exciting fighter so that when I’m matched [for the belt], people are waiting for this fight. Right now, I’m on my way to build this position.”

Tybura is rightfully brimming with confidence after notching his last two victories in impressive fashion. The 35-year-old UFC veteran handled the explosive quick starts from Greg Hardy and Walt Harris en route to finishing both fights by TKO. Tybura’s ability to maintain his composure during moments of adversity has been one of the major reasons for his recent success. 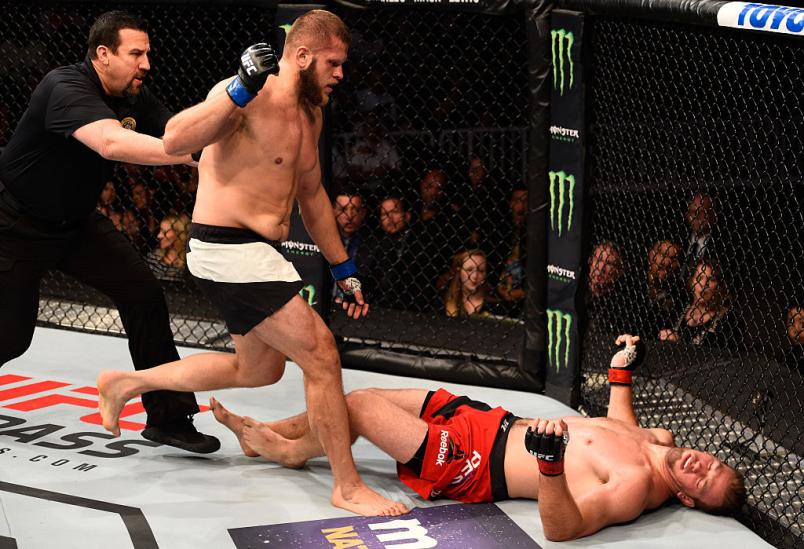 Over the course of his five-fight win streak, Tybura has utilized his excellent cardio and toughness to drain his opponents of their gas tank then smother them in the clinch or with ground-and-pound on the canvas. He has followed this victory formula to perfection and believes that he can rely on it once again when it comes to Volkov.

“I’m a bad matchup for him right now because I know how to make this guy tired in the Octagon and finish him,” Tybura said. “I’m not worried about him storming at me; I know how to defend myself. I had some rough times in my fights, too, but that only works for me to win. Right now, I just want to go to the deep water with him and see whose cardio is better.”

“We had the chance to do everything we needed to do for this fight, and everything went perfect. Now it’s time to get the job done.”