Manuwa knows big things are coming if he beats Oezdemir 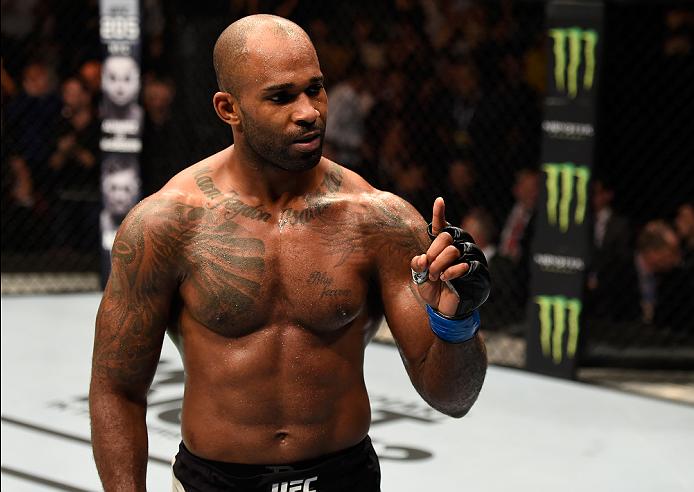 Just a few hours away from the biggest fight of his career, now would seem like a fitting time for Jimi Manuwa to take a moment to reflect on the rollercoaster ride his 37 years of life have produced.

Saturday night in Anaheim, Manuwa squares off with Volkan Oezdemir in the opening bout of the UFC 214 main card in a bout that could very well determine the No. 1 contender in the light heavyweight division. Four fights later, the title both men are chasing will be on the line, as champion Daniel Cormier defends his title against Jon Jones in the biggest grudge match to grace the Octagon in years.

The light heavyweight standout’s journey to this point has covered a lot of ground. He was born in California and spent his early years in Nigeria before his family settled in London. He fell in with a rough crowd, got in fights and was barred from the clubs before spending time in jail for burglary. It wasn’t until after he got out, as his 20s started winding down, that he got interested in mixed martial arts.

“My life has just been my life and the story continues,” said Manuwa, who has picked up consecutive Performance of the Night bonuses heading into Saturday’s main card opener with Oezdemir.

“I haven’t really sat back and thought about it, but I think I might write a book – get a ghostwriter to write a book – because the book, I think, would be a best-seller because I’ve been through so much in my life and it’s been ups, downs, ups, downs and it has been really exciting.

“Sometimes I talk to my friends and they’re like, ‘I remember when this happened’ and it’s like, ‘Oh s**t!’ but I don’t really look back – I look forward.”

His focus on constant forward motion, which aptly describes his stalking style in the cage as well, came in handy in the wake of his most recent victory – a hometown knockout win over Corey Anderson in March.

Following the contest, Manuwa made his case for a title shot and a back-and-forth with Cormier ensued, but Jones’ return was confirmed soon after and it only made sense for the former champion to step right in against his archrival this summer. The powerful Londoner understood and quickly shifted his attention to Oezdemir after the Swiss newcomer collected his second win in four months and agreed to face him this weekend in Anaheim.

“The minute the fight was made, my sole focus was on Volkan,” said Manuwa, who will be fighting in the United States for just the second time and arrived in Southern California early in order to get properly acclimated ahead of this weekend’s card. “I have to concentrate on him because he’s a dangerous fighter and I look forward to testing my skills against his.

“I wasn’t pissed about the Jones thing because I do get it – Jones is probably the greatest fighter ever in the Octagon and that’s a big massive fight, I think – but at the same time, I know that beating Volkan, big things are coming my way, so it’s one more win.” 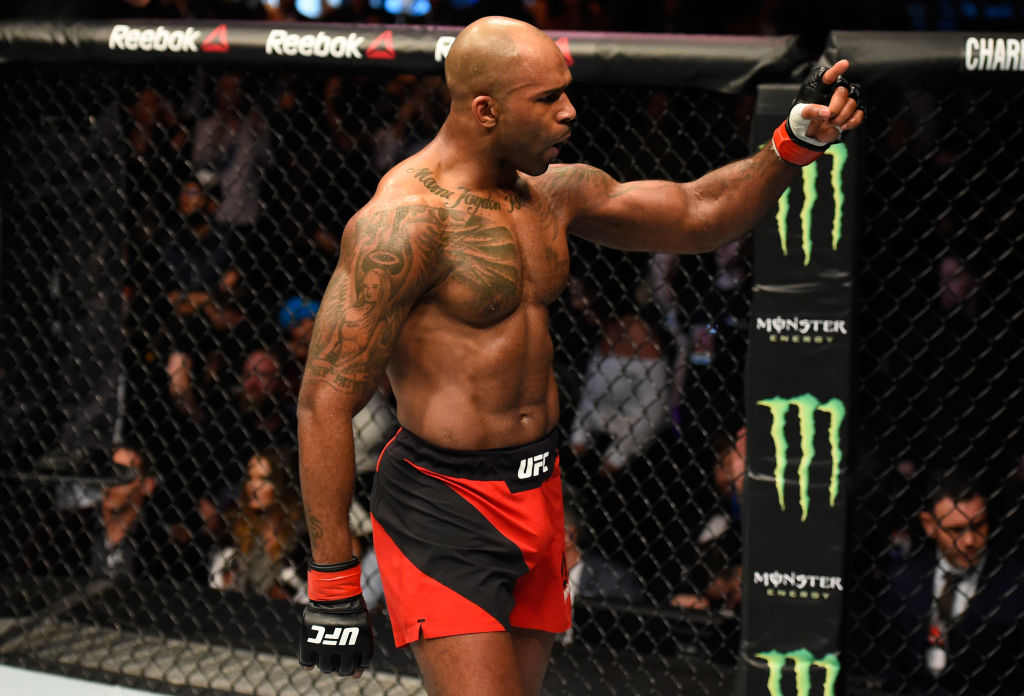 In just two fights, the newcomer from Switzerland has established himself as a legitimate threat in the light heavyweight division. After edging out perennial contender Ovince Saint Preux on short notice in his promotional debut, Oezdemir opened a lot of eyes by knocking out surging contender Misha Cirkunov in just 28 seconds 16 weeks later in Stockholm.

He agreed to face Manuwa prior to arriving at the post-fight press conference following his bout with Cirkunov and has made it clear from the jump that not only is he keen on standing with the devastating power puncher on Saturday, but also that he intends to knock him out in the opening round as well.

The bold prediction and bravado have zero impact on Manuwa, an expert sniper inside the Octagon with designs on delivering another “one shot, one kill” performance this weekend.

“To me, he’s just another body,” he said in regards to Oezdemir’s assertions. “He hasn’t got anything that I haven’t seen before as far as great boxers, great kickboxers. We’re ready for anything he poses. I’m ready and I’m looking forward to punching through his guard and penetrating his body.

“I fight the way I fight and if he wants to try and match the way I fight, it’s going to be his downfall. No matter what he does, he’s going down. I don’t really care what he says; I’m coming to do damage as usual.”