MANSCAPED™, the leading men’s lifestyle consumer brand and male grooming category creator, and UFC®, the world’s premier mixed martial arts organization, today announced a multi-year extension of their partnership in which MANSCAPED will continue to serve as the first-ever Official Electric Trimmer of UFC. Partnership integrations and new enhancements have rolled over into the renewal to much fan acclaim and will continue over the next three years.

“As one of our very first sports marketing partners, UFC was integral in helping MANSCAPED redefine sports sponsorship worldwide,” said Paul Tran, Founder and CEO of MANSCAPED. “UFC’s unmatched platform not only increased our brand exposure but played a significant role in reaching our target demographic on a global scale, and during the formative years of our business.” 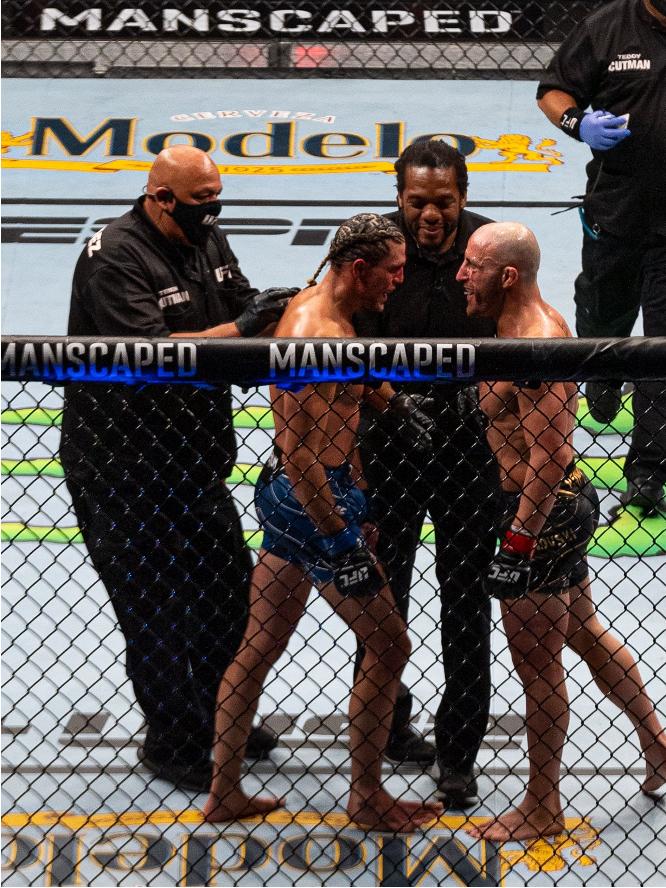 “The MANSCAPED team have been fantastic partners, and we’re thrilled to continue our relationship with them,” said Grant Norris-Jones, Vice President, Global Partnerships, UFC.  “Our sponsorship business has been growing dramatically the past few years, but renewals with innovative brands like MANSCAPED speak volumes about the value our partners see in continuing to align with UFC to reach their customers.”

MANSCAPED will maintain meaningful visibility in front of UFC’s global fanbase of more than 625 million people and over 178 million social media followers. Placement includes signage on the world-famous Octagon®, including exterior horizontal bumpers for all Pay-Per-View and Fight Night events. MANSCAPED will also serve as the presenting sponsor for rounds four and five of all UFC events. Additional elements of the partnership include in-venue fan interactions, as well as in-broadcast integrations, including the “Fighter Description” feature during athlete walkouts for all Pay-Per-View events, and activations across digital and social platforms for select events.

The first PPV fight of the year, and MANSCAPED’s 2022 UFC debut, will bring reigning UFC heavyweight champion and past MANSCAPED partner Francis Ngannou back into the Octagon on January 22, , where he will take on interim heavyweight champion Ciryl Gane in the much anticipated main card event of UFC® 270: NGANNOU vs. GANE . This stacked card will also feature Moreno defending his flyweight championship against former flyweight champion Deiveson Figueiredo, as the two look to complete an epic trilogy.

“In working with the exceptional UFC team beginning back in 2019, we realized what it’s like to partner with an organization that immediately and instinctively embraced the MANSCAPED brand,” said Joey Kovac, Vice President of Marketing at MANSCAPED. “In addition to prominently highlighting MANSCAPED during fight nights and events, this partnership unlocked many other impactful marketing opportunities for us within UFC’s coveted network. We’re continually excited by our brand synergies and the new developments to come with this renewal.”

On November 23, 2021, MANSCAPED announced its entry into a definitive business combination agreement with Bright Lights Acquisition Corp. (Nasdaq: BLTS) (“Bright Lights”). Upon the closing of the business combination, which is expected in the first quarter of 2022, the combined company will be named Manscaped Holdings, Inc. MANSCAPED intends to apply to list the common shares of the combined company on the Nasdaq under the new ticker symbol, “MANS.”