Manon Fiorot Has Much More To Show

Manon Fiorot Sees Her UFC Fight Night: Blaydes vs Daukaus Showdown With Jennifer Maia As A Chance To Show That She's The Real Deal.
By Zac Pacleb, on Twitter @ZacPacleb • Mar. 24, 2022

About two days before Manon Fiorot flew to Las Vegas to fight Jessica Eye at UFC 272 — a fight that would’ve solidified her as a contender — she received a call letting her know Eye was injured and out of the fight. A disappointment, for sure, because a win over the former title challenger would’ve likely set Fiorot up for a crack at the upper echelon of the division. Additionally, the fight would’ve been Fiorot’s first in front of a proper UFC crowd.

However, the fight game breaks in a good way sometimes, which is what happened for Fiorot. The 32-year-old was booked for a fight a couple weeks later and against another and more highly ranked former title challenger in Jennifer Maia. Had Fiorot gotten past Eye, she might’ve matched up with Maia afterward, so Fiorot sees the sequence of events as “a really good thing” as it’s a bit of a fast-forwarding of her climb up the flyweight ranks.

“(Maia) is a really tough opponent,” Fiorot told UFC.com through a translator. “I know she has good skill on the ground, too. She did five rounds against Valentina (Shevchenko), and all the judges say she won the second round, so I definitely respect her. I want to win against her.”

While Eye would’ve tested Fiorot’s grappling game, Maia is an even stiffer test in that sense.

A lot was made of Maia’s second-round success against flyweight queen Valentina Shevchenko due to Maia getting a takedown and maintaining control of the champ, and her lone UFC finish came via submission.

At times, a quick opponent change can create a disadvantage for the fighter who was preparing for a completely different style of foe, but Fiorot and her team didn’t really see much of an alteration from Eye to Maia. 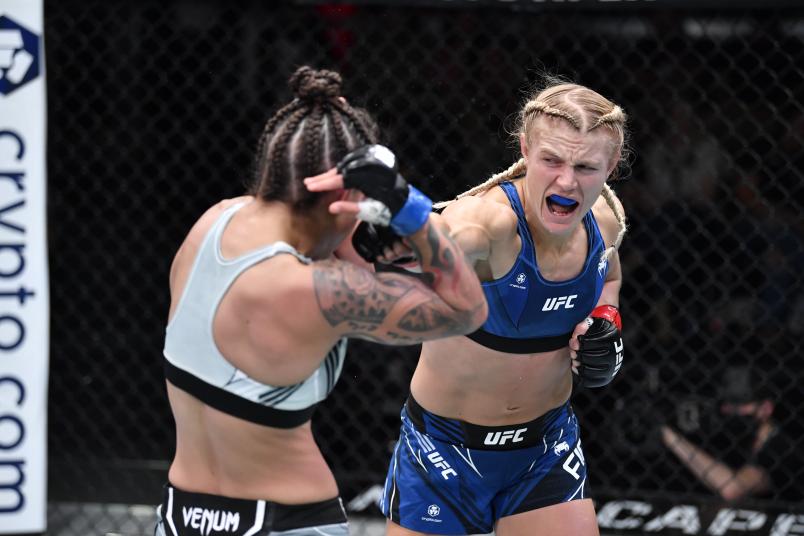 “I’m not really sure they are so different,” Fiorot said. “They are two different heights and two different levels, but they are similar. We just work for it. We worked on the ground and with the height.”

In fact, the ever-confident Fiorot is also certain she has the goods to hang on the ground with Maia.

Although Fiorot doesn’t feature any submissions on her record, she has displayed a strong defensive grappling game, boasting a 100 percent takedown defense, according to FightMetric.

“For now, people just think I’m a better striker, but really, I can beat Jennifer in any way,” she said. “I can wrestle. I can go to the ground with her. I’m the best in all the areas.”

That said, Fiorot expressed her desire to become the first person to knock Maia out in the UFC. A win over Maia certainly puts Fiorot in that title fight discussion, but a finish accelerates that conversation tenfold, especially considering the fact that Maia hasn’t ever been finished in the Octagon.

Fiorot is coming off her first decision victory in the Octagon, a unanimous nod over Mayra Bueno Silva. The decision was only the second time Fiorot went to the judges, and while some might see that as a disappointing result, Fiorot had a more positive read. The France native had contracted COVID-19 only a couple weeks earlier, so going three hard rounds with a “tired body” was an accomplishment.

Regardless, Fiorot is only focused on delivering another impressive, entertaining performance against Maia. The way Shevchenko has inhaled title challenger after title challenger, a win over a Top 5 contender would lead one to thinking Fiorot could find herself with a title shot in 2022. However, she’s looking at a little bit of a longer road.

“For now, I’ve only had four fights in the UFC (including this weekend),” she said. “I won most of them by knockout, so I don’t have a lot of time in the cage, so I want to take one fight for experience, and then after that, we will see for the belt.” 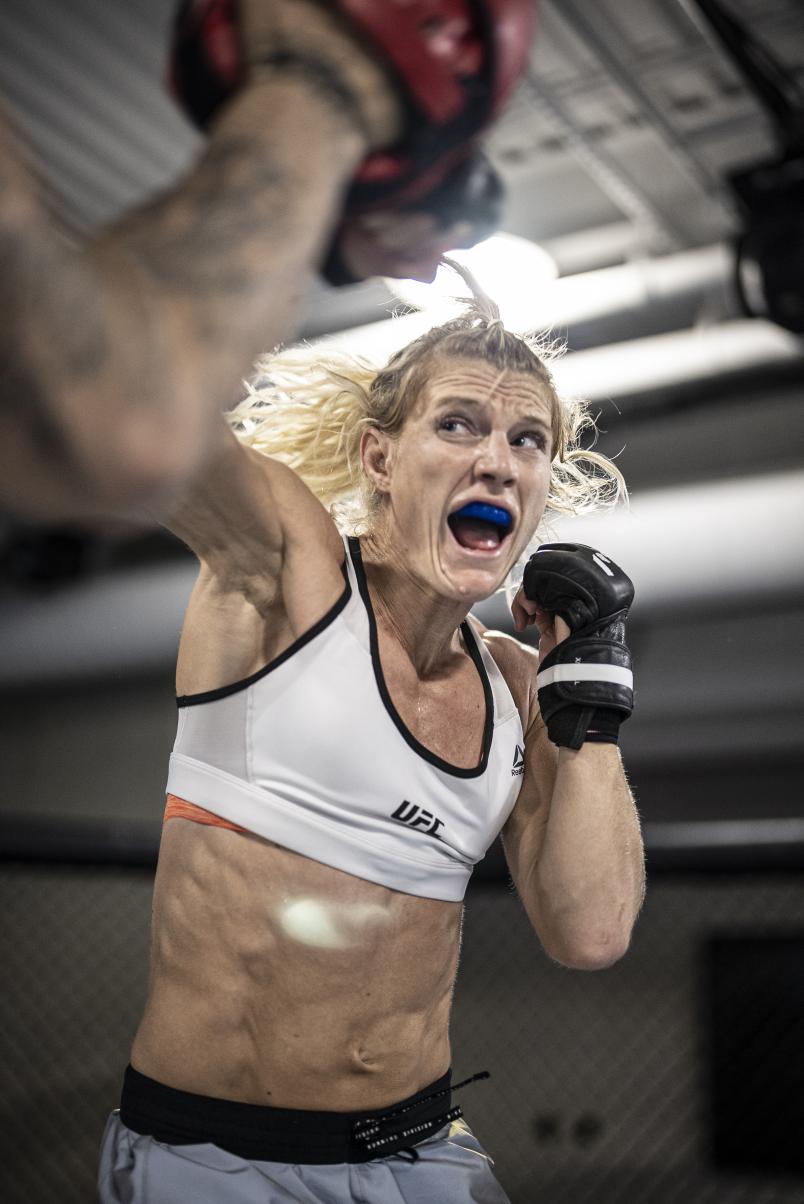 Before she gets to all that, though, she needs to get the job done on Saturday. Fiorot is eager to get into Nationwide Arena in Columbus, Ohio, as it marks her first time fighting in front of fans in the UFC and her first time since she won the Extreme Fighting Championship flyweight title in South Africa all the way back in December 2019.

Fiorot said she believes she performs better with a crowd behind her, so she’s hopeful those in attendance will boost her toward that finish. How she gets it done, she chooses not to theorize, but a big smile grows on her face, regardless. It’s almost time to unleash “The Beast.”

“For now, I really don’t know (how I’ll get the finish),” she said. “I don’t rush to stay on the feet or go to the ground. I know I’m more than ready, so we will see on Saturday evening.”