Mallory Martin Turns Up The Volume

Of all the differences in UFC events during the COVID-19 era, it may be the sounds that stand out the most. Every nuance of the contest is captured: slaps, kicks, punches, coaching advice, even coughs and sneezes. Fighters hear these sounds every day they train in the gym, but for the television audience, the pandemic has brought the auditory experience of mixed martial arts to life.

Exhibit A of this phenomenon should be the blood-curdling scream erupting from Mallory Martin following her first UFC win over Hannah Cifers in Las Vegas last August. If you were watching on TV, you likely remember it. If you were one of the limited staff in the UFC Apex that night, you can’t forget it. After being on the wrong end of Cifers’ power in the first round, she listened to her corner and stayed on top during the scrambles. In the second round she methodically got under Cifers’ neck and scored a submission victory that was awarded a Performance of the Night bonus. The scream soon gave way to tears of joy.

“I can understand all of that emotion coming out of her right now,” remarked commentator Paul Felder. “Because she was out on her feet in that first round. To come back immediately, switch things around in the second round, get the takedown, go right to your gameplan… is not easy to do.”

“Fighting is where I can let out my passion or express myself,” Martin explains as she recalls that moment. “Especially how the fight went—in the first round getting dropped and then coming back in the second round and finishing her—I just felt like I had to let myself out.” 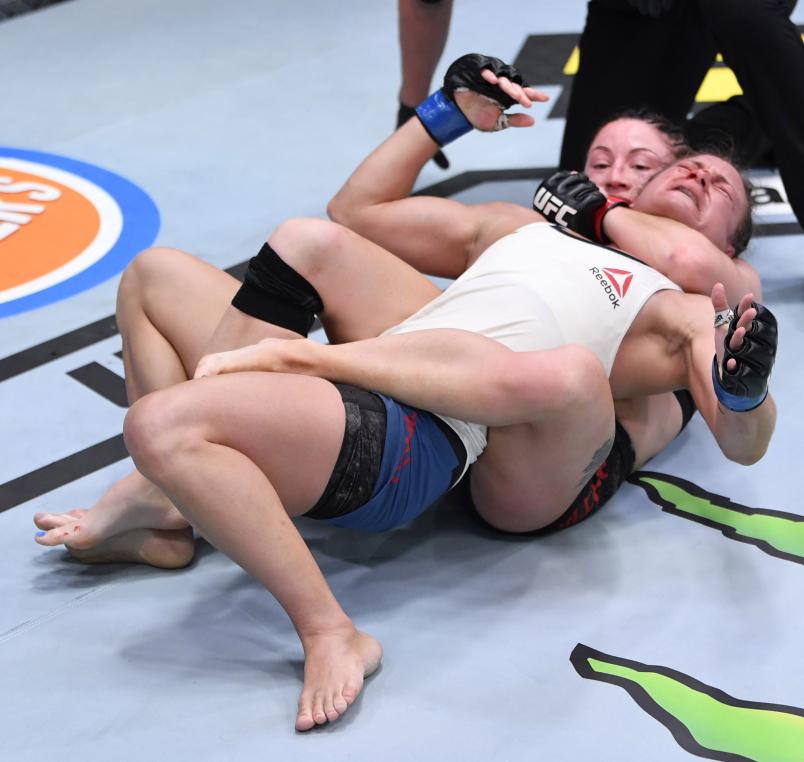 It was a moment worthy of the emotion that it produced. After nearly missing a UFC contract with a 2019 win on Dana White’s Contender Series, the former Invicta and LFA standout had also stumbled in her short-notice UFC debut. It was one of those moments where self-doubt can begin to creep in, but that night, Martin beat it back.

Somewhat coincidentally, her UFC 258 prelim opponent - Polyana Viana - also fought on that same August 2020 card in Vegas and, like Martin, scored her first UFC win after some frustrating and improbable losses. Both combatants will square off with no intention whatsoever of stepping backwards again.

“I just need to play my game,” the 27-year-old says of her strategy for Saturday. “I think my pressure and my top-game is going to equalize her game. She’s good on the ground. Her standup is good, as well. She wants it to be on the ground and so do I. We kind of play a similar game. It’s going to be an exciting fight.” 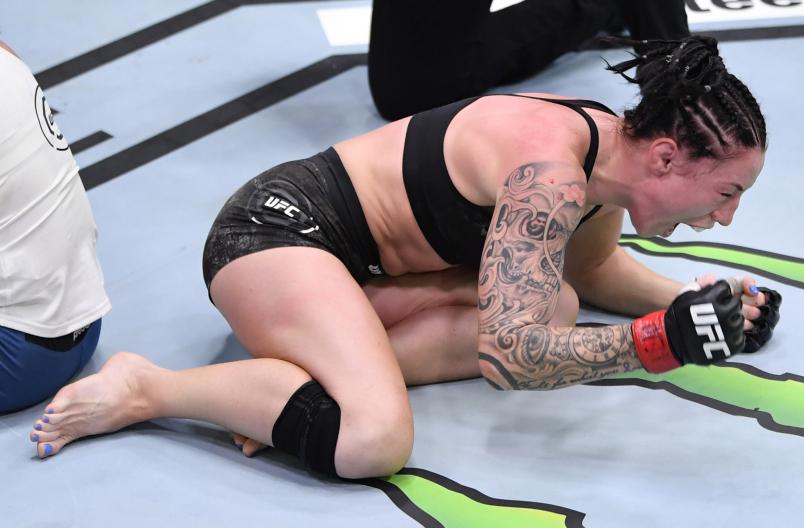 The scream heard around the world, August 29, 2020 in Las Vegas, NV (Photo by Jeff Bottari/Zuffa LLC)

“We were actually supposed to be matched up early 2020,” she continues. “So I already knew that we were future opponents. Right after the win, she called me out. My manager was like ‘All right, you’re fighting Polyana next.’ And I was like ‘Let’s go!’”

After seeing the UFC for the first time on a restaurant television in her youth, she decided on the spot that it was what she wanted to do. With the support of her late father, she found a gym, and after winning her first amateur fight by second-round armbar, she knew she was home.

How To Watch UFC 258 In Your Country

“I remember walking to the back and being like, ‘I want to do it again. When can I fight again?’” 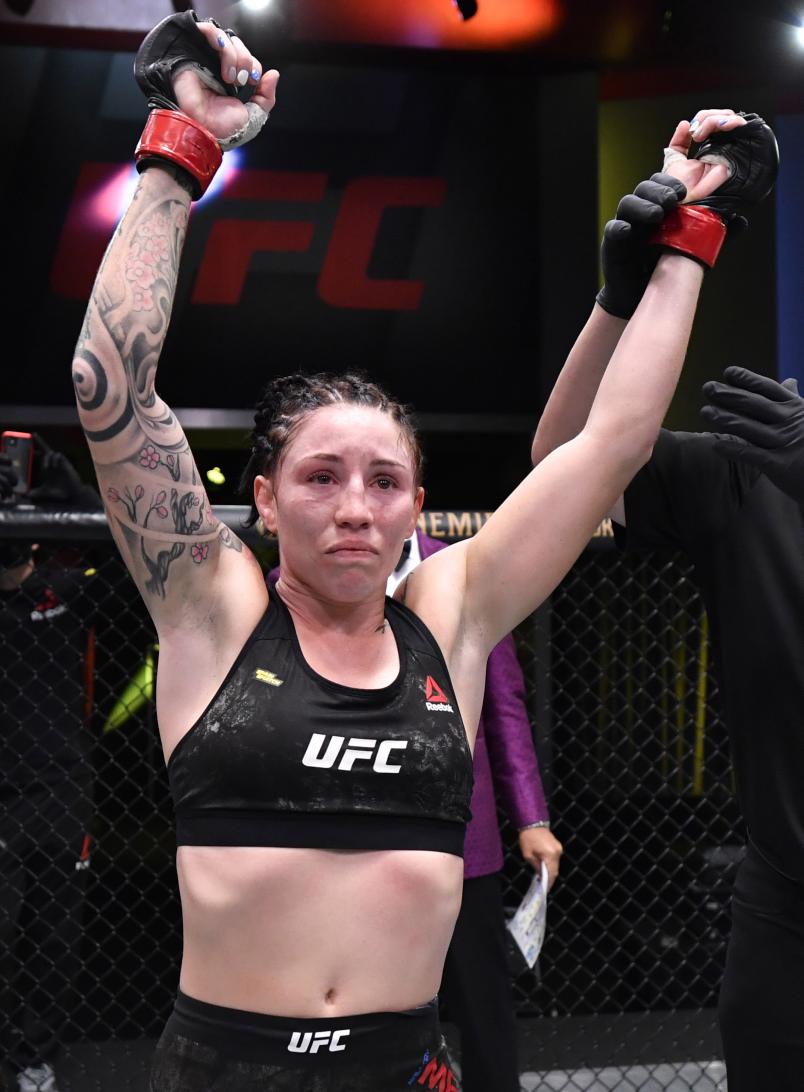 “We have just killers on the mat every day, it’s really cool” she continues. “Alistair Overeem, Curtis Blaydes, Cory Sandhagen…all these guys that inspire me to go out there and perform, too.”

And if she turns in another inspired performance this Saturday, will we get to hear another one of those crazy screams?

“Yeah, maybe,” she laughs. And by “maybe” you can tell she means definitely. 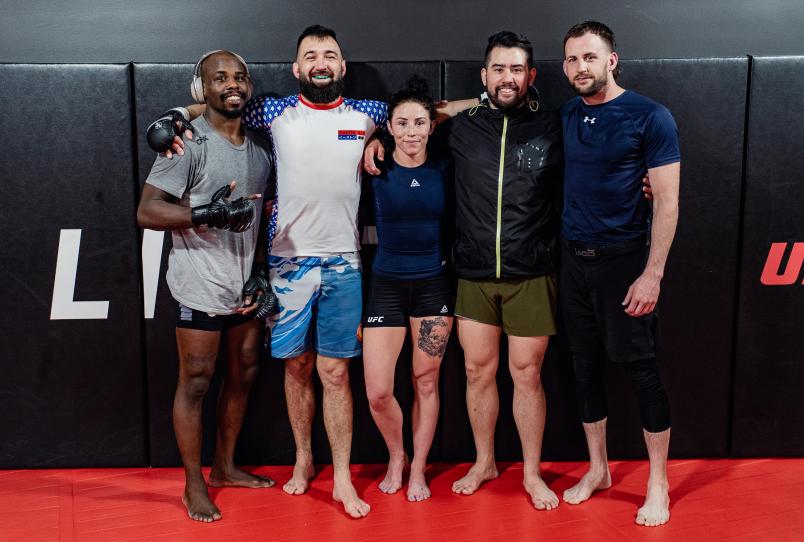 Mallory Martin trains for her UFC 258 bout in the UFC Performance Institute on February 11, 2021. (Photo by Zac Pacleb)