Mallory Martin Is Building Herself Brick-by-Brick

Mallory Martin isn’t one to open up about her emotions on social media, but after grinding for the last nine months, she was inspired to lift the veil and speak on the physical and mental work she has done via her Instagram.

From shoutouts to her teammates and coaches to spelling out the ways seeing a therapist has helped her, Martin is confident she is bringing an all-new version of herself to the Octagon at UFC Fight Night: Font vs Aldo.

“It’s literally been all growth for me,” Martin told UFC.com. “I’m excited to go in there and show my skill set. I’ve improved so much in the cage and in my personal life as well.”

The work is done. @MalloryyMartin is ready to bring the violence next Saturday! pic.twitter.com/dNz15ASZ7E

As she approaches her fourth fight, Martin believes she has gained a sense of calm in the heat of the moment, something she struggled with to an extent on her first trio of UFC walks.

In addition to training in Colorado with Elevation Fight Team, Martin also helped strawweight champion Rose Namajunas prepare for her recent rematch against Zhang Weili at UFC 268. Martin valued the experience highly and took Namajunas’ advice of believing in herself and her skills to heart.

With a whole host of reasons for confidence in tow, Martin had to adapt as fight week approached. Originally, Martin prepared for grappling specialist Montserrat Conejo. However, Conejo fell out of the fight and was replaced by Cheyanne Vlismas, who brings a different list of problems, albeit ones that do not concern Martin. 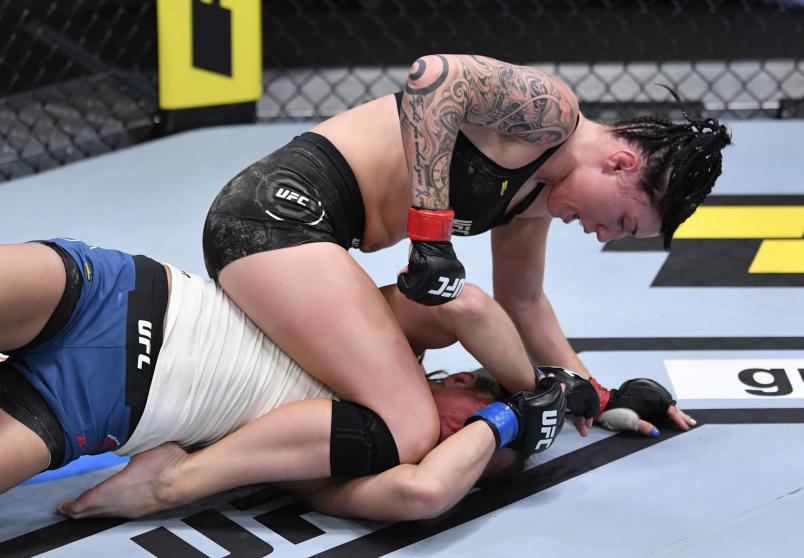 “I love the matchup,” she said. “I think it’s going to be a super exciting fight. Cheyenne, she doesn’t have any strengths – like something that she does really well – she’s more well-rounded on the ground, well-rounded on the feet. There’s nothing that I have to be worried about or anything like that, so I can really just go in there and play my game, do what I do best and just have fun. I’m really excited to go in there and share the cage with her.”

Although the switch meant 12 weeks of prep down the drain in a way, Martin relishes the opportunity to “do whatever” she wants because of the way she views the stylistic clash.

All in all, December 4 represents a day on which Martin can cash in on all the effort and changes she has made in the last nine months. It was a journey, sure, but should she get her hand raised, it’ll make that moment all the more satisfying.

“It means a lot to me,” Martin said. “I put in so much work during this camp. I have so much trust and faith in the work that I did that I know, without a doubt, I’m getting my hand raised, and it’s going to be a sweet victory for me.”