Makwan Amirkhani Finally Invested in Himself

Makwan Amirkhani is ready to make a statement at UFC 251.
By Gavin Porter, On Twitter @PorterUFCNews • Jul. 7, 2020

Makwan Amirkhani had been saving some organic milk chocolate for after his UFC London bout with Mike Grundy. When the fight was cancelled due to COVID-19, “Mr. Finland” figured he might as well enjoy the reward he had been waiting for.

But after one bite, he remembered letting his foot off the gas in his UFC 244 showdown with Shane Burgos.

“What happened at UFC 244 was a total disaster to me. It killed me every day after the fight and I couldn’t see the light anywhere. I’m not a quitter,” Amirkhani told UFC.com. “It was hard to get over that fight, but once I did, it turned into positives. I’m so thankful for that fight because I lost, and it made me realize I need to invest in myself.”

The fight game is a cutthroat business and that one bite of chocolate fight reminded Amirkhani that he’s the CEO of his own company and in control of his future. 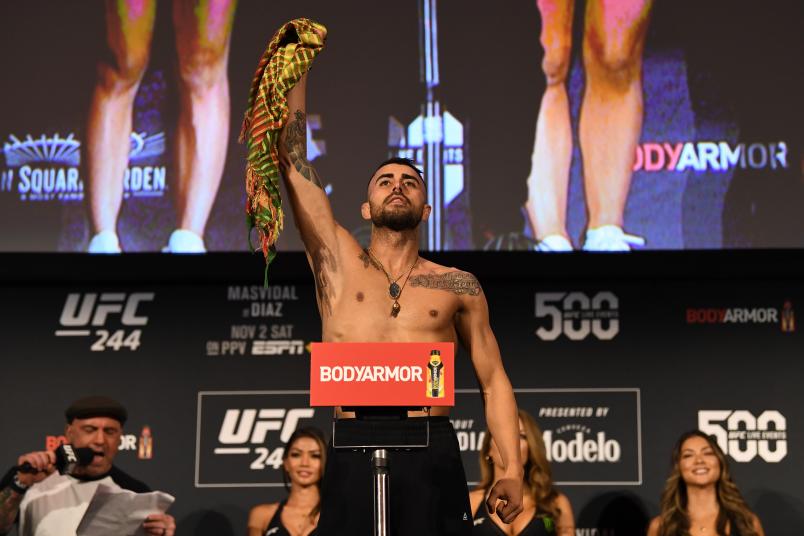 Makwan Amirkhani of Finland poses on the scale during the UFC 244 weigh-ins at the Hulu Theatre at Madison Square Garden on November 1, 2019 in New York, New York. (Photo by Josh Hedges/Zuffa LLC via Getty Images)

He put down that chocolate and decided to push himself unlike he had ever before. That epiphany has led Amirkhani to the shores of Yas Island, also known as UFC’s Fight Island, where he will fight Danny Henry at UFC 251.

“I see myself as a company and I didn’t take that great care of my company. I didn’t invest in myself the way I was supposed to,” Amirkhani said. “I learned so many things about being a professional athlete and now I have the chance to do something that doesn’t feel like work. I’ve done the right things and I’ve learned from these experiences. I’m 31 years old; I’m not a kid anymore and with these lessons I’m ready to make a statement on Fight Island.”

The statement that Amirkhani intends on making is that now that he has properly invested in himself and is taking his UFC career seriously, he is going to make plenty of waves in the stacked featherweight division.

“I gave so many advantages to my opponents in the past because I didn’t train like a professional,” Amirkhani said. “I wasn’t giving my best, and this will be the fight that I show everyone that I am just different. This fight has nothing to do with Danny Henry; it is about me under the big lights showing people how I can be successful now that I have put everything into this.” 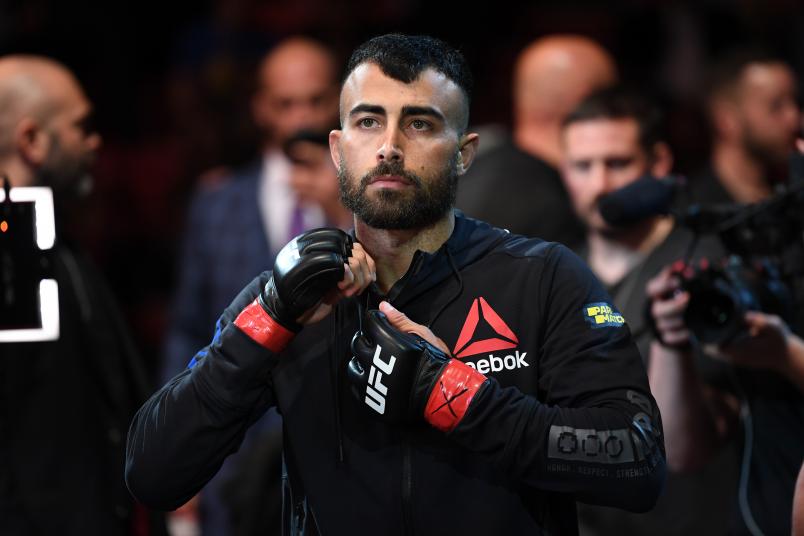 Makwan Amirkhani of Finland walks to the Octagon prior to his featherweight bout against Chris Fishgold of England during the UFC Fight Night event at Ericsson Globe on June 1, 2019 in Stockholm, Sweden. (Photo by Jeff Bottari/Zuffa LLC via Getty Images)

At 5-2 in the UFC, Amirkhani’s only losses have come to currently ranked featherweights Burgos and Arnold Allen. His performances in both of those matchups showed that he is right on the cusp of becoming a true contender in one of the UFC’s toughest divisions.

He fully believes that this revamped mindset he carries with him into the Octagon on Saturday will make all the difference, not only in this fight with Henry, but for the rest of his career.

“I want love and peace involved in my life. Those are serious things you must have if you want to be the best version of yourself,” Amirkhani said. “I decided that I’m thankful for every defeat and every experience and now I’m at peace. Now it’s time to do what I love on Fight Island.”

Make sure you catch Amirkhani on the UFC 251 prelims live on ESPN and ESPN+ at 8pm ET/5pm PT.