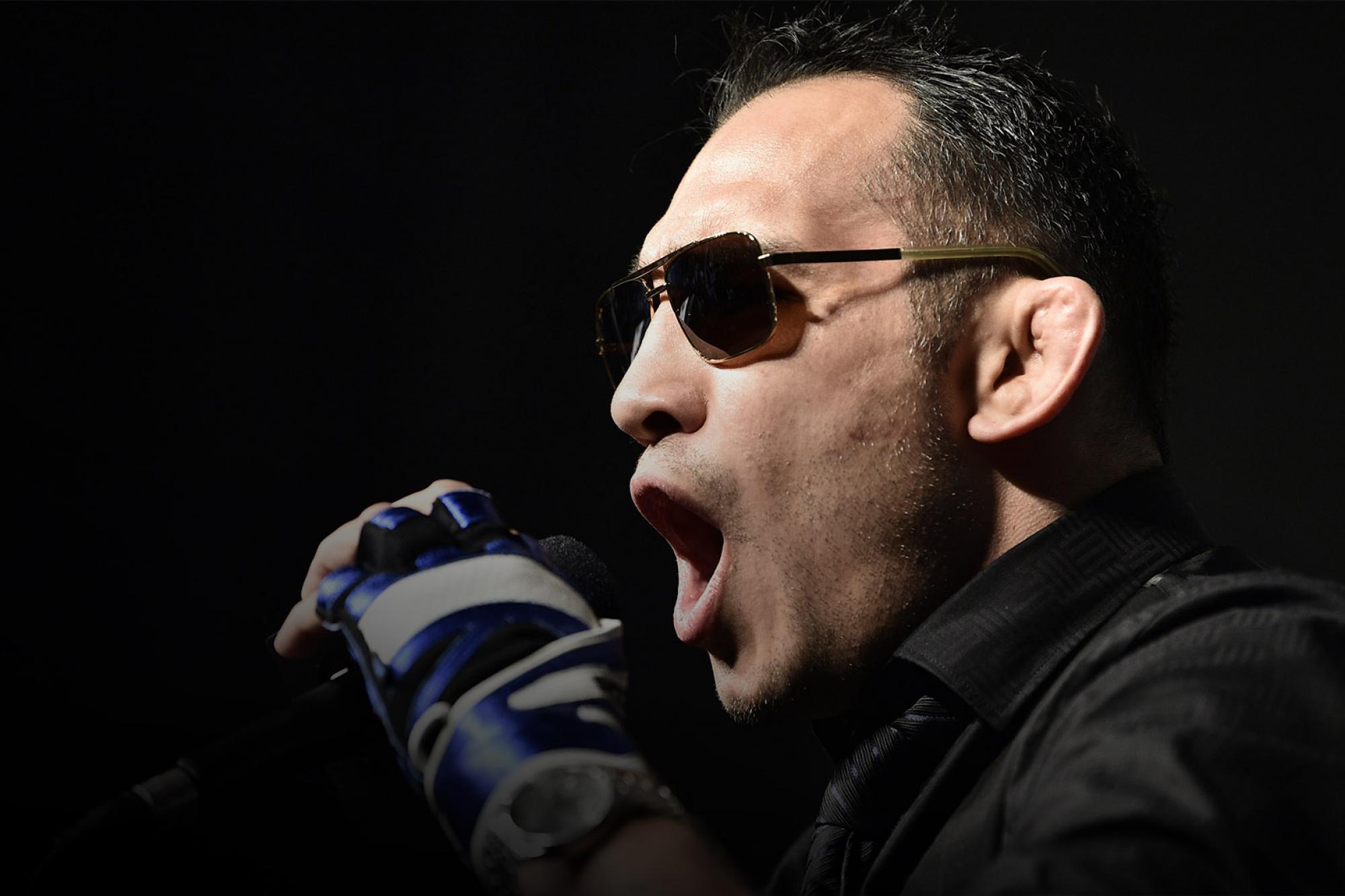 The Making Of Tony Ferguson

Revisit the moments that helped Tony Ferguson get to where he is today - a few weeks away from one of the most anticipated fights in UFC history against Khabib Nurmagomedov.
By Thomas Gerbasi • Mar. 29, 2020

With a 14-2 pro record, an Ultimate Fighter season 13 title and three UFC wins, he was on the fast track to big things in the Octagon when he was selected to compete on the UFC on FOX card in East Rutherford, New Jersey on May 5, 2012.

Ferguson wasn’t on the FOX main card, but a bout in the featured FUEL TV prelim spot wasn’t a bad thing, and with a victory, he was likely to move into those coveted main cards.

Who would that victory come against though? His original opponent, Dennis Hallman, withdrew from the bout due to injury. Replacement foe Thiago Tavares followed suit. Eventually, it was Michael Johnson who got the call to face “El Cucuy,” and while “The Menace” had a spotty 2-2 UFC record at the time, none of that really mattered to Ferguson.

“When I was little, I used to go up and look at the tournament brackets and wonder who I was gonna wrestle next, and my dad says ‘why are you gonna do that? You’re gonna take yourself out of the game. Instead of worrying about what everybody else is doing, worry about what you’re doing.’ So that’s what I did,” Ferguson said before the fight.

It’s what Ferguson had been doing since he was a child. Whether in football, wrestling or baseball, he was a grinder, a California kid with a Midwestern mindset developed in Muskegon, Michigan. 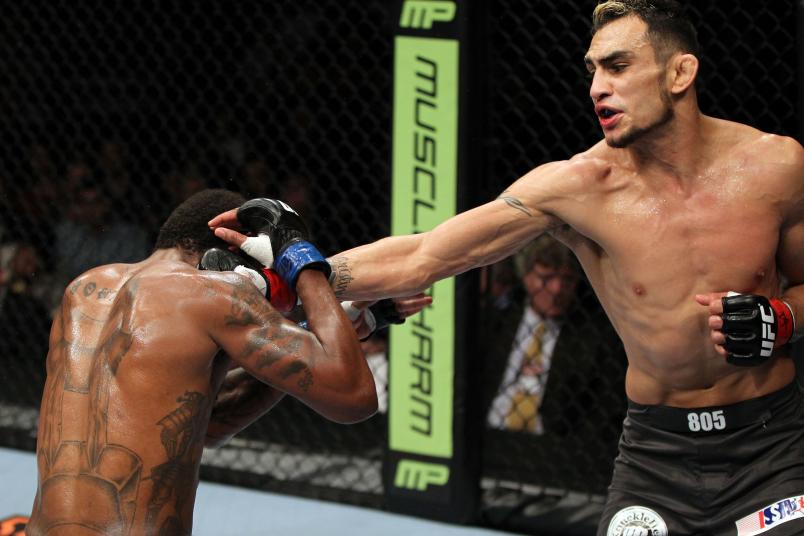 EAST RUTHERFORD, NJ - MAY 05: Tony Ferguson in action against Michael Johnson during their Flyweight bout at Izod Center on May 5, 2012 in East Rutherford, New Jersey. (Photo by Josh Hedges/Zuffa LLC/Zuffa LLC via Getty Images)

Join ESPN+ To Watch UFC 249: Khabib vs Ferguson | The Making Of Khabib

“My parents moved me out to Michigan for a reason and that was probably the biggest blessing in the world,” Ferguson said in 2015. “They threw me in sports and I had wonderful coaches that were always there pushing me. The jobs I had were the same thing, pushing and grinding, and if there was rain, sleet, snow, hail, tornadoes, it didn’t matter; you had to go to work. I embrace that.”

It was clear early on that Ferguson’s talent met his work ethic, and the accolades built up, from high school to college and into mixed martial arts.

So a change of opponent for a pivotal MMA bout wasn’t an issue. Getting kicked in the arm and breaking it in the first round against Johnson was. He could have quit, and given the severity of the injury – which required a metal plate to be inserted in his arm until he recovered – maybe he should have, but Ferguson isn’t built that way. He bit down on his mouthpiece, let the adrenalin of the moment mask the pain as much as it could, and he went three rounds. The decision went Johnson’s way, but it didn’t deter Ferguson from his path.

So in true Midwest fashion, Ferguson went about his business of healing up and once cleared to compete again, he hasn’t stopped winning. Twelve fights and twelve victories later, Ferguson will next fight Khabib Nurmagomedov for the UFC lightweight title.

It’s been a long road to this point, but the 36-year-old Ferguson will tell you that it’s been worth every struggle along the way.

“It’s like any other story you hear from any other fighter that’s successful,” he said. “It wasn’t easy. But I’m here now.”