While The Ultimate Fighter has proven to be a launching pad for hot prospects who became UFC champions like Rashad Evans, Michael Bisping, Rose Namajunas, TJ Dillashaw and Robert Whittaker, the greatest benefit of the long-running reality series has been its ability to save careers that were either in limbo or on the verge of ending.

All were fighters either looking for a last chance in the sport or a reason to continue. They got it. Now Maurice Greene wants to be the next TUF graduate to make noise in the Octagon after he hit a crossroads following an April loss to Jeff Hughes.

“I was very confident that I was gonna win that and be LFA champ and get my shot,” said Greene. “I lost that fight by a five-round decision and I know why I lost that fight; it was my fault. I played his game. So I felt like my back was against the wall, like what am I gonna do. I don’t know if I’m ever gonna make it to the UFC.”

Greene was a couple months removed from his 32nd birthday and his 5-2 pro MMA record wasn’t an intimidating one. He had left his job in the banking industry to chase his fighting dreams, but with a family to provide for, he had some hard decisions to make. One decision was easy, though; to take a shot at The Ultimate Fighter 28.

“The opportunity came up and I said I need to get on this show. I think this is gonna be the best thing for me.”

Whether it pays off or not will ultimately be determined by the result of his fight tonight against cast mate Michel Batista, but at the moment, the MMA world knows who “The Crochet Boss” is, he made it to the semifinals of TUF, and he now controls his own destiny, and that’s all he ever wanted. 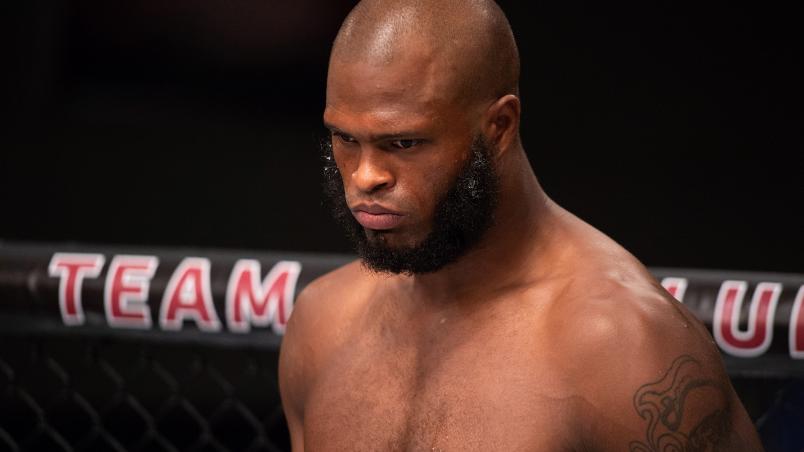 “That’s why I got in the sport of mixed martial arts to begin with,” Greene said. “I didn’t like to depend on other teammates when I win or lose. I like to hop in there one-on-one and control what’s going on. All the pressure’s on me and he (Batista) doesn’t even know it, because my family’s at stake. If I can fight full-time, I can be home with my kids and not miss those precious moments a lot of people miss because they have to go to that 9 to 5.”

It’s the dream scenario for the Minnesotan, who made an impression on TUF for both good and bad reasons. The good was his obvious talent and his work ethic. The bad was the drinking that made him the focal point of the extracurricular activities in the house. It’s not something he brags about, but it’s not anything he can erase now either.

“When (UFC President) Dana White said this was gonna be the toughest thing you ever go through, I kinda laughed it off and I thought it was gonna be very easy,” Greene said. “We can have anything we want, we live in a mansion, but I have two kids and a family and I realized I can’t speak to my children, I can’t say good night to them, and I’m there every day. And then you add the pressure of training twice a day and that was some damn hard training. Even our light sessions were hard sessions, so your body’s beat down and broken.

“I didn’t have to cut weight, but unfortunately, I’m a cigarette smoker, and you have no nicotine and you’ve got these guys getting on your nerves,” he continues. “So the only thing we had was a fully stocked bar. I went overboard a couple times and I guess that turned out to be my outlet. It’s like a pressure cooker.”

One chat with Greene and you can tell immediately that alcohol isn’t a daily issue for him. In the TUF house it may have been, but it looks like it was the result of boredom more than anything else. Of course, the public will see what it sees, and only time will tell if he becomes a legit UFC contender or just another one of those infamous reality show characters. As far as Greene is concerned, he wants his fighting to do the talking now, but if you’re in the door because of his antics on TUF, he’s fine with that.

“You’re under a microscope (on TUF) and the one thing I did tell myself was that I wasn’t gonna go on there and be super reserved, because at the end of the season I wanted to be remembered,” he said. “I didn’t want to be remembered quite how I am, but it is what it is. When you look back on season 28, there’s a couple people you’ll remember. You’ll remember ‘The Crochet Boss’ and you’ll probably remember Justin (Frazier).”

And now that Greene has his foot in the door, the Team Gastelum member believes he’s not only a better fighter than he was before the show began, but that he has the opportunity to make his mark in the heavyweight division.

“I feel like I may not be the best athlete right now, but I think I have the most potential to do something special in this division,” he said. “It’s a division that’s wide open and they’re dying for somebody to take it over. I could be wrong, but that’s my thought on it.”

All it takes is one win tonight, and he will likely get his shot. And that’s all he’s looking for.