Makdessi: The Cerebral Raging Bull is Back 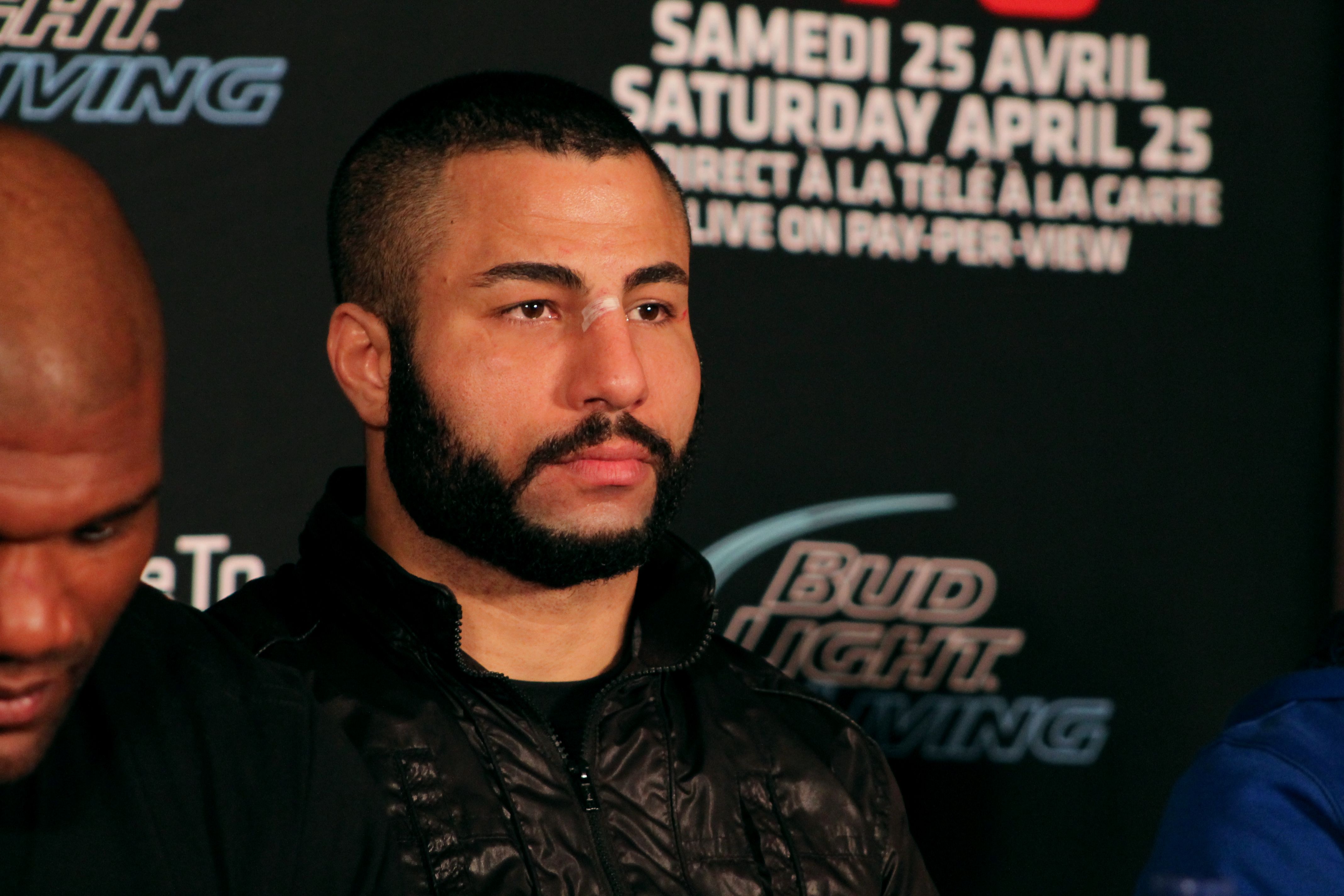 There are knockouts, and then there are knockouts that only exist on paper. John Makdessi’s technical knockout loss against Donald Cerrone on May 23 falls into the latter category. After nine minutes and 44 seconds of absorbing shins, elbows, knees and punches, Makdessi waved off the biggest fight of his career himself – fully conscious, but with a jaw fractured by the “Cowboy.”

“I took his best shots and, if you look at his last fights, most guys dropped from that,” Makdessi said of his experience at UFC 187. “I fractured my jaw and I was still standing.”

He can’t pinpoint which shot exactly did the job, he just knows that even though he tried to fight through it, the cracked and shifted bones soon became unbearable: “It was kind of an automatic reaction by my body. I couldn’t focus; I didn’t even care about the fight anymore. After the fight, I was in a dark place. It was a tough pill to swallow, but what can you do?”

Makdessi got surgery and headed back home to Montréal the next week, where his post-fight-candy was still waiting for him. Untouched, it went straight to waste, as his wired-shut jaw would keep him on a liquid-only diet for four weeks. “That was the s**tty part”, the self-described sugar-freak laughs now, six months later and with his jaw “stronger than ever.” According to his doctor, “The Bull” healed “like a lizard,” finishing the recovery process two weeks ahead of schedule.

GETTING BACK ON THE HORSE

On December 12, he is set to return to Las Vegas’ MGM Grand Garden Arena. Seven months in between fights is not that long a layoff. He says that he has learned a lot from his defeat and is as hungry as ever. In other words, everything seems to be back to normal for John Makdessi. But just seeing him in good spirits and back on a bout sheet doesn’t tell the whole story. To understand this next step of his journey, you’ll have to go a little deeper.

For starters, his fight at UFC 194 will only be his third since February of 2014. While that type of unsteady schedule will go unnoticed by most fans, it is usually a sign that there was something going outside of the Octagon’s spotlight. Calling the past 22 months of Makdessi’s life a rollercoaster ride is as cliché as it gets but, in his case, the description fits. After dropping a unanimous decision to Alan Patrick at UFC 169 in a fight most media outlets thought he had won, he took an extended hiatus from the sport to rediscover his fire for competition.

More than a year later, injury withdrawals shook up this past April’s UFC 186 fight card in Montréal and had him make his comeback on Pay-Per-View, ten miles from his house. A first-round knockout of Muay Thai specialist Shane Campbell put the cherry on the cake for the Tristar Gym product. Days later, he got the call as a replacement for the injured Khabib Nurmagomedov to fill in against Donald Cerrone – a bout with legit title implications. Then he lost, and once again found himself looking at some loose ends he just couldn’t manage to put back together.

While one might think UFC 194 would present a welcome opportunity for “The Bull” to reintroduce himself to the world’s most famous combat sports venue, his second consecutive Vegas booking presents a totally different challenge to him.

“For some reason, when I travel, I don’t perform the way I usually do when I’m fighting at home in Canada.” Makdessi admits that he gets homesick rather fast, but that can’t be the whole issue, right? “I have no idea why that is, and it bothers me. Not taking away anything from my opponents, but I do know for a fact that I’m not fighting at my best. This time around, I really want to break that type of bad luck.”

Set to welcome him back to the cage is Hawaiian striker Yancy Medeiros but, ten fights and six victories into his UFC career, different names and faces hardly even make Makdessi shrug.

“I never overlook any opponent, but I really try to not think too much about them. I know he comes from the Diaz brothers’ camp, he’s Hawaiian, this and that. He has good boxing, good grappling, but everyone is good. Everyone is great at playing their game and I’ve realized that I’m at a point in my life where it’s about focusing on me and playing my game, not anybody else’s game.”

“I think the higher level is more about intelligence.”

That last sentence has been a crucial part of Makdessi’s career for a long time. The mental aspect is one that he has put up high on his priority list, but also the one that he has struggled with the most.

“I try to not think too much because it slows me down”, he says about his state of mind when he’s in the cage. “When I start thinking too much, I’m not at my best.” Thinking, however, is as big a part of proper fight preparation as any physical exercise. For Makdessi, the single biggest challenge of his career has been to find the right balance and timing between the both of them.

“Just like anything else, you’ve got to be consistent. The psychology is as important as the physical and when I step into the cage, sometimes I feel like something is missing.”

COMFORT AND CONTROL? NOT THIS TIME… 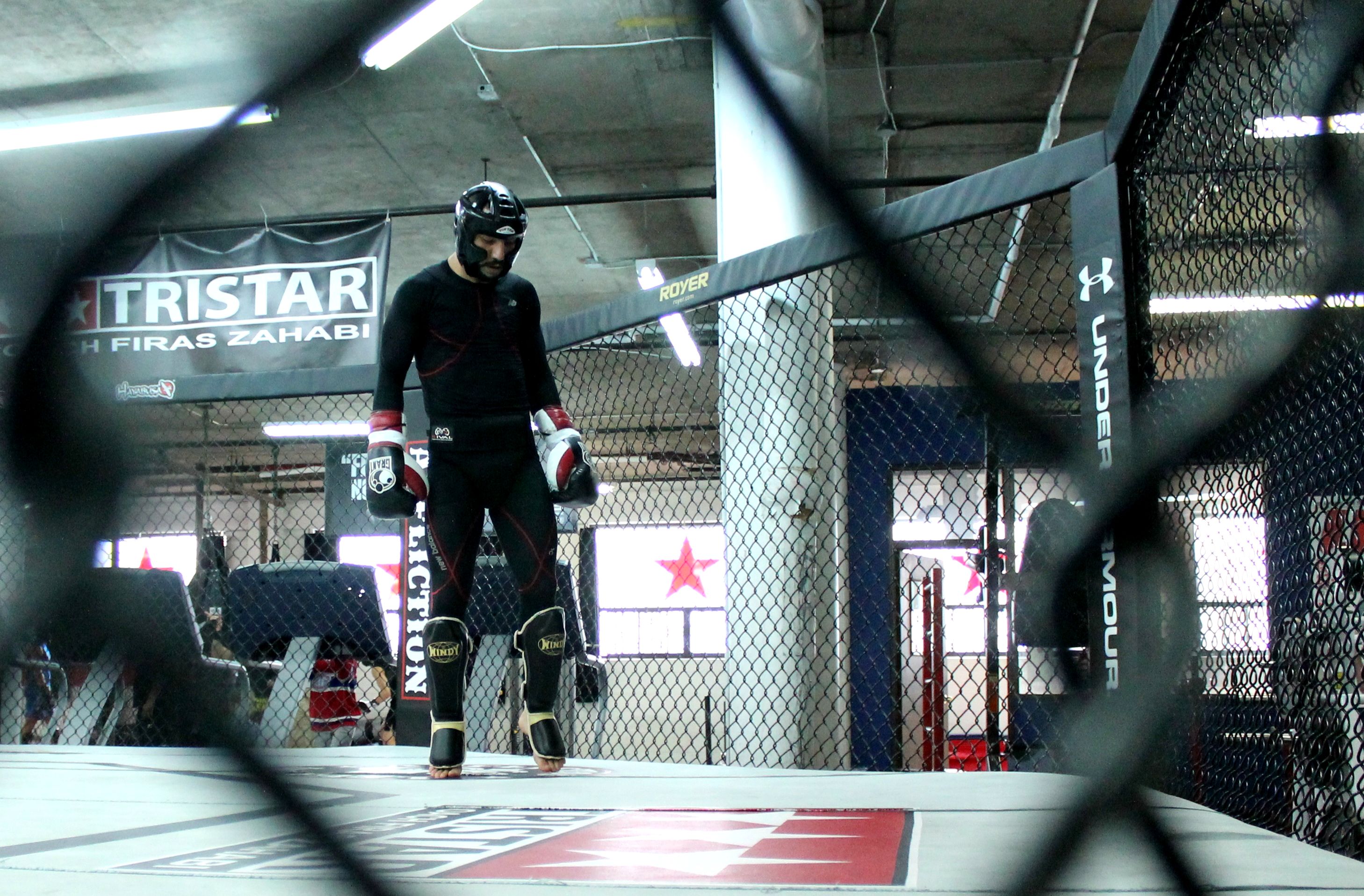 He can’t really pinpoint what it is that has him unable to realize his potential, why there were times when he couldn’t pull the trigger, why he zigged when he should’ve zagged and lost fights that he should’ve won.

“For me, it’s all about what I do wrong, because in training, I feel great. I dominate 90 percent of the time.”

And maybe that’s the problem – getting comfortable in an environment that doesn’t reward comfort. Makdessi thinks that might just be it and therefore, the self-described “control freak” has changed up his training leading up to yet another comeback.

“I took a risk”, he teases, while understandably refusing to go into specifics. “A lot of people need their routines to feel comfortable, because, without them, you feel uncomfortable, right? I’ve been doing a lot of uncomfortable things for me on purpose, so I won’t be stressed out when I go into the fight. I’m curious to see how it’s going to play out.”

“I think in my past fights, I had some moments; I showcased my skills and I did some things that not too many guys can do. I have a flashy style and I can entertain the crowd. I had one of the best knockouts in UFC history.” His spinning backfist KO of Kyle Watson in front of 55,000 fans at UFC 129 might indeed deserve that distinction. “So, I have proven myself. For me, it’s about mentally being on a different level. Now, it’s about losing mental bricks, not holding back too much.”

Struggling to find his own place despite committing his whole life to a sport that has seen other athletes reach heavenly heights in a year’s time can be frustrating.

“You’ve got all these other fighters who are successful and then sometimes you’re jealous because you’re not there and you want to be in that position,” Makdessi admits. “We live in a world where it’s all about how successful you are. Everyone is popular, everyone is the next big thing.”

Getting pushed to the sidelines by other people’s hype is one of his fears. Even though his last loss was to a top contender in a short-notice fight, “The Bull” says that he’s always worried about getting cut, which at times consumes his mind and adds to the general pressure of fighting for a living. “Most guys are probably lying who say that they aren’t nervous or scared going into a fight. It’s human nature.”

So, what’s the silver lining amidst the chaos? Makdessi still isn’t sure, but one thing he definitely knows is that on December 12, he’ll get a bit closer to his answer.

Then, he’ll leave the cage, he’ll be out of the spectator’s minds and alone with his thoughts, while the focus of the MMA world shifts towards the spectacle that is UFC 194.