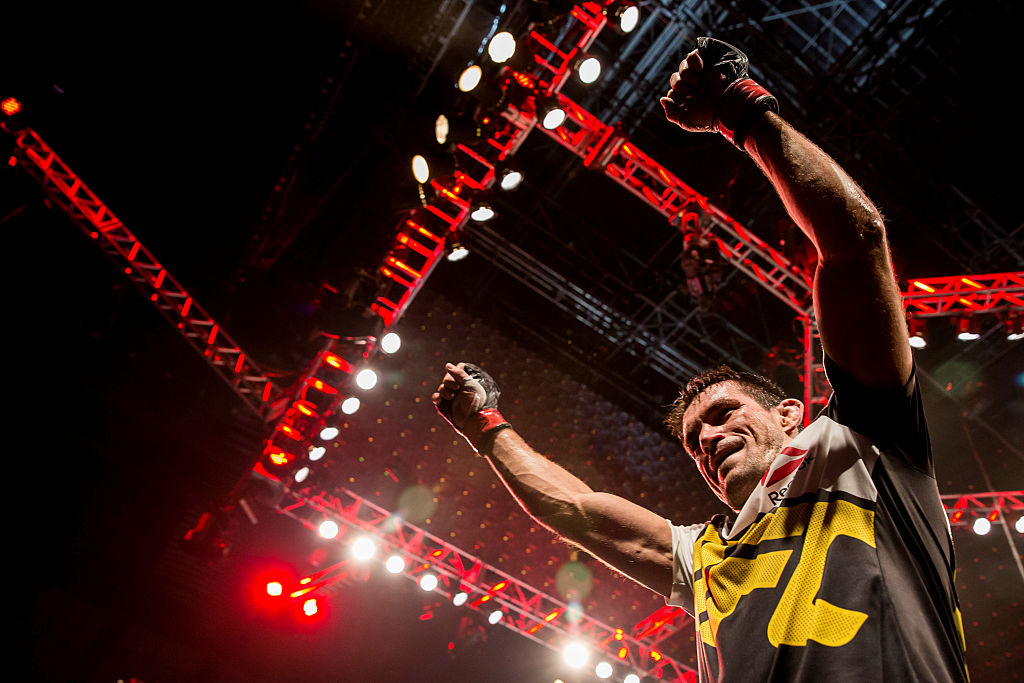 Demian Maia of Brazil celebrates after defeating Matt Brown of the United States in their welterweight bout during the UFC 198 at Arena da Baixada stadium on May 14, 2016 in Curitiba, Brazil. (Photo by Buda Mendes/Zuffa LLC)" align="center" />On his way to Saturday’s co-main event in Sao Paulo, Brazil, Colby Covington has become quite skilled in the art of gamesmanship, as he’s basically picked a fight with the entire welterweight division. But what happens when he tries to verbally battle with the nicest guy in mixed martial arts, Demian Maia? Or more appropriately, how does Maia deal with the rare opponent who wants to trash talk with him?

“After so many years in the game, I learned to not really pay attention to it,” Maia said. “Each one promotes the fight in a different way, and how they feel good and see fit. It doesn’t really bother me. If I start to pay attention to it, or let anything like that get on my mind, it may take me away from what really matters. There’s no real benefit in it, as any talk any fighter can do won’t change reality.

“And the reality is that he is a good fighter who’s gonna be well prepared, and we have to focus on his skills and what he brings to the fight and what challenges he presents,” he continues. “All the rest is just distraction and won’t help you in anything, so the best thing is to focus on work, not pay attention to all that, and do your part the best you can, which in the end is the only thing you can control.”

Luckily for those watching the bout, this is one of those matchups where the reality is better than the hype, as Maia, one of the best groundfighters in the business, takes on a swarming wrestler with championship ambitions in Covington, who is engaging in the biggest fight of his career.

“It’s a very interesting matchup,” Maia agrees. “He (Covington) is a very good fighter, well rounded and obviously with great wrestling skills, very good grappling and a very good pace and rhythm. It is a different style and challenge than many of the opponents I usually face, and that is very interesting and motivating.”

It’s good to hear that the 39-year-old contender is amped up for the meeting, which comes three months after a five-round decision loss to Tyron Woodley in a welterweight title fight. That defeat came on the heels of a seven-fight winning streak that began in 2014, and while he had a short camp for his second UFC title bout, the always classy Maia isn’t making any excuses for what happened on fight night. 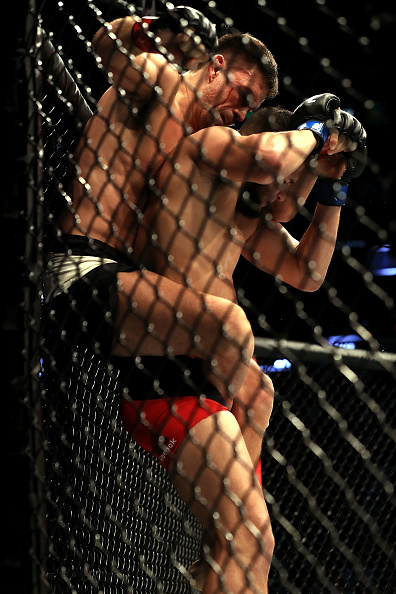 Jorge Masvidal in their Welterweight bout during UFC 211 at American Airlines Center on May 13, 2017 in Dallas, Texas. (Photo by Ronald Martinez/Getty Images)" align="left" />“I don`t like to speculate on ‘ifs’ and ‘What ifs,’ he said. “It is what it is, and it was what it was. Sometimes life presents things in a different way, and you have to do your best. It was my shortest training camp ever for a UFC fight and, obviously, I would have preferred to have more time, and it would only have helped me. But I can’t say if it would make me win the fight, and all of that would be pure speculation. It`s in the past now, I did my best, got happy with some stuff we did for that fight with the time we had, and learned a lot from some things we did, and other things we didn’t or couldn’t do. In the end, the learning process is the most important thing, as your life is not composed only of your fight career.”

And as part of that process, Maia has learned that playing the MMA Math game and wondering how many wins it will take him to get back in the title race is a futile exercise. Instead, he focuses on Saturday night, and what happens on Sunday will happen then.

“It may seem cliché, but right now the only thing that matters is this fight,” Maia said. “What may happen after it will depend directly on many things, including the outcome of the fight. So it`s useless to over stress about the future. I love to train, I love to compete and to fight. This is my job and what I do. When I feel like I`m not performing well anymore, or I lose interest in training every day, I`ll think about moving on to other things. Right now, I still enjoy it and although I know I can still be a champion, and anything in this business can change in a couple of months, I’ve got to focus on my task ahead and then see how things unfold.”

But hey, at least he’s got a home game in Sao Paulo this weekend, as he competes in his city for the first time since he began his last winning streak against Alexander Yakovlev in May 2014. That’s got to be a good omen of sorts, but Maia remains practical.

“I like fighting at home, and competing here in Sao Paulo,” he said. “It’s good for me in some ways, but it also presents some challenges and you’ve got to be always alert when fighting at home to not let distractions interfere and get the best of you. There are many traps awaiting when you are fighting at home, but there are also good things like not dealing with traveling, time zone differences and things like that. I have competed here before and it`s always a good feeling.”

How good? That’s hard to explain.

“When you are walking out, and competing, you are very focused and so tuned in with your thoughts, your game plan and your corner that you don`t really realize or hear too much of the chants and yelling from the crowd, but you feel the energy, and once it’s over it all hits you at once sometimes. It’s very hard to describe for people who didn’t have the chance to live it, but it’s always a great experience.”