Maia Has A Path Laid Out For Her Future

“My focus now is Kaitlin but I know that Valentina is in my path, and I know I will fight her in the future. I hope it will be soon.”
By Thomas Gerbasi, on Twitter: @TGerbasi • Oct. 29, 2019

Jennifer Maia can breathe a little easier, but she won’t.

Despite having a two-fight winning streak, a new UFC contract and the number five spot in the flyweight division heading into her UFC 244 bout with number one contender Katlyn Chookagian, the Brazilian veteran is as hungry as she’s ever been.

That doesn’t mean she isn’t smiling about where she is and where she’s come from.

“I’m very happy with my performances and my growth inside the UFC, and step by step I’m building my history and showing my work to the world,” said the Curitiba native, who came to the promotion in 2018 as a former Invicta FC champ expected to challenge for 125-pound gold in the Octagon almost immediately.

Then she lost her debut to Liz Carmouche and everything ground to a halt. Well, the expectations for a quick title shot did. As for Maia and her team, suffering their first loss since 2014 was a spark to step everything up.

“I used that fight against Carmouche as a big motivation for me to train even harder and evolve as a fighter and reach to the top and I’m getting there,” she said. 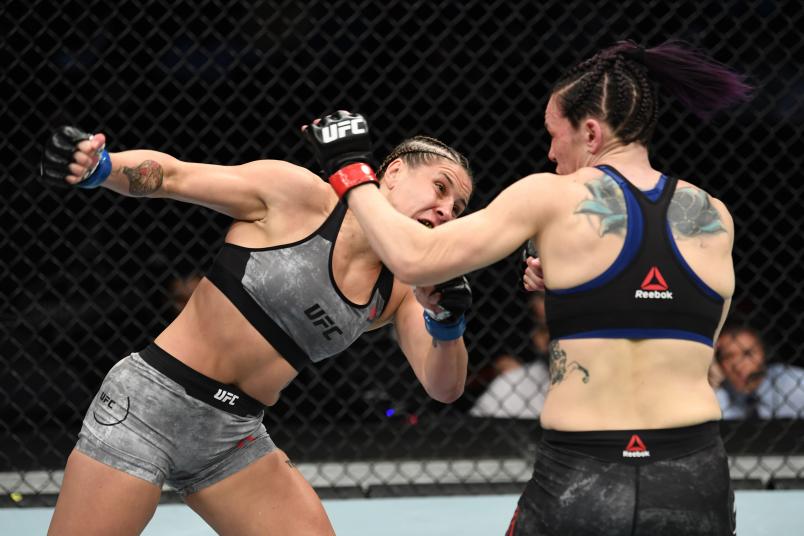 After that disappointing start, Maia has shown what all the fuss was about in the first place in her next two bouts as she defeated Alexis Davis and Roxanne Modafferi. For someone who never even pictured fighting in the UFC, this has all been gravy.

“To be honest, I never imagined that I would fight in the UFC, so everything has been a big achievement,” she said. “Being inside the UFC is much better than I could have imagined, so I’m very glad with everything that has happened in my career. The UFC is much more than everyone can imagine, so being a UFC fighter has been amazing.”

It has the potential to get more amazing this weekend, as Maia will fight in the iconic Madison Square Garden with the chance to beat the top contender in her division and possibly secure a shot at champion Valentina Shevchenko. That’s a lot of amazing for one Saturday night.

“The most important fight of my career is always the next one,” Maia said. “Of course, It’s an honor to fight in Madison Square Garden, but I see this fight as the fight of my life, so it doesn’t matter where it is. I believe this fight can put me to fight for the title.”

It’s also a pleasing stylistic matchup, which means the fans get some amazing, too.

“Kaitlin is a very good MMA fighter,” said Maia. “She is good in striking and she also is a dangerous fighter in the ground. I believe it will be a great fight because I’m also a striker with no fear to grapple. She is a very tough opponent and I have to be focused at all times. 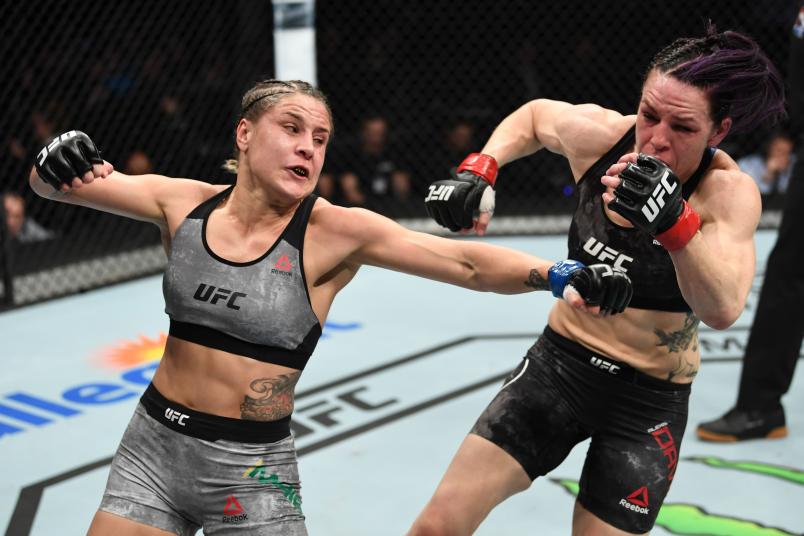 If Maia secures the victory and a shot at the “have belt, will travel” Shevchenko, it would be pretty special if the 31-year-old would get to challenge “Bullet” for the title in her native Brazil, a place she hasn’t fought in since 2015. But Maia isn’t complaining about being a road warrior over the last few years, as she’s been taken in with open arms wherever she fights.

Fighting for, and winning, a UFC title in Brazil might be a moment hard to top for a fighter who believes her decade-long journey in MMA is just getting warmed up.

“I fought a lot of Muay Thai in the beginning of my career and I never really felt like an MMA fighter, but my head coach made me believe that I could get here,” Maia said. “I have evolved so much as a person and as a fighter, so I really feel very happy for the career that I’m building. I want to be recognized for the things that I did in this sport, so I`m very happy that every year I’m able to grow and everyone now, when they hear my name, knows everything that I’m doing for this sport.”

But first, it’s three rounds with the “Blonde Fighter” in the heart of New York City. Then you know what’s next.

“My focus now is Kaitlin but I know that Valentina is in my path, and I know I will fight her in the future. I hope it will be soon.”