Maia Fighting For Something Bigger

“I’m very happy. Because I’m thinking when I’m fighting, I’m fighting for something bigger, not just for myself,” Maia said about his impact on the next generation of grapplers coming to MMA.
By Damon Martin • Jun. 25, 2019

Demian Maia is a mixed martial artist, but he’s never going to shy away from his true passion as a Brazilian jiu-jitsu specialist.

With 10 career submission victories in the UFC, Maia doesn’t hide his game plan before going into any fight and that won’t change as he prepares for his upcoming matchup against Anthony Rocco Martin at UFC Fight Night from Minneapolis.

“It’s not a secret what I’m trying to do,” Maia said about his strategy to take Martin down and submit him. “He has good jiu-jitsu actually. He’s not just a good striker but he’s got very decent jiu-jitsu and he’s been submitting some fighters. So it will be an interesting fight.”

While Maia has done a lot in his UFC career, including title fights at both middleweight and welterweight, he’s proudest of the way he’s represented the sport of grappling at the highest levels of combat sports.

In the early days of the UFC, Brazilian jiu-jitsu experts like Royce Gracie proved what high level grappling could do against ill-prepared opponents, many of whom were much bigger and stronger. 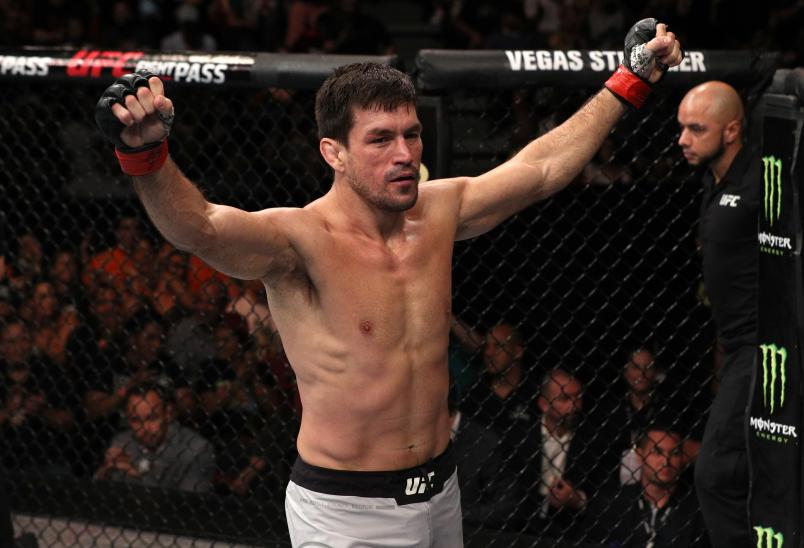 As the years moved forward, fighters began training in all aspects of martial arts, from striking to wrestling to grappling, and the era of the “specialist” went away.

Obviously, the 41-year old Brazilian has spent countless hours hitting pads with his coaches and he’s worked tirelessly to improve his wrestling over the years, but he never strays far from his one true passion for Brazilian jiu-jitsu.

In fact, if Maia could choose how he will best be remembered when his fighting career is finished, it was his ability to adapt and evolve his grappling game for mixed martial arts.

“That makes me very glad for my legacy because people attach my name so much to Brazilian jiu-jitsu,” Maia explained. “That is what I was looking for my whole life and thanks not just to me but to my team to always work to make Brazilian jiu-jitsu better inside the cage. The biggest thing is you can be as good as you can in Brazilian jiu-jitsu but if you don’t do the right things to do that [in mixed martial arts] or if you just do the average things, then you’re going to be average in your career, even if you were a world champion in Brazilian jiu-jitsu. Not too many people know how to translate the world class jiu-jitsu into world class MMA and that’s something that my team and I have been learning the last seven or eight years.”

Maia has either directly or indirectly impacted numerous grapplers coming from the world of Brazilian jiu-jitsu as they begin training and fighting in mixed martial arts.

It’s tough to find a single grappling champion making that transition to MMA who doesn’t identify Maia or fellow UFC contender Ronaldo “Jacare” Souza as an influence for their own fighting career.

“I’m very happy. Because I’m thinking when I’m fighting, I’m fighting for something bigger, not just for myself,” Maia said about his impact on the next generation of grapplers coming to MMA. “I’m fighting for this style that I’m representing. It’s great to have many guys doing the same. We’ve grown this sport of Brazilian jiu-jitsu and we represent the sport well in MMA. All these kids coming up are stars.

“I hope they do great. I think they’re all great Brazilian jiu-jitsu fighters and if they do the right thing and they focus on their jiu-jitsu and train how to use that inside a cage, they can all do great.”

Maia has not hidden the fact that he doesn’t have long left in his fighting career before he retires and focuses on the next phase of his life.

He’s not going anywhere just yet, but Maia definitely has plans to continue to spread the message of Brazilian jiu-jitsu across the globe when he’s done with mixed martial arts as his full time profession.

“I have many things I want to do but that’s one thing I really want - to grow and express Brazilian jiu-jitsu around the world,” Maia said. “I will teach and I will do seminars like I do now and I will start to grow my affiliated academies.

“I really want to grow my association and I’ve done some documentaries in Brazil about fighting and it’s something that I’m very interested to keep doing. Everything related back to Brazilian jiu-jitsu.”

Before he turns his attention back to Brazilian jiu-jitsu as an instructor and a mentor to future UFC champions, Maia is still proudly flying his grappling flag inside the Octagon just like he hopes to do in his fight against Martin this weekend.

Maia has faced every kind of opponent during his UFC career and Martin is just one more that he wants to add to his win column while hopefully wrapping up yet another submission victory.

“He fought on the same card I did once. He’s a tough opponent like everybody in the UFC,” Maia said about Martin. “People don’t realize but once you get to the UFC and to stay there in the UFC, it’s not easy to do. It’s pretty tough and nobody is average. Everybody is way over the average fighter. Everybody is tough.

“He’s pretty tough. For me, it doesn’t matter who is in front of me in there. I just want to win.”