Demian Maia wants his first shot at the welterweight title and Carlos Condit wants another one.

The No. 3 and 4-ranked fighters in the world at 170 pounds battle tonight in the main event of Fight Night Vancouver for the eventual right to fight for the title that both men have relentlessly pursued for the past year.

Maia thought he locked up a title fight with a dominant win over Matt Brown in May. Condit almost beat Robbie Lawler in a Fight of the Year contender in January, but was edged out on the final judges’ scorecards.

UFC President Dana White said recently that No. 2-ranked Stephen “Wonderboy” Thompson is next in line for the title, so Maia and Condit are likely fighting to face the winner of Tyron Woodley vs. Wonderboy.

So now that we know what’s on the line let’s look at this matchup.

First off, Maia vs. Condit is a classic striker vs. grappler showdown. Condit is a Muay Thai destroyer on the feet, and Maia is a grappling guru with some of the best jiu-jitsu in all of mixed martial arts.

“Once he hits the ground he’s a straight killer and he’s been really good at taking it where he wants it,” Condit said about Maia’s improved wrestling and elite ground work. 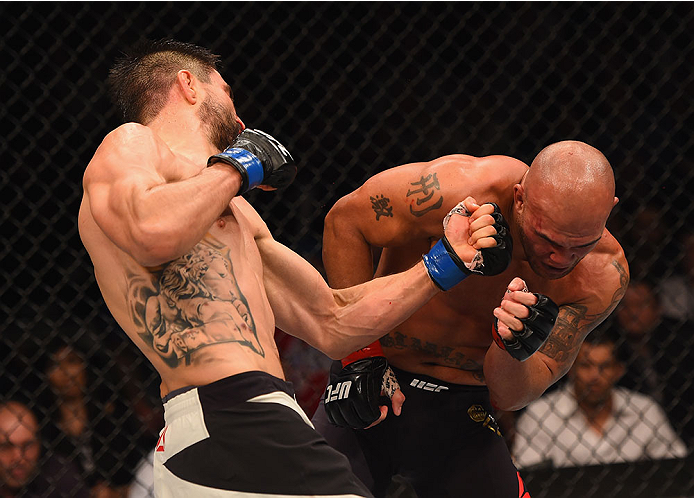 Condit admitted that the last place he wants to be is on his back against Maia.

“I’ve been doing jiu-jitsu for a long time and I love it. It’s one of my favorite aspects of the sport,” he said. “I’m obviously not going to get in there and try to go eyeball-to-eyeball with Demian Maia in a jiu-jitsu exchange. But I have the skills to create opportunities to do what I want to do and finish the fight.”

Maia recognizes Condit’s skills on the feet and on the ground. He said he’s preparing for the toughest fight of his career.

Just because the Brazilian can get the fight to the mat doesn’t necessarily mean the fight is over.

“He just keeps going all the time. It’s how I’m going to work my jiu-jitsu that is how it will make the difference in this fight.” 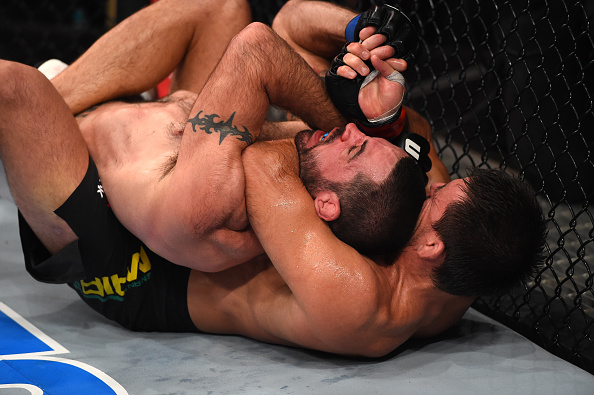 Maia said he is always focused on the title but he realizes he can’t do anything more than take out the opponents in front of him. A loss against Condit drops him back down the ladder a few steps.

After considering retirement briefly after the Lawler fight, Condit is back and believes he is better than ever. He expects to show it vs. Maia.

“I worked on takedown defense, worked on get-ups and a lot of footwork. I think you’re going to see some different things in this fight,” he said. “I’ve made some adjustments and I think early on in the fight it’s going to frazzle my opponent and I’m going to be able to take control.”