Magomedsharipov Can Handle All The Hype

Since the first day he arrived in the UFC, Dagestani featherweight Zabit Magomedsharipov had a bright spotlight shining down on him.

That attention came in large part thanks to the all-star team that trains alongside him who had been talking about the 28-year old featherweight before he ever had his first fight inside the Octagon.

When fighters like Frankie Edgar, Marlon Moraes and Edson Barboza agree that Magomedsharipov has all the makings of a future champion, people will tend to listen.

Through his first four fights, he has exceeded expectations while putting together a perfect 4-0 record with three submission finishes and earning two Performance of the Night bonuses and one Fight of the Night bonus along the way.

That’s why Magomedsharipov once again has the eyes of the world on him ahead of UFC 235 as he faces his toughest test to date when he meets heavy-handed featherweight Jeremy Stephens in the featured bout fn the preliminary card on Saturday night.

As much as he appreciates the adoration that he’s received since arriving in the UFC, Magomedsharipov says nothing has really changed for him except he tends to get recognized more often, especially when he’s at home in Dagestan.

“I’m in this sport since my childhood. I can handle everything, all the hype and the noise,” Magomedsharipov said on Thursday in Las Vegas. “It doesn’t put any pressure on me. Otherwise, it just motivates me, pushes me to work harder. The only thing is sometimes because a lot of people and fans recognize me at home so it’s hard to train sometimes, hard to walk around the city. This is the only thing that bothers me from time to time but I’m dealing with it good. I’m dealing with everything.

“After the last couple of fights, every weekend we go for a walk around the city or just to hang around and the people always come to take pictures. In the United States, it’s growing as well; it’s not the same as it is back in Russia but it’s growing still.”

The extra attention is nice and obviously warranted considering Magomedsharipov has backed up all the hype that surrounded him since his debut.

Expectations are high going into his next fight at UFC 235, but the 6-foot-1-inch tall featherweight has never allowed outside influences to affect him positively or negatively before he competes. 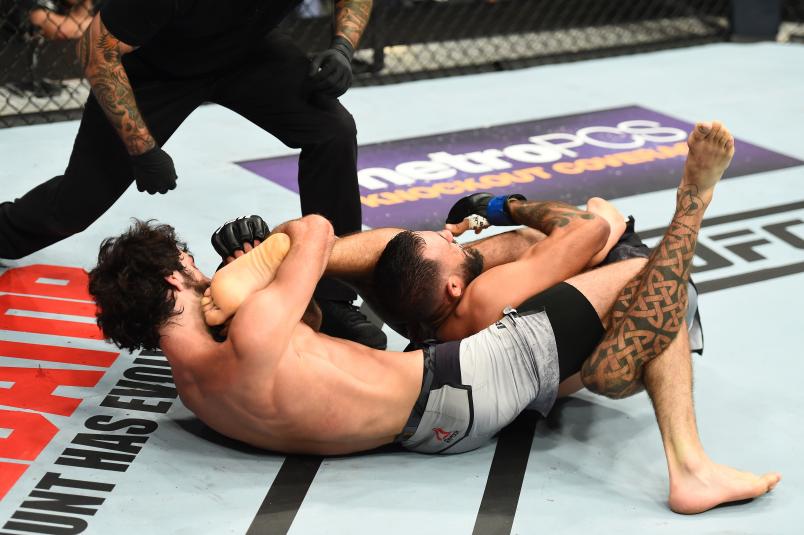 In fact, Magomedsharipov goes out of his way not to overexert himself in celebration after every single one of his victories because he expected to be in that position before each fight begins.

“I’m that kind of person. That’s how I was born,” Magomedsharipov states. “I don’t like to express too much emotion and even I sometimes don’t like to see when the fighters overreact on something, or have too many expressions. I don’t need to smile about my lifestyle, this is just how I am.”

It might be hard to fight back a fist pump in the air should he win this weekend because getting past a battle-tested veteran like Stephens would be the biggest accomplishment of Magomedsharipov’s young career.

Stephens has been laying waste to opponents since first arriving in the UFC more than a decade ago and he hasn’t skipped a beat since moving to 145 pounds.

Prior to the loss he had in his last fight to former champion Jose Aldo, Stephens had rattled off three straight wins, including a pair of highlight reel knockouts in back-to-back performances that left more than a few jaws on the floor when he was finished.

“Obviously, I was happy when I was offered to fight Jeremy Stephens because he is high in the rankings,” Magomedsharipov said about the matchup. “I didn’t ask for him in particular but I was asking for a high-ranked opponent and when they offered me Jeremy Stephens, I just took that fight without any consideration.

“Jeremy Stephens is the guy that’s going to bring me close to the title.” 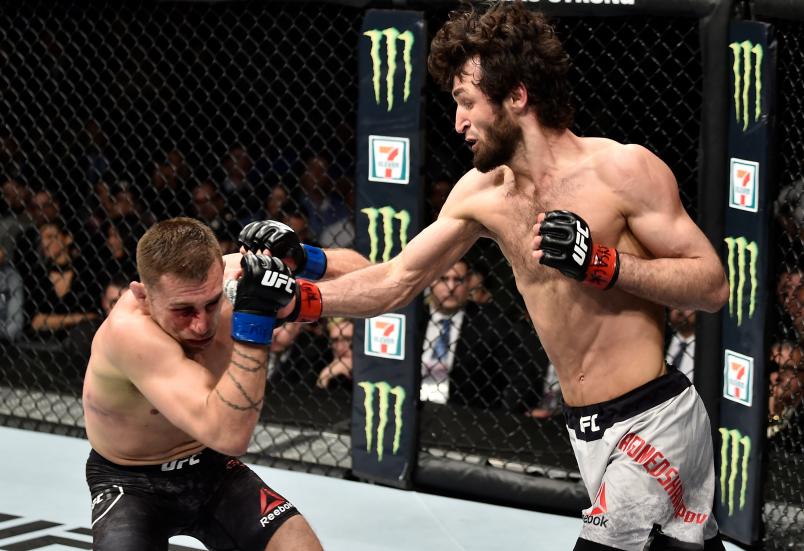 Stephens presents an interesting challenge to anybody he faces in the featherweight division, and that includes Magomedsharipov.

As good as he’s been thus far in his UFC career, even Magomedsharipov isn’t immune from getting knocked out if he catches a haymaker from Stephens during the course of their three-round fight on Saturday night.

Still, he says that Stephens is exactly the kind of opponent he wants to face because that forward aggression where he’s constantly looking for the knockout will give Magomedsharipov plenty of options to retaliate.

“The key to the victory with fighters like Jeremy Stephens, with knockout artists, is to keep the distance,” Magomedsharipov explained. “Keep the distance and don’t let him get close. Put your game in the Octagon. I have a very good game plan for the fight with him. Actually, the fight with him for myself is really good; I fight with these kinds of fighters much better than versus fighters who are too cautious and are running away during the fight.

Very few people have enjoyed spending 15 minutes in the Octagon with Stephens but that’s just the kind of mindset that Magomedsharipov has developed that earned him the reputation as one of the top prospects in the entire sport.

His fast rise isn’t slowing down either because Magomedsharipov has his eyes on the prize after this fight with Stephens is finished.

“It’s going to depend on how this fight ends. If it’s some spectacular fight, spectacular end, I might be the next contender [for the title]. It could be one more fight and I’m there,” Magomedsharipov said.

“I don’t give any prediction. Just watch the fight March 2 and I’ll show everybody.”