I had to do a double-take. On November 3, two weeks before a pivotal bout this Saturday against fellow welterweight contender Santiago Ponzinibbio, Neil Magny was Octagonside at Madison Square Garden in New York City, far removed from his home in Denver, and having a great time taking in UFC 230. 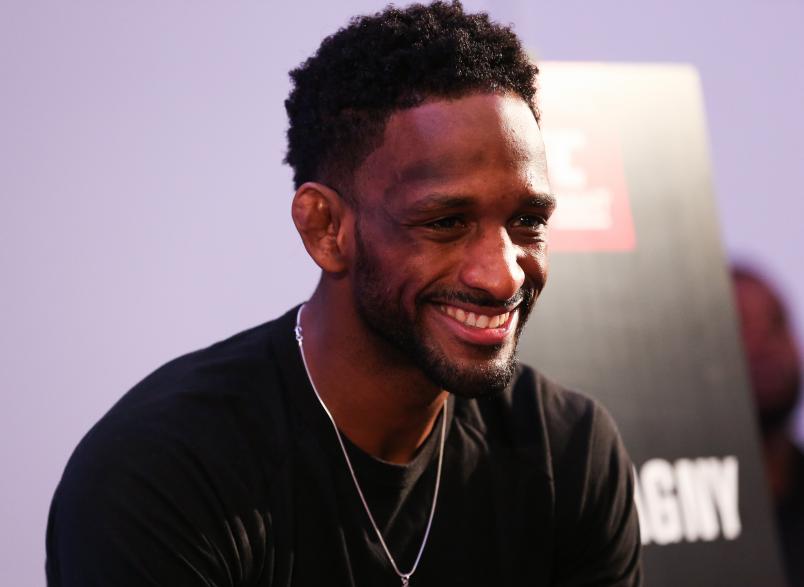 “It’s just something I enjoy doing with my brother,” said the Brooklyn native. “Growing up in New York City in the conditions that we grew up, we never imagined being able to go to Madison Square Garden and viewing the fights from the front row. So every time I have the opportunity to go to New York and watch the fights with my brother, I always take advantage of it.”

Some might call it a cardinal sin to break camp before a big fight to take a trip across the country, but at this point in his eight-year pro career, Magny knows just how to get ready for battle, and a one-day jaunt to spend time with his brother wasn’t going to affect his preparation in the slightest.

It’s part of a new attitude the 31-year-old has that has him making sure to not just enjoy the end result of his hard work, but the journey to get there as well. So while some of his peers have an all-fighting all the time tunnel vision, Magny has learned to let life in.

“The biggest thing that’s been able to help me over this last year is being able to enjoy life outside of the Octagon as much as I’m enjoying being in the gym and working towards those goals,” he said. “This past summer I got married, and it allowed me to appreciate other aspects of life and I realized that fighting is still something I love and that title shot is gonna come. It also added more motivation. Now that I have a wife and some kids in the future, that’s motivating me more than anything now. It’s cool having a partner in life.”

And, if anything, this new approach has made Magny more dangerous than ever. Already 12-5 in the Octagon with wins over the likes of Kelvin Gastelum and Johny Hendricks, when Magny sat down to sign a new six-fight deal with the UFC before his bout against Carlos Condit in 2017, it was with the intention that this contract had one goal attached to it: to get the 170-pound title.

“I mentally made a note that this is it,” he said. “This is the contract where I make my run for the title and I stamp my name as a champion at the end of it. And I’m not gonna do anything but work hard to make that goal happen. I have a six-fight contract, and before this contract is over I’m going to be fighting for a UFC title.”

Magny is almost halfway there, with wins over Condit and Craig White leading up to Saturday’s bout with Ponzinibbio. He’s going into the lion’s den to face the hometown hero in Buenos Aires, but Magny isn’t blinking.

“I fully embrace it,” he said. “It won’t be my first time going into enemy territory, and I always end up leaving with more fans than I went in there with. So it’s nothing but another day in the office for me.”

And hey, it’s almost impossible to boo Magny, one of the classiest gents in the game. He insists they still come, though.

“Oh, I definitely get booed going out there and fighting the hometown guy,” he laughs. “But I think one of the things that the fans appreciate is the fact that I go out there and put it all on the line and fight hard every time.”

That’s the motto that he expects to take to the top.