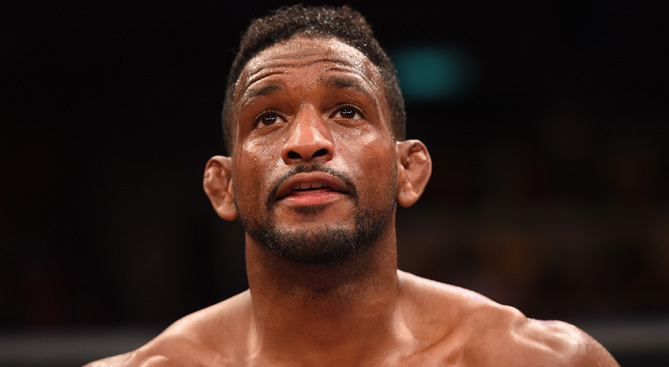 No matter the sport, no matter the level, a lot of coach-speak favorites are transferable. From everyone working together to accomplish the same goal to different riffs on putting too much pressure on yourself, the classics play on the ice just as well as they do on the hardwood and are easily applicable to what transpires inside the UFC Octagon as well.

One of the standard lines in mixed martial arts is that you learn much more from your losses than you do your victories – a variant on the old “you have to know how to lose before you can know how to win” line you hear tossed at first-time finalists in team and individual competitions. Many times, people brush it off as cliché, but statements only reach that standing because they carry a certain amount of validity and have become accepted as truth. 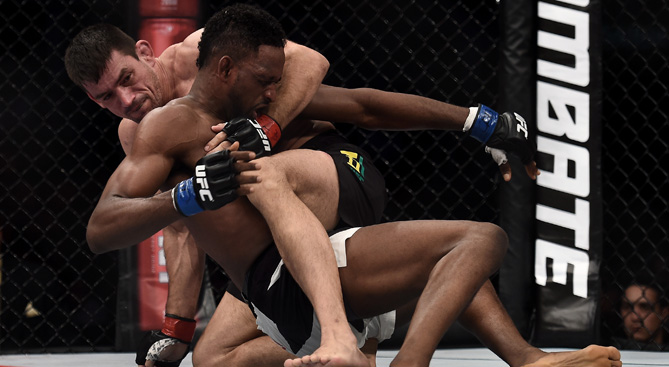 Earlier this month, Neil Magny had his seven-fight winning streak snapped by Demian Maia in a fight where saying the Brazilian halted the American’s impressive run of success doesn’t quite do his performance justice.

From the outset of the fight, Maia “big brothered” Magny on the canvas, showing the disparity that exists between a very good technician on the mat and one of the elite. While the former Ultimate Fighter contestant defended valiantly in the first, the onslaught was unrelenting and Maia eventually fished his arm under Magny’s chin and finished the fight in the second with a textbook rear naked choke.

In a little more than seven minutes, Magny’s seven-fight winning streak became a thing of the past.

“That loss is a humbling experience for me,” Magny says of his August 1 setback against Maia. “I listen back to some of the interviews I had before that fight and I was like, ‘Yep, eight-in-a-row and I’m going to be fighting so-and-so and so-and-so after this fight.’

“It’s going to allow me to grow mentally, physically and technically as a fighter, and I can really appreciate that experience overall,” he says. “Of course it would be great to have an eight-fight winning streak and things like that, but at the end of the day, that’s not the most important – that’s becoming the best fighter I can be. I feel like this is the way that I have to do it – take that humbling experience, move forward and focus on this next fight.”

It didn’t take long for that next fight to come around.

A week after he lost to Maia, an injury forced Rick Story out of his co-main event assignment against Erick Silva in Saskatoon, and the man that equaled Roger Huerta’s record for most wins in a calendar year with five victories in 2014 was one of the first calls the UFC matchmakers made.

“I literally was walking out of the gym on Monday afternoon and saw I had a missed call from Joe Silva,” recalls Magny, who showcased his durability and Donald Cerrone-esque approach to his craft by stepping into the Octagon against Silva just 22 days after sharing that same space with Maia. “I called him back right away and he told me he had a spot for me on the card coming up on the 23rd. I literally ran back into the gym and put the phone on speaker, heard what he had to say with my coaches and right away said, ‘Yep, let’s do it!’”

Heralded as one to watch when he arrived in the UFC welterweight division four years ago, Silva struggled to find consistency in the cage, alternating wins and losses through his first eight fights, but he enters this weekend’s penultimate bout having earned first-round submission victories in each of his last two outings. 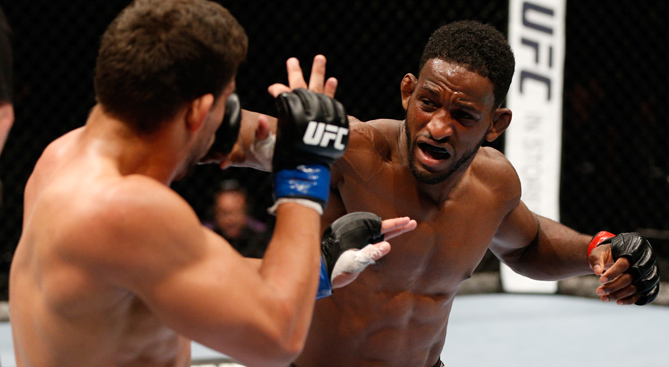 Jumping right back into the fray is a tall order, but having a wealth of video on Silva to review and build a strategy around makes Magny’s rapid return to action a little easier, as the short-notice fill-in was able to connect with his coaches and get a game plan put together in no time flat.

“Once the fight came through, I called Nate Marquardt right away and told him about the fight,” Magny, who trains alongside Marquardt, Brandon Thatch and fellow Fight Night Saskatoon fill-in Tony Sims as part of the Elevation Fight Team in Denver, Colorado, explains. “He was like, ‘Let’s get a date together to watch some film real quick and we’ll go from there.’ The very next day after training I was at his house – we watched some videos, he put together a game plan, I gave it to my coaches and we started implementing it right away.”

Despite the quick turnaround, the 28-year-old welterweight isn’t worried about his fitness or the challenges of peaking twice in three weeks – he just wants to get back in the Octagon, implement the things he learned from his loss against Maia and start a brand new winning streak.

“I felt good; my coach put me through a workout today and I recovered pretty well in terms of my heart rate coming out of that workout, so I feel like I’m good to start peaking again,” Magny recalls of his first hard workout after accepting the last-minute assignment. “I had a down week – a recovery week – but me getting right back to training allows me to pick up right where I left off.

“(As soon as the fight with Maia ended), I wanted to get back and work on the things that I did wrong technically in that fight and when it came to taking this fight, there was no hesitation – it was just ‘Okay, let’s go! Let’s get to work!

UFC Fight Night: Check out who's fighting on Sunday