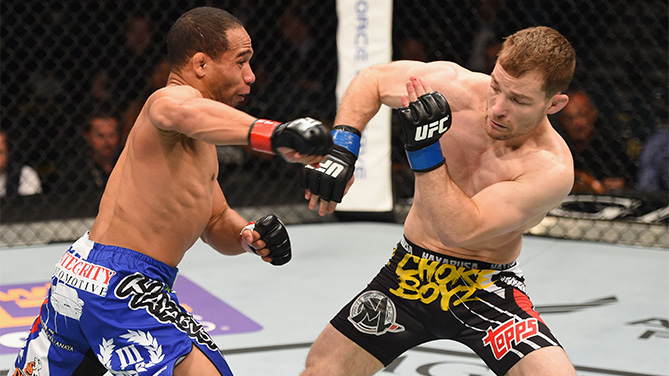 The first round was competitive and befitting a match between two top contenders, with Dodson landing several hard blows, but Makovsky taking the shots well and getting his share of offensive attacks in, especially with the left hand.

The back-and-forth action didn’t let it up in the second round, with the judges having a tough task ahead of them in terms of scoring it. Dodson may have pulled the round out late though, as he responded to a Makovsky takedown with a slam of his foe in the closing moments.

Surprisingly, the crowd booed in the third, especially considering the high-level chess match going on, and in the final five minutes, it was hard to separate the two, though some close-range counters and a brief takedown by Dodson appeared to swing the fight in the direction of “The Magician.” 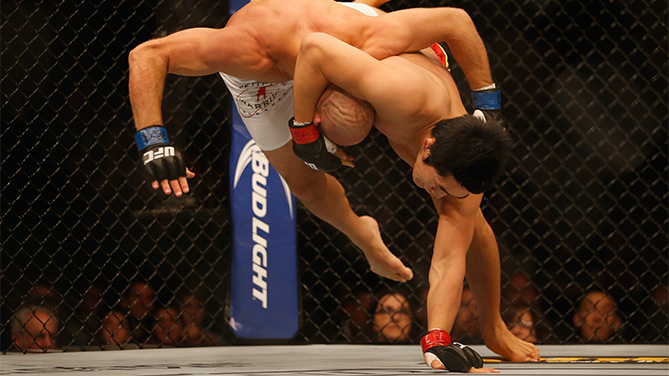 The grappling game was on full display in the first round, with Kim holding the advantage as he took Burkman’s back while standing and wouldn’t be deterred from that position for the majority of the frame.

A missed kick early in round two saw Kim (20-3-1, 1 NC) fall to the canvas, and as he rose, Burkman went on the attack, swinging wildly at the Busan product before trying for a takedown. Kim avoided the attempt and regained control against the fence, landing several unanswered shots as the action went to the mat and stayed there for much of the round.

Burkman (28-11, 1 NC) almost struck paydirt early in the third as he landed several hard knees that had Kim reeling, but the “Stun Gun” recovered, got the fight to the mat, and looked to secure an arm triangle choke. After some slick maneuvering, Kim got it, with referee Jason Herzog halting the bout at the 2:13 mark. 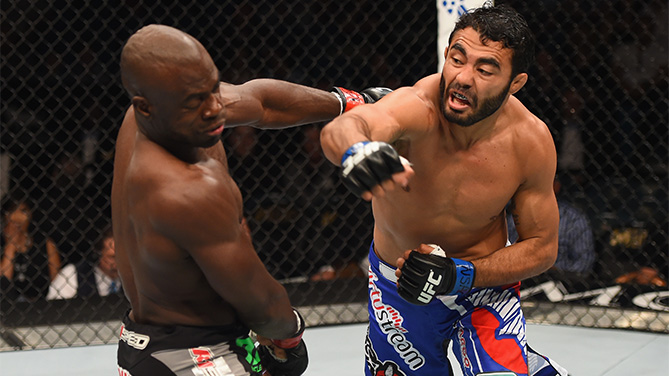 A bad blood matchup between middleweights Rafael Natal and Uriah Hall may not have resulted in a settled score, but it did end in a victory for Natal, who took a three-round split decision victory.

After a low kick by Natal opened the bout and immediately brought a halt to the action, Hall slowly but surely got into a striking rhythm, nailing his foe with several hard kicks throughout the opening five minutes while avoiding any takedown attempts.

Natal did get the fight to the mat in the second, and while he wasn’t able to do a lot of damage, he was wearing Hall down, and he kept the pressure on when the two stood and grappled against the fence. With under two minutes left, Hall broke free and was able to stay at distance, which served him well in the striking department, and he even brought the fight to the mat himself in the closing seconds.

Hall fought as if he had the fight won in round three, and Natal took advantage of it, playing the aggressor throughout and landing enough haymakers to tilt the judges’ scorecards in his favor. 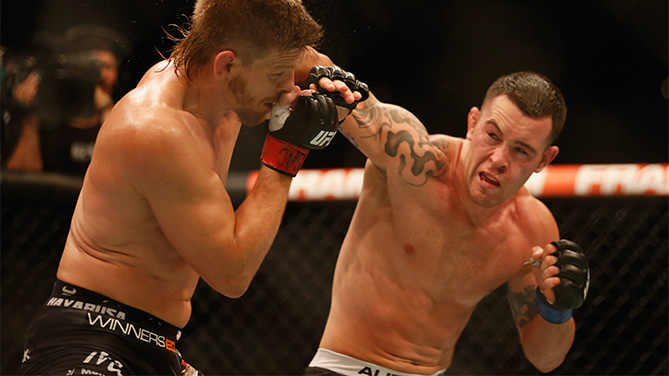 Welterweight up and comer Colby Covington made the most of his late-notice bout against veteran Mike Pyle, winning a three-round unanimous decision.

Scores were 30-27 twice and 29-28 for Covington, who stepped in for the injured Sean Spencer.

The opening round was simple to break down, Covington looking for the takedown while locking his foe up against the fence and Pyle trying to stay upright. Three minutes in, Covington got his takedown, but he wasn’t able to inflict any significant damage.

There was no change to the strategy for Covington, but he was also able to land some hard strikes en route to his next takedown. Pyle nearly caught an arm with two minutes gone, Covington easily slipping free and proceeding to land with ground strikes until referee Herb Dean restarted the action.

Pyle came out fast in the final round, looking to turn things around, but his attempt to catch Covington in a submission saw “Chaos” simply throw him off like a rag doll and put the veteran on his back once more. With less than two minutes remaining, Pyle was able to reverse position and get mount, and he nearly locked Covington up in a choke, but the Floridian got loose just in time and rode out the clock from the top position.