The late, great Tom Petty once sang that “the waiting is the hardest part” and Macy Chiasson understands that sentiment as well as anyone.

Her defeat of Shanna Young at UFC Rio Rancho in February 2020 was followed by a series of fits and starts that will mark a thirteen-month absence from the Octagon when she meets Marion Reneau Saturday at UFC Fight Night: Brunson vs Holland.

Illness, injuries--and, oh yeah, a global pandemic--have thwarted either her opponents or Chiasson herself as she attempted to reclaim her status as one of the hottest up-and-coming bantamweights in the promotion. Even this bout with Reneau is now on its third date since February 6. But with the Fortis MMA standout, the danger of a layoff is never rust, but rather working too hard. 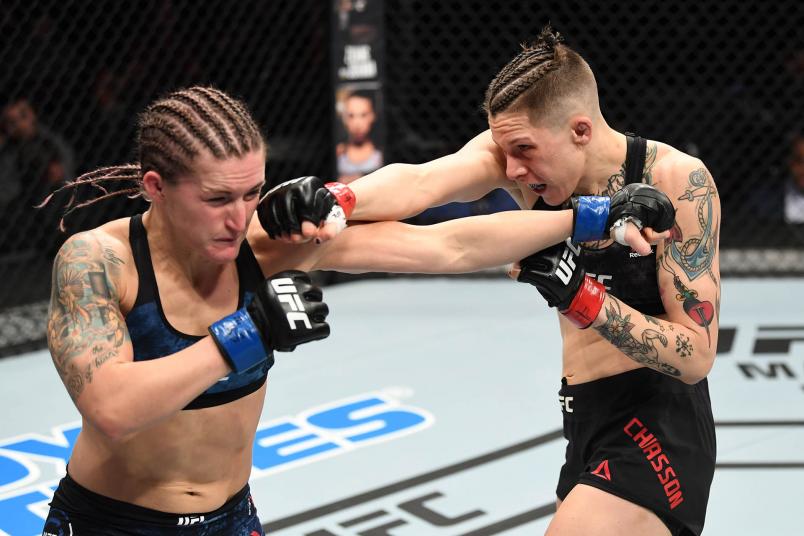 The last time out vs Shanna Young on February 15, 2020 in Rio Rancho, NM (Photo by Josh Hedges/Zuffa LLC)

“With stuff like that it starts to become a lot of pressure. Because my motivation was to just go back into camp hard. But also that’s my body telling me, ‘Look, you’ve been training for three months. You’ve been going really hard. You don’t need to put in more hard sparring.’ It just needs to be a lot of drilling and keeping yourself sharp. I think that was a good thing for me to be like, ‘Hey, let’s just chill out and get to the fight, because you’re already ready.’”

Chilling out for Chiasson probably doesn’t look like it does for you or me. It means going from three or four hard practices per day down to “only” two.

Order UFC 260: Miocic vs Ngannou For Any Device

“I’ll go on a walk, I’ll take a hike in the woods, I’ll sometimes just lay outside at the park. Maybe being under a tree or something, sitting on a bench. Doing things that get me…zen,” she says, trying to convince us that it’s not all work and no play. “It’s all about being in a good mental spot. I think that’s hard for a lot of people, especially people that are working who love to work. And I love to work. So I’m happy that I’m starting to find a balance.”

“I dialed it down to two sessions a day. But then I would make sure I was outside, grounding myself and being sure that I was in nature; being in places that had more of a meditative effect on your mind. Just trying to be in the moment and not be thinking so much about the future and so much about the past. I think that’s really important for athletes to have that middle ground. 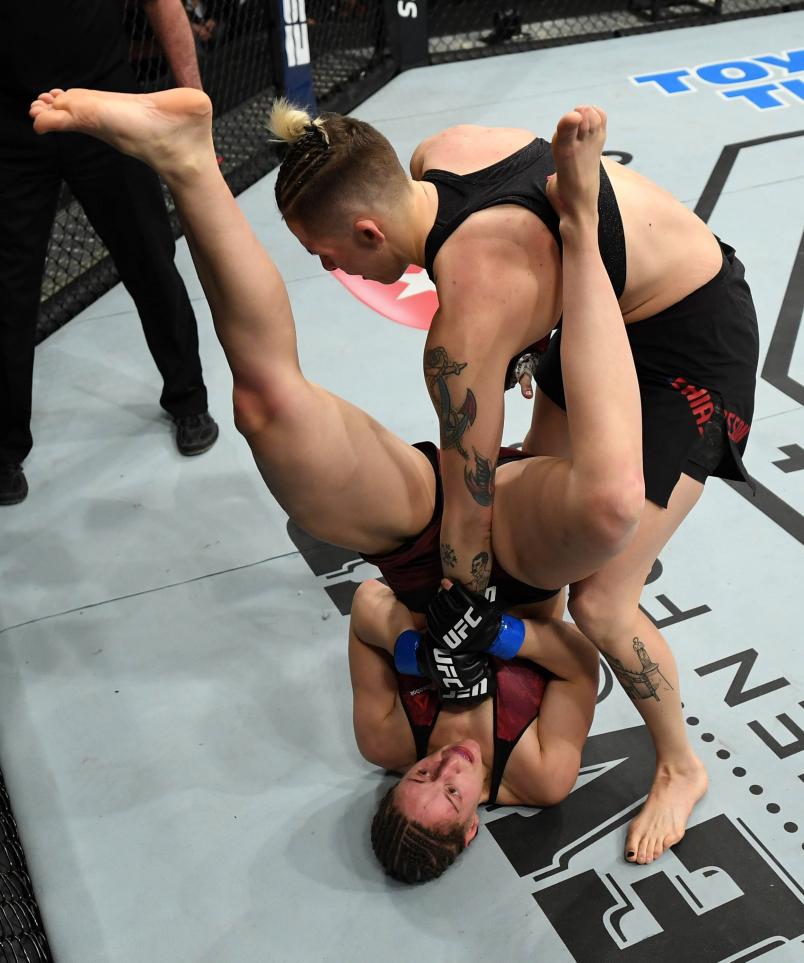 “The last few weeks has been a lot of self-reflecting and being outside more, because I train three, four times a day. It’s not about how hard at the point; it’s about the recovery, the mental space. The biggest part when you walk in there is the mental, because you’ve already put the work in. You know your body is capable of a lot of things. I wake up with a resting heart rate of, like, 36. I know I’m in good shape, right? But the days I don’t feel good it’s because I need that space, that little mental break. That’s what I love about fight week: it’s time to just chill out. And you have that one day that you’re focusing on. I’m just really happy that we’re finally here.” 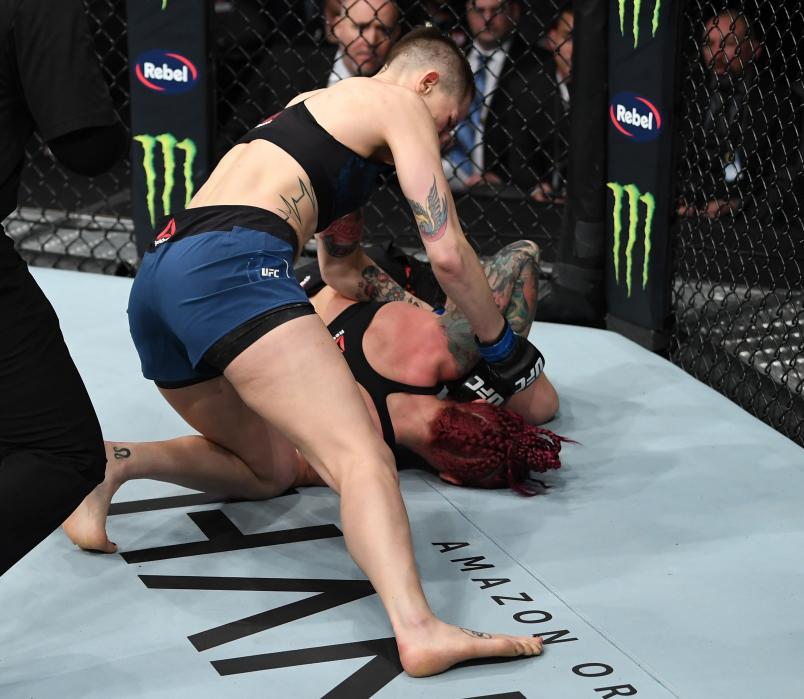 Her lone professional loss was to veteran Lina Lansberg in 2019, and she carries the lessons of that experience with her as she stares down another well-regarded vet in Reneau. There’s a temptation from the outside looking in to cast the fight as a potential changing of the guard in the division. Chiasson sees it as another chance to learn.

“There’s something to be said about someone who’s a vet and someone who has fought really good girls; it’s composure. For me, it’s can I portray composure under pressure? Can I be composed and execute my gameplans? I think that’s what I’m really trying to focus on, not being so stressful in there. Because I know I can fight, but can I be composed when I do it? I think that’s going to be a really big factor for this fight.”