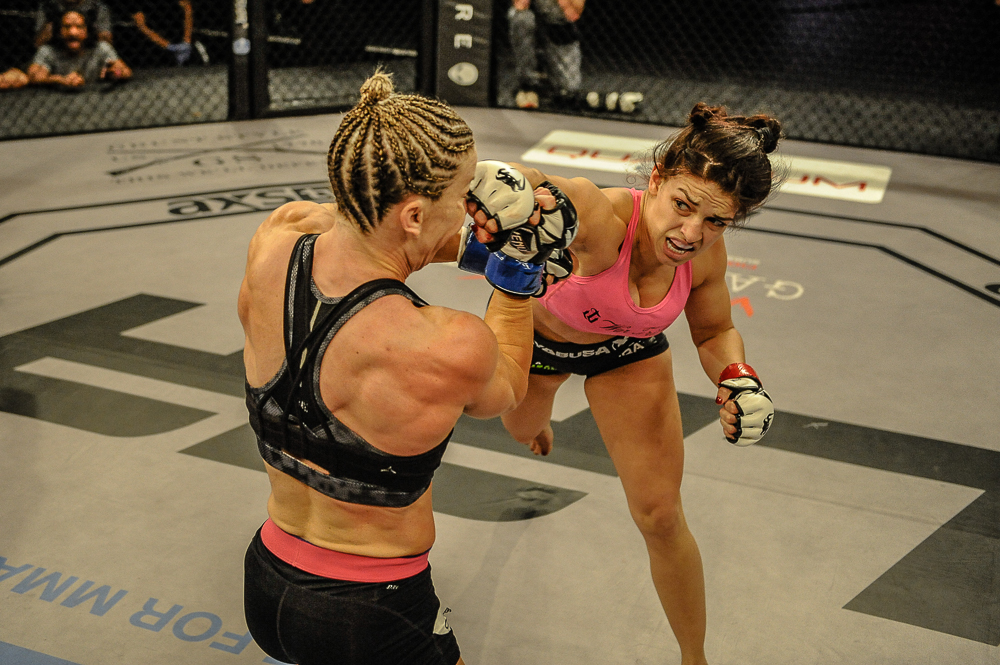 As one of the top Brazilian jiu-jitsu practitioners on the planet and the daughter of BJJ royalty, Mackenzie Dern is used to having the spotlight on her. On Dec. 8, the spotlight on the unbeaten prospect will glow even brighter as she makes her Invicta FC debut against former title challenger Kaline Medeiros.

“With the opponent that they offered and to be on UFC FIGHT PASS, and to keep growing as an athlete and try to get the fan base bigger and bigger, this was a good opportunity,” said Arizona’s Dern, who improved to 4-0 with a first-round submission of Mandy Polk in October. “Every fight is trying to get a new challenge. My opponent fought for title in Invicta before, so if I win this one, it will prove that I’m ready to go to the next step, and hopefully that’s the UFC.”

The daughter of renowned jiu-jitsu player Wellington “Megaton” Dias, the 24-year-old Dern earned world championships in the 2015 ADCC Submission Wrestling and the 2015 and 2016 World Jiu-Jitsu tournaments, establishing her as one of the best on the planet at an early age. That was just fine with her, as she didn’t want any other path than the one she was on.

“I’ve never been a person who liked to study a lot, so I never could see myself doing a different job,” she laughs. “When I got out of school, I thought maybe I could go to college for nutrition to learn that, but I never felt like I wanted to do anything besides fight. This is my lifestyle and it’s in my blood. Obviously my dad is a fighter, my stepmom (Luciana Tavares) is a fighter, and everything I do revolves around fighting. So I never thought my life would be something besides fighting. I didn’t think I would do MMA, but I didn’t think I would be doing anything else than fight jiu-jitsu.”

In 2016, though, Dern made that move to MMA, winning a three-round unanimous decision over Kenia Rosas. With all eyes on her, the 24-year-old has continued to pile up the wins, and with each fight moving her one step closer to where she wants to be, she feels like she’s on target as she approaches her Dec. 8 assignment at Scottish Rite Temple in Kansas City.

“I’m excited,” Dern said of the bout with Medeiros, who is 5-1 in her last six, with her only loss being a five-round decision to current UFC standout Angela Hill. “My very first fight I wasn’t able to submit the girl, she was so flexible, so I did all three rounds. I felt like I was in a jiu-jitsu fight, just going from submission to submission, and I couldn’t submit her, but it was good to feel that. Then I got a submission, and the next one was a lot of standup, so every fight is a different challenge.”

If she gets through this challenge, the call will go up once again, wondering when Dern will grace the UFC Octagon for the first time. She knows it’s coming.

“People have been asking that since my first one, and I’m on my fifth one now,” she laughs. “The big difference between then and now is that I didn’t have an amateur career, and I probably felt more pressure on my first fight. I just had one fight and everyone’s asking about the UFC. (Laughs) It’s a little better now. People are trying to grow with me.”

The UFC’s newly instituted flyweight division is already garnering plenty of headlines thanks to the current season of The Ultimate Fighter, and while Dern could go to either strawweight or flyweight depending on where the best opportunities are, she does admit that she’s been watching TUF 26.

“I watched a little bit because I know a couple of the girls who are on there, like Lauren Murphy, who trains with me,” she said. “I know Sijara Eubanks because I fought her in jiu-jitsu lots of times, and I fought Montana Stewart. So I was watching to see how they did, and it was pretty cool for me to see because I know everyone wants me to be at 125 and it was good for me to fight at 125 in my last fight. But the girls are so much bigger with their height and reach, and I’m trying to keep my options open.”

Wherever Dern goes, expect excitement to follow. As for what fans who may be seeing her for this first time next month should expect, she’s planning on bringing a show.

“Every time I’m trying to evolve as much as I can and I’m hoping this is going to be one of my best fights,” she said. “The whole fight camp has been strictly MMA and the fans can expect to see the best version of me. She (Medeiros) is a pretty good all-around fighter, so this is the biggest challenge and I want to be as best prepared as possible. So I’m hoping the fans see a Mackenzie that looks like she’s ready for the UFC.” 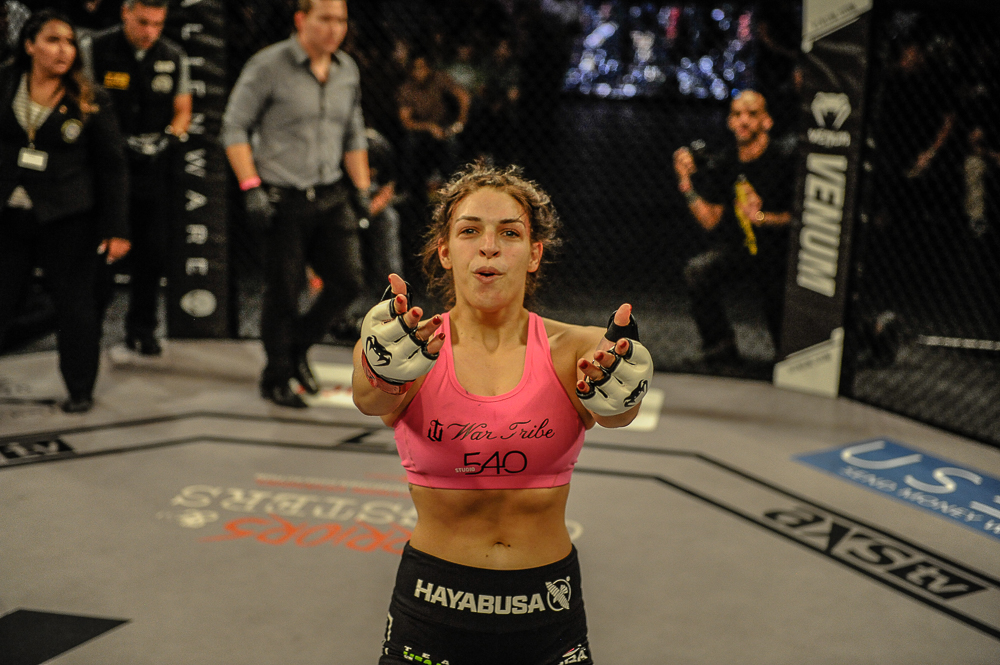 Photos courtesy of Rich Burmaster/LFA
Save