"I became more focused on details. I’m smarter in training in order to get more out of each session." - Lyoto Machida 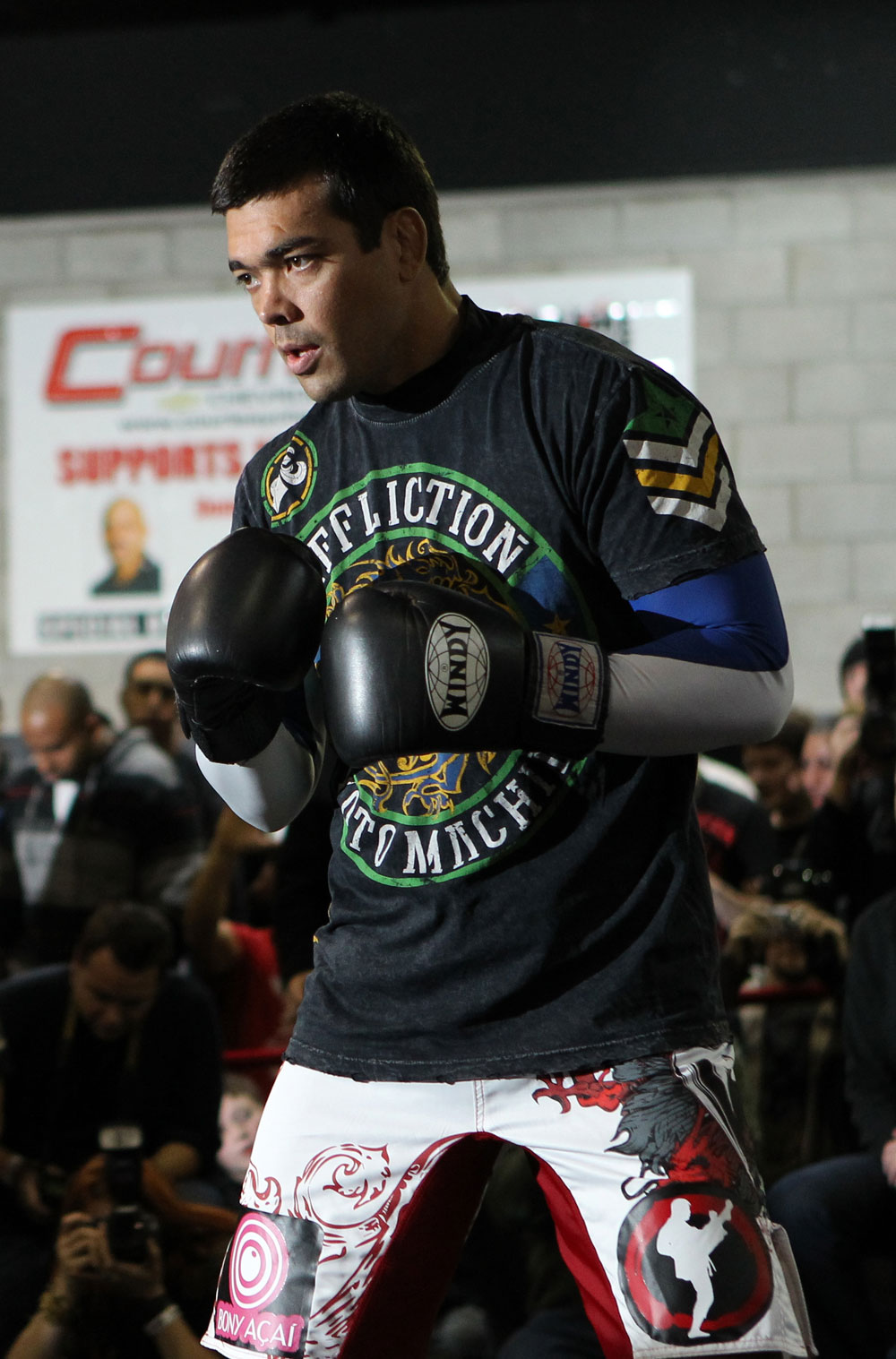 Before Jon Jones came along, swooped in and became the youngest champion in UFC history, it was supposed to be the Lyoto Machida era.

Just two and a half years ago, the unbeaten Brazilian knocked out Rashad Evans, took the championship belt in his hands and said “Karate is back.” It was the sound bite heard throughout the mixed martial arts world, and with a resume that held wins over Evans, Thiago Silva, Tito Ortiz, BJ Penn, Rich Franklin, and Stephan Bonnar, few would have argued with the idea that Machida was going to reign for a long time.

Well, you know how that story went. After a disputed decision win over countryman Mauricio “Shogun” Rua five months after winning the title, Machida lost the belt to Rua in May of 2010. A UFC 123 defeat to Quinton “Rampage” Jackson was another shocker, and suddenly a 16-0 record turned to 16-2 and many wondered if what they had seen in the Evans, Silva, and Ortiz fights was just a mirage. And no one took the fall from grace harder than the introspective Machida.

“I miss realizing my dreams and my goals, my objectives,” he said, through translator Derek Kronig Lee, when asked what he misses the most about being a world champion.

So as 2011 dawned, few would have pegged him as a title challenger come December. But Machida believed he had what it took to get back in contention and then regain the crown, and a stunning knockout of Randy Couture in April only heightened his expectations. But when he didn’t step up to face Evans in a short notice rematch at UFC 133 in August, “The Dragon” thought a short-term title opportunity was out of the question.

“In all honesty, at the beginning of 2011 I believed I would fight for the title soon, but as the year progressed I felt like that dream got further away, so I didn’t know if I would be fighting for the title this year.”

Ironically, it was an injury suffered by Evans in his win over Ortiz at UFC 133 that opened the door for Machida to face Jones in the main event of this Saturday’s UFC 140 card in Toronto, and now he gets the chance to resume a reign interrupted by the loss to Rua. So is it a different Machida than the one that first reigned over the 205-pound weight class?

“I became more focused on details,” he said. “I’m smarter in training in order to get more out of each session.”

Each trip to the gym is crucial against a fighter as dynamic as Jones, one that has earned the former champ’s respect with his performances thus far. That doesn’t mean he will be in awe of him when the bell sounds on fight night.

“I always saw him as a very versatile fighter and he has a lot of different combinations, but I only began to study him recently,” said Machida. “Every fighter poses difficulties, it’s not because it is Jon Jones or anyone else.  He has good reach, a versatile game and he fights well on his feet, on the ground and takedowns. I believe I am well-versed in all three areas as well and I believe this will be a war of strategies, that’s what will count the most in the fight.”

It’s what makes Saturday’s clash so intriguing. It wasn’t so long ago that people were saying that Machida’s style wasn’t going to be deciphered anytime soon. Now they’re saying the same thing about Jones. But if anything is a given in the light heavyweight division, it’s that as special as you may be as a fighter, in this shark tank no one lasts on top for long.

“This is the best category in the UFC,” said Machida. “We mix speed, strength and technique, and I believe it is the toughest weight class in the UFC.”

He’ll get no arguments from the other recent champions pre-Jones, as only Machida and Jackson have managed to successfully defend the title out of the five men to hold the belt in the last four years before “Bones” took the crown. But that doesn’t matter to the 33-year old challenger now. The only history he is concerned about is becoming the second man (along with Couture) to regain the 205-pound title. It would be a feat even sweeter than the first.

“Definitely, the ups and downs are important in anyone’s careers,” he said. “You improve a lot after losing, and I believe this victory will have a sweeter taste of accomplishment.”