Lyoto Machida had every reason to walk away from the sport.

A former UFC light heavyweight champion, the Brazilian superstar had accomplished a tremendous amount in his 12-year career, the last eight of which took place inside the Octagon.

In addition to winning the light heavyweight title and challenging for middleweight gold, the man simply known as “The Dragon” had delivered a series of iconic performances – from his title-winning knockout of Rashad Evans to sending Randy Couture into retirement with a real life version of The Karate Kid’s crane kick. 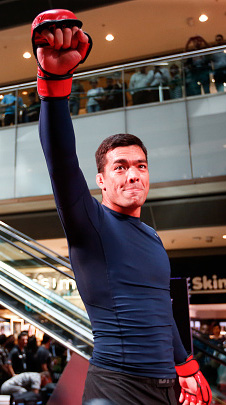 Yet having lost three of his previous four fights and after coming away from his last appearance with a broken nose that required surgery, the fighter who once seemed like an unsolvable riddle to anyone who stepped into the cage against him could have used the last two years as the first two years of the next chapter of his life; a life beyond fighting.

“I had everything to stop fighting because I was out for two years,” said Machida, who makes his return to competition against Derek Brunson in the main event of this weekend’s UFC Fight Night event in Sao Paulo, Brazil. “I had surgery on my nose right after my last fight. I had two losses in a row.”

In addition to struggling in the Octagon and going under the knife following his June 2015 loss to Yoel Romero, the now 39-year-old Machida was handed an 18-month suspension after self-disclosing that he had taken a substance listed on the U.S. Anti-Doping Agency’s list of banned substances.

Not only did the suspension scuttle a rematch with Dan Henderson and press pause on his career, but it also prompted Machida to look inward and figure out if he really wanted to keep fighting.

After a few difficult months, he finally arrived at an answer and, thankfully for fight fans, the answer was yes.

“In the beginning, it was very hard because emotionally I was very affected by the situation I went through,” he said of his forced absence and the introspection that came with it. “But after a couple of months – about eight months – I could overcome everything and I felt really good because during this time, I did some different stuff. I read a lot of books and I tried to grow as a person, as a human being, to understand everything that is happening in our life.

“Fighting is what I like to do. This is what I really know how to do and so I really wanted to come back because I like to challenge myself. I like to overcome situations and, for me, this is very challenging.”

More than two years removed from his last appearance in the Octagon, Machida isn’t returning to the same middleweight division he left behind and he’s slowly working his way back into the depths of the 185-pound ranks.

In the time that Machida has been gone, Brunson has established himself as a legitimate Top 10 talent in the middleweight division, competing six times and collecting four stoppage victories with his only two setbacks coming against current interim titleholder Robert Whittaker and iconic former champion Anderson Silva in a close, contentious battle at UFC 208 back in February.

Brandishing an aggressive style with one-shot knockout power – with underrated wrestling skills tucked in his back pocket, just in case – Brunson is a tough out for anyone competing in the middleweight division and an instant litmus test for the returning former contender.

And Machida wouldn’t have it any other way.

“When somebody asked me about who was going to be my opponent, I said I would like to fight someone who is a Top 10 fighter because I like to challenge myself; I like to prove to myself, not anyone else, that I can do this.” 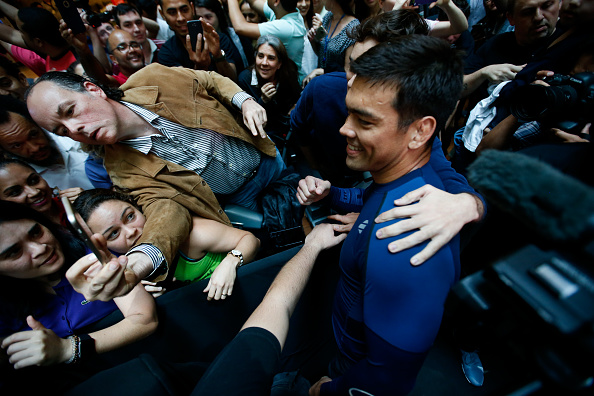 For the stoic, cerebral Brazilian, this weekend’s event is a fresh start – a chance to put the past two years and his recent in-cage struggles behind him and begin anew – and while it took him a while to be able to see things that way, he’s happy to arrive at this point and excited that this new chapter of his career will begin in his home country.

“Everything is kind of new to me,” said Machida. “Like right now I’m in the UFC office signing posters and doing this different stuff and it has been a long time since I have done that.

“At the beginning, it was very hard to think like that, but after you get more mature and you understand that nothing in our lives happens without a reason, you start understanding that it was good for me. It means a lot to me because it’s a great opportunity to be back here in Brazil in front of my crowd, in my country, so I’m really happy with that opportunity.

“I think that with that environment, with the energy that I can find here, I can give my best,” he added, excited to compete again and do so in front of the raucous Brazilian fans. “I just want to put everything I have in the Octagon; I want to give my best – to have an outstanding performance and get this victory.”