Machida Looking to Get Back in the Mix 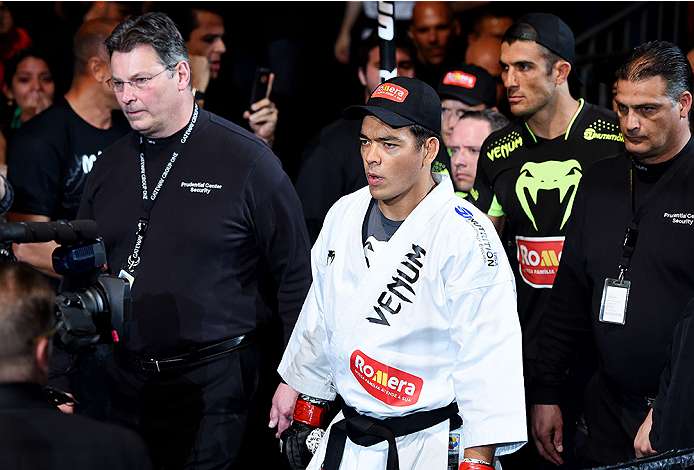 “I only focus on what it is I’m going to do in the Octagon,” Machida said. “There is always excitement to put on a good show for the fans, but I’ve been in this situation many times before in my career, and I just go out and perform my best. I like pressure, but there’s not much for me.”

There’s no secret what both these fighters bring into this bout.  Machida is known for his cobra-like timing in counter striking, while Romero is bull-like in his approach and in his power. Both men possess devastating knockout power, and Machida knows what to expect from the 38-year-old Cuban.

“Yoel is both dangerous and also very complete,” Machida said. “He’s got quite a few knockouts on his resume despite being a world-class wrestler. But I’m ready for wherever the fight goes. If he tries to bring me down early in the fight it will be my opportunity to work my jiu-jitsu and perhaps show some ground-and-pound as well.” 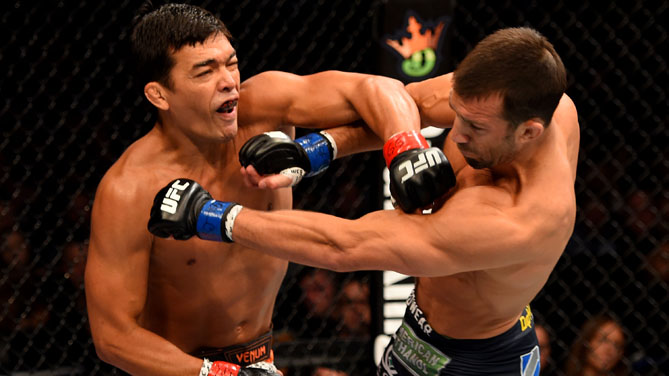 At age 37, many MMA observers believe this fight is critical to Machida’s standing both as an elite fighter, and as a contender in the middleweight division. A win over Romero will certainly thrust the former light heavyweight champion back in the mix for another title shot. However, a loss - particularly coming off a second-round submission against current number one contender Luke Rockhold - could call into question the legendary fighter’s future in the sport.

Romero, at age 38, is likely feeling pressure as well, however the pressure comes from a different place. Despite Ronaldo “Jacare” Souza being ahead of him in the 185-pound rankings, a dominant win over Machida could make him next in line for a shot at the winner of the bout between Rockhold and champion Chris Weidman. All of this talk is a bit dizzying for Machida, however.

Despite living in the present, it’s hard not to look back at “The Dragon’s” career without a bit of nostalgia.

While “The Machida Era” never quite lasted as long as the moniker would suggest, it’s easy to forget that the Belem, Brazil native went undefeated for two and a half years in the UFC before winning the light heavyweight title against Rashad Evans in 2009. He went on to defend the belt once, before losing it in a rematch against Mauricio “Shogun” Rua. 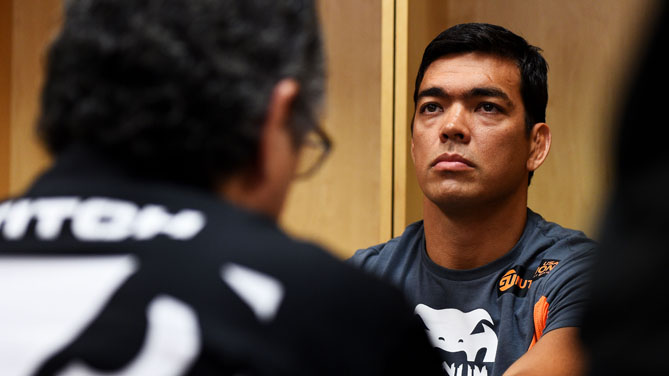 A drop to middleweight after stablemate Anderson Silva lost the title to Weidman in 2013 – something that likely would have never happened had Silva continued his reign at the top – saw Machida ascend the ranks of the 185-pound division very quickly with wins over Mark Munoz and Gegard Mousasi. He too fell short against Weidman, but bounced back impressively with a first-round KO of CB Dolloway, paving the way for yet another run at the title.

We all know what happened next: a second-round submission loss to Rockhold just two months ago, sending Machida back to the drawing board.

However, after a quick turnaround that included hand surgery, Machida has a shot to get back into the win column in short order.

“You have to be ready when the opportunity presents itself,” he said. “I always train to keep my body ready.”

Machida Karate, the style of martial arts he has learned from his father Yoshizo Machida since childhood, has inspired a new generation of mixed martial artists to bring karate back into the sport. Where once wrestling and jiu-jitsu were the dominant entrée into MMA, guys like Conor McGregor and, ironically, Luke Rockhold, have embraced the stand-up game.

“I’m happy that I have inspired younger fighters to fight this way,” he said. “I’ve been doing Machida Karate my whole life, and it’s been something that I am always proud of. For me, this career has been a blessing. To get to do what you want to do for a living is great. I am very happy with my accomplishments in the UFC. But I’m not finished yet.”

Catch all the action with UFC Fight Night: Machida vs. Romero in a middleweight fight at the Seminole Hard Rock Hotel & Casino in Hollywood, Florida.10PM/7PM ETPT.
>Hollywood Fight Card