Machida on His Middleweight Title Shot

"I knew I could fight for the title at any moment, after Dana White’s
announcements and because of the way I got up in the rankings." - Lyoto Machida 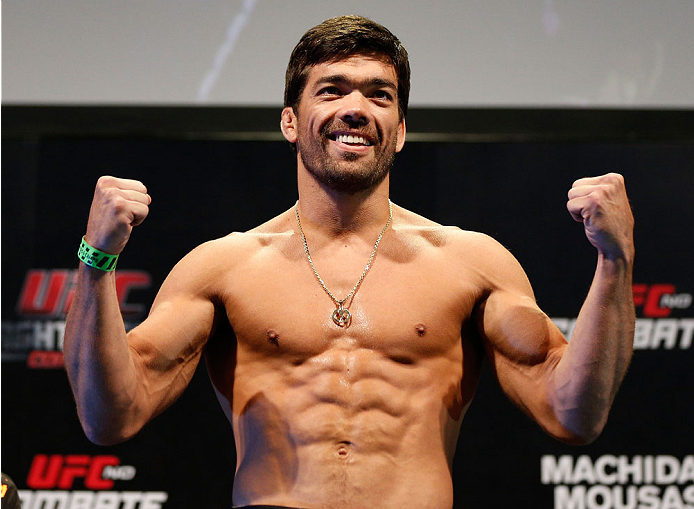 Brazil’s Lyoto Machida will face Chris Weidman for the middleweight title at UFC 173 on May 24 in Las Vegas, and he can get on the select list of fighters who have won titles in two weight divisions – something only BJ Penn and Randy Couture have accomplished. A former champion of the light heavyweight division, Machida lost his belt in 2010 to Mauricio “Shogun” Rua.

In 2013, the challenger went down to the middleweight division and got two good wins in his new weight class – the most recent one against Gegard Mousasi in Jaraguá do Sul in February. Now Machida gets Vitor Belfort’s spot against Weidman. “I was on vacation, with my family, but I was very happy with the chance,” said Machida to UFC.com.

The former champion of the UFC light heavyweight division suspected he would soon have the chance to fight for the belt in the middleweight division. “I knew I could fight for the title at any moment, after Dana White’s announcements and because of the way I got up in the rankings.”

How did you receive the news that you would fight for the title?
I was at home when Ed Soares (manager) called me and said I would have the opportunity to fight for the belt. I’m still on vacation, enjoying my family. I was surprised with the decision, I didn’t expect this fight now, but I was also very happy for the chance.

Were you following the decision the Nevada State Athletic Commission made about TRT? What are your thoughts on this?
I read in the morning that the athletic commission was going to ban the treatment, but I didn’t think it would get me my next fight.  I’m not in favor or against it. I believe we should follow the laws that  regulate our sport. When it was allowed, people were doing something within the law.  But now that is forbbiden, so there is nothing to question.

Have you returned to training and have you recovered from your last injury?
I’m not training yet, I’m suspended until next week. I’m enjoying this time to be more with my family. As for my foot, I no longer feel pain, I already walk normally and I’m walking a little faster now.

Did you watch the victories of Weidman against Anderson Silva?  What did you think of his strategy?
Of course I watched it. Chris Weidman is a well-rounded opponent, with  good cardio and and an impressive  will to win. He can knock anyone out, he has a good ground game and is ready to give a hard time in any kind of fighting style. I still don’t know what my game plan will be. I received the news a little while ago, so I didn’t speak to any of my coaches yet.