Machida Fighting with Everything to Gain

"I believe that after beating Davis there is no discussion about who is the number one contender." - Lyoto Machida 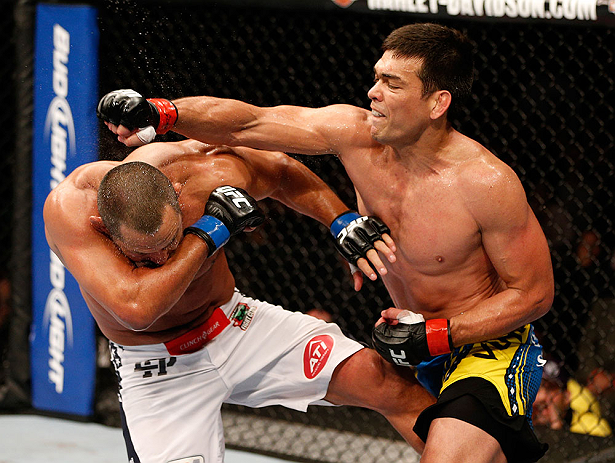 Things had moved pretty fast for Lyoto Machida in his first six pro MMA fights. How fast? Try beating Stephan Bonnar, Rich Franklin, and BJ Penn, along with kickboxing standouts Michael McDonald and Sam Greco. But when he returned to his native Brazil to face Dimitri Wanderley in April of 2006, he had no idea that he would soon be throwing fists and feet in the UFC.

“That fight was about one year before my UFC debut, but I didn't imagine it at the time,” said Machida, who moved to 7-0 that night in Manaus with a third round TKO victory. “It was a tough fight, and he (Wanderley) was very well trained for it, but I was able to come out with the victory.”

Two fights later, Machida was fighting in the Octagon, debuting at UFC 67 in February of 2007 with a decision win over Sam Hoger. “The Dragon” would go on to win the UFC light heavyweight title, lose it, then fight his way back up to the number one contender’s slot. All the while, he did it as a road warrior, never fighting at home again.

Until now. This Saturday, Machida will face Phil Davis in the UFC 163 co-main event in Rio de Janeiro, and it’s added even more incentive for the Salvador native to deliver a performance to remember for his home country fans.

“I'm very happy to be fighting again in Brazil,” he said. “I haven't fought in my country in the UFC, and with the proportions the sport has grown to in Brazil, I believe it will be a great experience.”

Beyond that, this weekend’s fight is an opportunity for the former champion to make a statement, pick up a third straight win, and get past his last fight, a snoozer of a three rounder against Dan Henderson at UFC 157 in February. As for Machida’s thoughts on the bout, he just says, “A fight is a fight, and in that fight that's how it played out. Each fight is unique.”

Fair enough, but after defeating Hendo, it was assumed that Machida would get the next shot at light heavyweight boss Jon Jones, giving him a chance to avenge his 2011 title fight loss to “Bones.” That didn’t happen though, as Sweden’s Alexander Gustafsson is getting the shot at the belt.

“I think I earned my title shot in the fight against Henderson,” said Machida, “but there are things you can't argue, so I was surprised, but my focus is now on Phil Davis.”

Davis, unbeaten in his last three, poses some interesting stylistic issues for Machida, in addition to the recent assertions of “Mr. Wonderful” that he won’t fall into the trap of playing his opponent’s game on fight night. That could force Machida into the role of aggressor, but whoever moves forward first, the karate master is planning on sticking to what got him here when it comes to his technical wizardry.

“Phil has a strong wrestling game, a good ground game, and he is a tough, athletic guy, but in this fight, technique will beat athleticism.”

If Machida sounds confident, he has plenty of history to back him up, as he’s done pretty well over the years against wrestlers, with Tito Ortiz, Rashad Evans, Randy Couture, Ryan Bader, and Henderson all on his victims list.

“I have always fought well against wrestlers, so I’m comfortable,” said the 35-year-old, who knows that he needs a big win to stay alive in the title race. And he’s ready to go get it.

“I believe that after beating Davis there is no discussion about who is the number one contender,” said Machida, who also promises something to remember for his fans in Brazil.