Machida confident 2018 will be a 'great year' 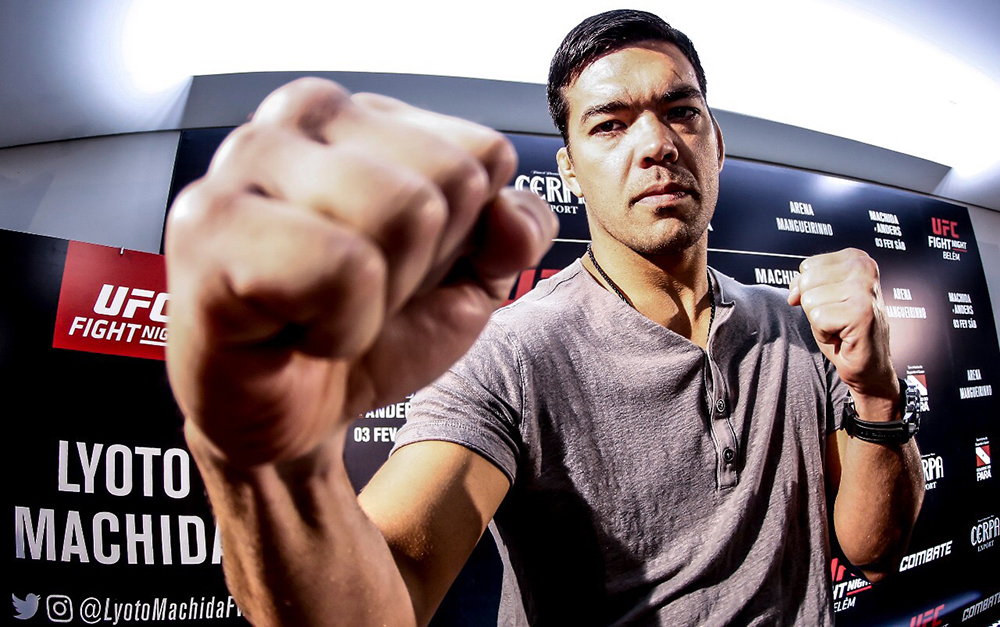 Heading into his main event showdown with Derek Brunson in October 2017, Lyoto Machida was champing at the bit to step back into the Octagon and show everyone that he was still a force to be reckoned with in the middleweight division.

Following a two-year layoff after self-reporting use of a banned substance, “The Dragon” was done serving his suspension and poised to return to the UFC cage in a headlining capacity, competing in Sao Paulo against an established Top 10 opponent. It was the exact type of matchup that would put him right back into the mix as long as he emerged victorious.

Halfway through the opening round, the bout was over and the former light heavyweight champion was left frustrated, his long-awaited return to action halted before he even had a chance to find his footing.

Just over three months later, Machida returned to the cage, squaring off with promising newcomer Eryk Anders in Belem. It was a chance to see if the former Alabama Crimson Tide linebacker was ready to be a contender in the middleweight division and what – if anything – the Brazilian veteran had left in the tank.

“It was exactly what I needed,” Machida said of his hard-fought victory over Anders in February. “It was a long fight and I was able to show that I still have a lot of stamina and I’m still able to hang in there. Obviously, I wanted to finish the fight, but Eryk is a tough guy and it lasted all five rounds.

“Even though I’m turning 40 this month, I’m still competitive,” he added. “I still want to go out there and show great results. I’m not just fighting for money or anything like that; I’m a very competitive guy and I want to see the results in the cage.”

Saturday night in Rio de Janeiro, Machida is set to face Vitor Belfort in the opening bout of the UFC 224 Pay-Per-View main card in what is presumed to be the final fight of Belfort’s lengthy career.

Standing across the cage from a retiring legend can be a difficult thing, and although he too is beloved in his home country, he’s sharing the cage with arguably the most popular Brazilian fighter of all-time and the atmosphere inside the arena when Belfort makes the walk and the fight begins is going to be unlike anything most competitors have ever experienced before.

But not Machida; he’s been in this position before.

Seven years ago in Toronto, he shared the cage with Randy Couture in what was the multi-time titleholder’s last fight and he sent “The Natural” out in memorable fashion.

A minute into the second round, Machida connected on a jumping front kick straight out of the final match at the Under-18 All-Valley Karate Tournament that sent one of Couture’s “chiclets” flying across the cage.

Machida was unfazed by the circumstances of the bout and prepared for the retiring Couture the same way he did every other opponent and he’s taken the same approach heading into this weekend’s bout with Belfort at Jeunesse Arena.

“I’m very happy. I can’t wait for this fight to happen,” he said of Saturday’s bout with Belfort, who was set to compete for a final time in January before his bout with Uriah Hall was scratched at the 11th hour. “I want to get in the Octagon and show what I’ve been working on. I’m very happy with this fight.

“I have a mindset right now that I’m going to face the best Vitor there is. I’m not thinking of this being his last fight or anything – I know he’s going to go in there and do his best.”

Having shaken off the rust and rediscovering his rhythm three months ago against Anders, Machida has proven he’s still deserving of a place in the thick of the 185-pound weight class and is excited to make the most of the opportunities in front of him this weekend and over the final seven months of the year.